Ken Krimstein's cartoons have been published in the New Yorker, Barron's, The Harvard Business Review, Prospect Magazine, Punch, The National Lampoon, the Wall Street Journal, Narrative Magazine, and three of S. Gross’s cartoon anthologies. His humor writing has been in The New York Observer’s “New Yorker’s Diary” and humor websites, including McSweeney’s Internet Tendency, Yankee Pot Roast, and Mr. Beller’s Neighborhood. A book of his Jewish-themed cartoons, Kvetch as Kvetch Can, was published by Random House/ Clarkson Potter. In addition to teaching at De Paul University and The School of the Art Institute of Chicago, he is also an advertising creative director. The Three Escapes of Hannah Arendt is his most recent book. 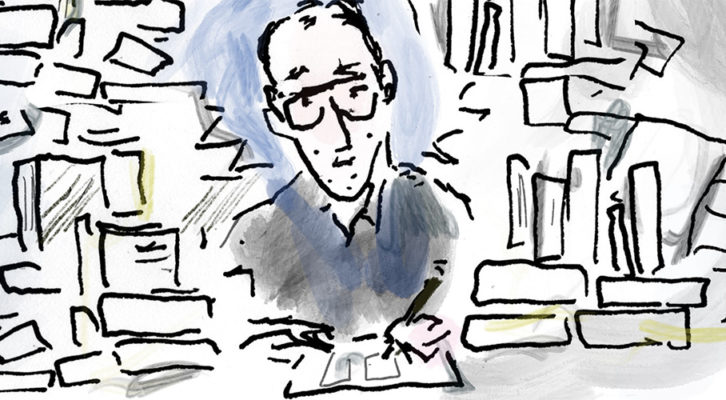 Hannah Arendt, Comics, and Me