Ibtihaj Muhammad is a fencer and the first Muslim American woman in hijab to compete for the United States in the Olympic Games. She is also the first female Muslim American to medal at the Olympic Games, winning bronze in the women’s saber team event. Named one of TIME magazine’s 100 Most Influential People In the World, she serves as a sports ambassador for the U.S. State Department, cofounded Athletes for Impact and the clothing company Louella, and inspired the first hijabi Barbie in her likeness. 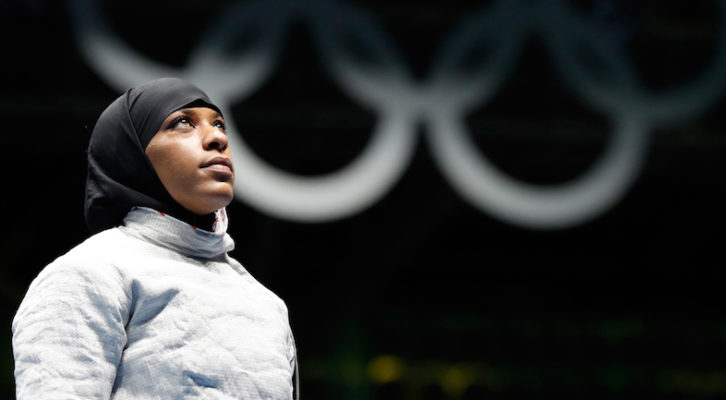 Ibtihaj Muhammad: Finding a Home in the (White) World of Fencing