Born in Québec City, Canada, in 1966, Guy Delisle now lives in the south of France with his wife and two children. Delisle spent ten years working in animation, which allowed him to learn about movement and drawing. He is best known for his travelogues about life in faraway countries, Burma Chronicles, Jerusalem: Chronicles from the Holy City, Pyongyang, and Shenzhen.
In 2012, Guy Delisle was awarded the Prize for Best Album for the French edition of Jerusalem at the Angoulême International Comics Festival. 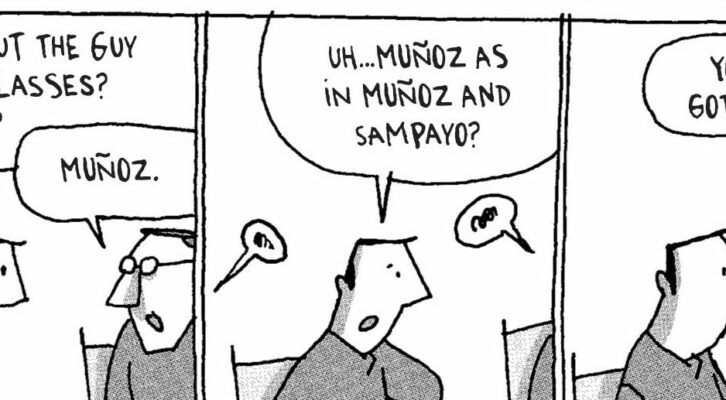