Faïza Guène is a French writer and director. She was born in France in 1985 to parents of Algerian origin. Spotted at a writing workshop at the age of 18, Faïza made an astonishing literary debut with the international bestseller, Kiffe kiffe demain (Hachette Littératures, 2004), which has been translated into over thirty languages. This was followed by five further novels Du rêve pour les oufs (Hachette Littératures, 2006), Les gens du Balto (Hachette Littératures, 2008), Un homme, ça ne pleure pas (Fayard, 2014), Millénium Blues (Fayard, 2018) and La discretion (Plon, 2020). Faïza has acquired a reputation as one of France’s most unique contemporary literary voices. She also writes for film and TV, and is currently one of the principal writers on Disney Europe’s series Oussekine.

Sarah Ardizzone is a translator from the French-speaking world with some fifty titles to her name. Her work spans picture books, graphic novels and travel memoirs as well as children’s, young adult and literary fiction. Notable authors include Alexandre Dumas (a fresh version of The Nutcracker), Faïza Guène, the outspoken young French Algerian voice from the banlieue, and former ‘dunce’ Daniel Pennac, whose autobiographical polemics about education are illustrated by Quentin Blake. Twice recipient of the Marsh award, she has won the Scott-Moncrieff prize and a New York Times notable book accolade. 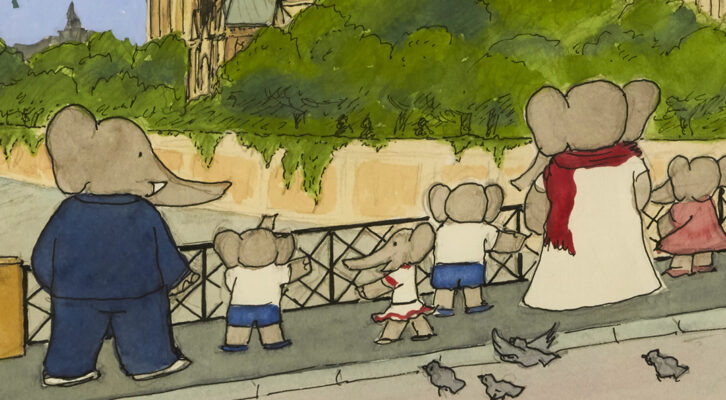 On Babar: Model of Integration or Crumbling Myth?