Emmanuel Acho grew up in Dallas with his three siblings, the son of Nigerian immigrant parents. In 2012 he was drafted into the NFL by the Cleveland Browns, and later played with the Philadelphia Eagles, while earning a master’s degree in sports psychology at the University of Texas in the off-seasons. In 2016 he left the NFL for ESPN, where he served as the youngest national football analyst, and was named a 2018 Forbes Under 30 Selection. He is now a Fox Sports analyst and the creator of the ongoing online video series “Uncomfortable Conversations with a Black Man.” 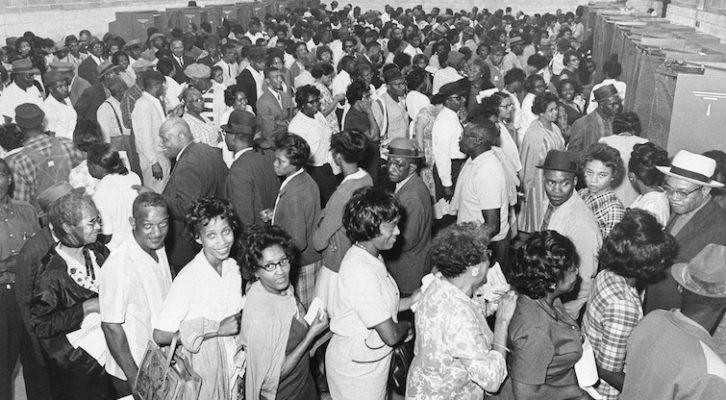 The Lasting Legacies of Voter Suppression and
the Electoral Fix