Don DeLillo is an American novelist, playwright and essayist. His works have covered subjects as diverse as television, nuclear war, sports, the complexities of language, performance art, the Cold War, mathematics, the advent of the digital age, politics, economics, and global terrorism. Initially a well-regarded cult writer, the publication in 1985 of White Noise brought him widespread recognition, and was followed in 1988 by Libra, a bestseller. DeLillo has twice been a Pulitzer Prize for Fiction finalist (for Mao II in 1992 and for Underworld in 1998), won the PEN/Faulkner Award for Mao II in 1992 (receiving a further PEN/Faulkner Award nomination for The Angel Esmeralda in 2012), was granted the PEN/Saul Bellow Award for Achievement in American Fiction in 2010, and won the Library of Congress Prize for American Fiction in 2013. 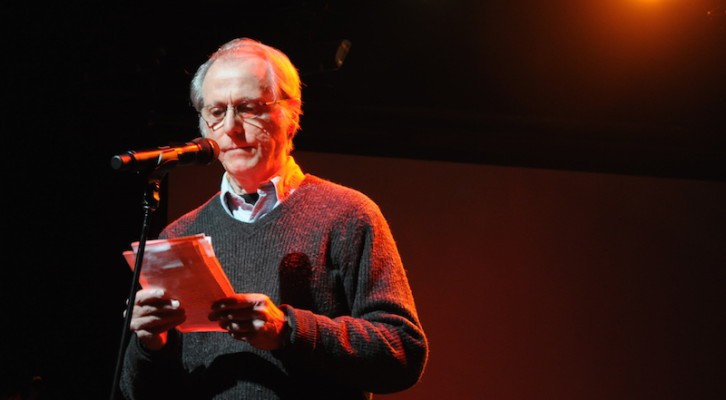 From His Speech at the 2015 National Book Awards