Darmon Richter is a British writer and researcher. In addition to running his own personal website, Ex Utopia, Darmon’s writing has appeared on a wide range of platforms including Atlas Obscura, Foreign Affairs, and CNN, and in 2016 he authored four chapters for the book Global Undergrounds (Dobraczyk, Galvis & Garrett, Reaktion Books). His photography has been featured in all kinds of places, from The Telegraph to Buzzfeed to Scientific American, and in exhibitions in six countries—including an installation at the North Macedonian Pavilion for the 16th Venice Architecture Biennale. Chernobyl: A Stalkers' Guide (FUEL, 2020) is his debut book. 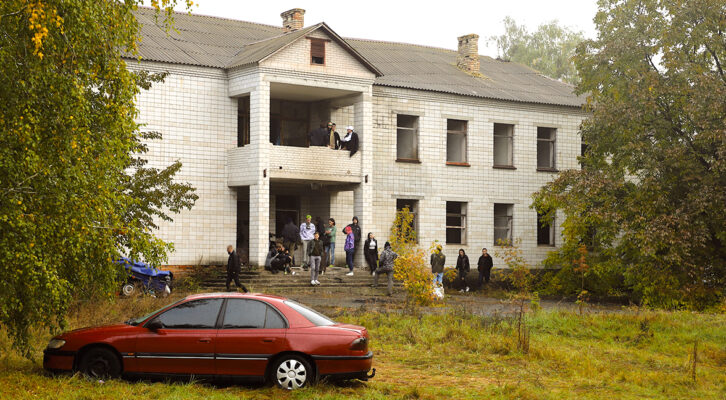 “When they closed the Zone it became a dead end. It’s good to see young people here!”