Bill Lavender is a poet, novelist, musician, carpenter and publisher living in New Orleans. He founded Lavender Ink, a small press devoted mainly to poetry, in 1995, and he founded Diálogos, an imprint devoted to cross-cultural literatures (mostly in translation) in 2011. He is the author of seven books of poetry, two novels, and numerous poems, stories and essays in print and web journals and anthologies. His verse memoir, Memory Wing, was published by Black Widow in 2011. His novel, Q, a neo-picaresque view of the surreal world of the future, appeared from Trembling Pillow in 2013. He is the co-founder, with Megan Burns of Trembling Pillow Press and of the New Orleans Poetry Festival. 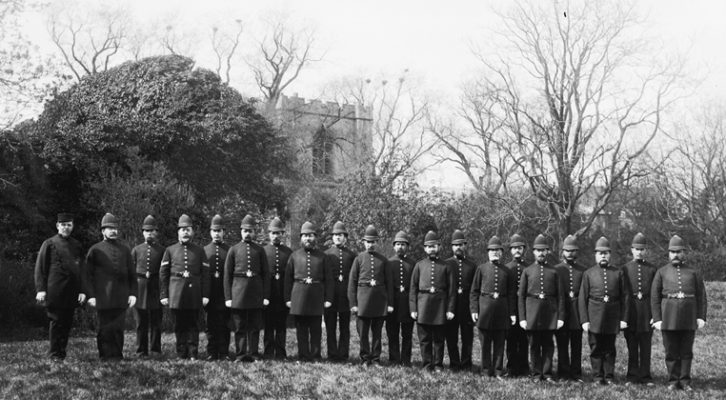 The Police Came Into Being to Answer a Single Question:
Who Owns What?