Bev Sellars was chief of the Xat’sull (Soda Creek) First Nation in Williams Lake, British Columbia, for 12 years, and she served as a member of its Council. Sellars returned to the First Nations community of Soda Creek after an extended period of “visiting other territories.” While she was away, she earned a degree in history from the University of Victoria and a law degree from the University of British Columbia, and she served as adviser for the B.C. Treaty Commission. She was ﬁrst elected chief in 1987 and has spoken out on behalf of her community on racism and residential schools and on the environmental and social threats of mineral resource exploitation in her region. 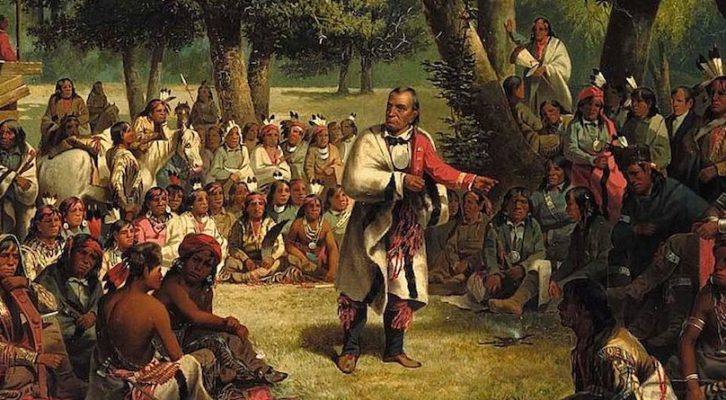 What We Owe the Aboriginal People of the Americas: A Debt That Cannot Be Repaid