Derek Gow is a farmer and nature conservationist. Born in Dundee in 1965, he left school when he was 17 and worked in agriculture for five years. Inspired by the writing of Gerald Durrell, he jumped at the chance to manage a European wildlife park in central Scotland in the late 1990s before moving on to develop two nature centers in England. He now lives with his children, Maysie and Kyle, on a 300-acre farm on the Devon/Cornwall border which he is in the process of rewilding. Derek has played a significant role in the reintroduction of the Eurasian beaver, the water vole and the white stork in England. He is currently working on a reintroduction project for the wildcat.

Ben Goldfarb is an independent journalist and the author of Eager: The Surprising, Secret Life of Beavers and Why They Matter (Chelsea Green Publishing, 2018), which the Washington Post called “a masterpiece of a treatise on the natural world.” He is currently at work on his second book, on the ecological history of roads. 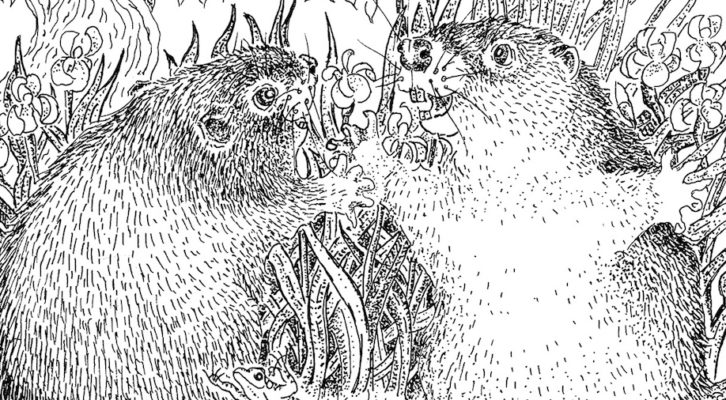 All Hail the Beaver, Mighty Linchpin of the Natural World