Aleksandr Solzhenitsyn (1918–2008), Nobel Prize laureate, was a Soviet political prisoner from 1945 to 1953. His story One Day in the Life of Ivan Denisovich (1962) made him famous, and The Gulag Archipelago (1973) further unmasked Communism and played a critical role in its eventual defeat. Solzhenitsyn was exiled to the West in 1974. He ultimately published dozens of plays, poems, novels, and works of history, nonfiction, and memoir, including In the First Circle, Cancer Ward, The Oak and the Calf, and Between Two Millstones, Book 1: Sketches of Exile, 1974–1978 (University of Notre Dame Press, 2018). 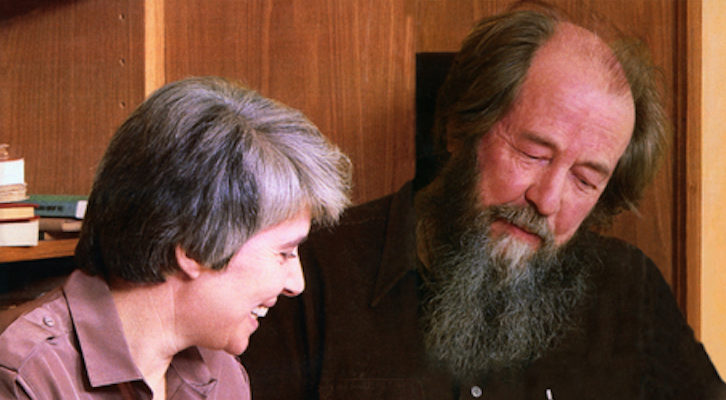 "Alya helped me, as no one else could, with her criticism,
her advice, her challenges."