After fleeing Somalia, Ahmed Ismail Yusuf lived in several states but has lived in Minneapolis, Minnesota since 1997. He did not speak English when he arrived, he was a high-school dropout, and he was not sure what his actual age was. Today he has two college degrees and is the author of Somalis in Minnesota, published by the Minnesota Historical Society Press, and Gorgorkii Yimi, a collection of stories in Somali, published by Ponte Invisible. In February 2018, The History Theatre of St. Paul, Minnesota produced his play, “A Crack in the Sky,” a memoir about how Yusuf found inspiration in Maya Angelou and Malcolm X during his early days as an immigrant to the U.S. 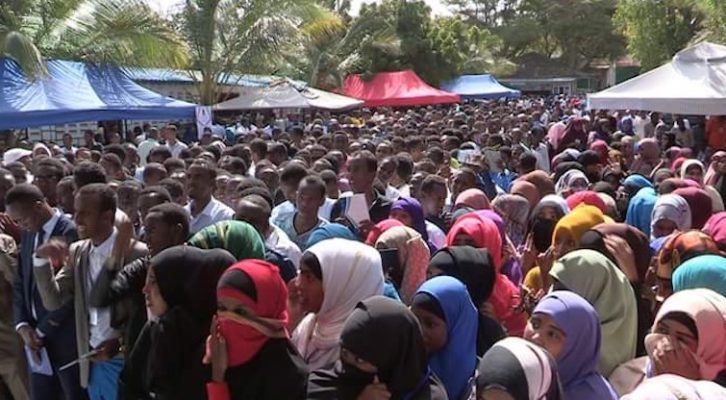 At the Mogadishu Book Fair, Literature Is Hope

Writer Ahmed Ismail Yusuf on Going Home After Decades Away