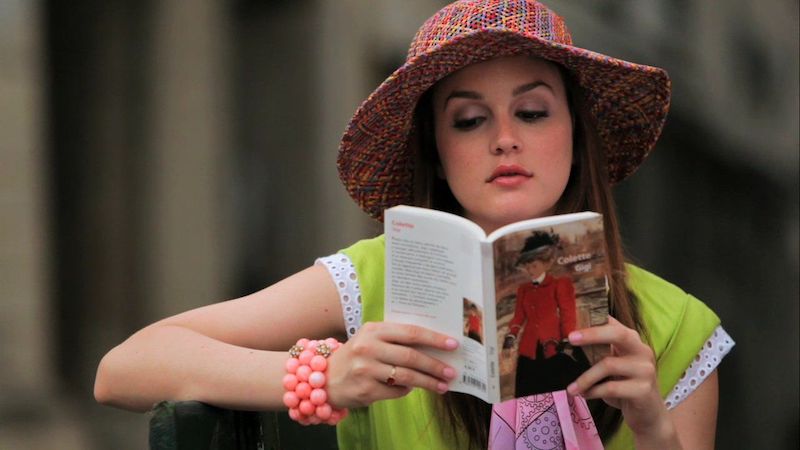 Though it was apparently sold a while ago, it’s just been announced that Max Brooks, the bestselling author of World War Z, will be publishing another book entitled Devolution in spring 2020: “a found-document novel chronicling a horrific Sasquatch attack on an isolated Pacific Northwest eco-community.” I can see the film companies lining up as we speak.

You can always get my attention with “pitched for fans of Shirley Jackson,” so I’m already excited for Jo Kaplan’s It Will Just Be Us, a “modern Southern Gothic horror novel” that looks at “the flawed relationships between three women, the haunted house that binds them together, and the terrors it holds.” Coming when it gets cold in 2020.

Cecily von Ziegesar, author of the series of books that became Gossip Girl, has sold a new novel called Cobble Hill (I wonder where it’s set?) “in which four married couples and their teenage children experience a series of misadventures and deceptions, exposing unlikely kinships between neighbors and the secret storms brewing inside the perfectly manicured brownstones of South Brooklyn.” Ditto what I said above about Max Brooks.

Tanaïs, author of Bright Lines, has sold a new book, In Sensorium, which is described as “part memoir and part investigation into our most primordial, difficult-to-describe sense—scent—that examines the ancient, syncretic, and colonial histories of perfume, while documenting a sensorium of the Ganges River, from its source in India to its end in Bangladesh, as an elegy to our rapidly vanishing natural world.”

Longtime Believer editor and host and producer of the Organist podcast Andrew Leland has sold a nonfiction book called The Country of the Blind, described as “a blend of personal narrative, reporting, and cultural criticism that probes the nature of blindness as a distinct way of being in the world, written as the author is in the midst of an eye condition that is gradually eroding his vision and will eventually leave him fully blind.”

And the debut of the week goes to Stegner fellow, NEA fellow, Provincetown fellow, Iowa Writers’ Workshop graduate Stephanie Soileau, who just sold two books to Little, Brown: a novel, Terre Bonne, which follows “a family across four centuries from France, to Acadia, to the bayous of Louisiana, where land disputes and environmental catastrophes echo down through the generations in an eventual cataclysm,” and a short story collection, Last One Out Shut Off the Lights, pitched for fans of Lauren Groff’s Florida, which features “a cast of Cajun characters trying to get a foothold in a world forever washing out from under them.”