A Literary Scene at the Edge of the Desert

Arizona doesn’t make much sense to me. But that’s an improvement over how I perceived the state when I moved here two and a half years ago, when I thought I had it all figured out. Red state. Sheriff Joe. Governor Jan Brewer wagging her finger in the President’s face, signing one law that demonized immigrants and taking her time to veto one that would’ve done much the same to the LGBT community. Amy’s Baking Company.

Politically, the state still grates on me as somebody who grew up in an immigrant household and who’s only lived in blue states—in early March Governor Doug Ducey signed a new voter suppression bill into law. But: A plurality of voters here are independent. My representative is the first openly bisexual person elected to Congress. People are alert to environmental concerns to a degree that escapes people out east. Quirky enclaves bloom in Flagstaff and Sedona. Doug Stanhope. Luis Alberto Urrea.

All of which is to say that strolling through the Tucson Festival of Books, now in its eighth year on the University of Arizona campus, is a schizophrenic and reassuringly Arizonan experience, equal parts serious business and freak-flag. Much of the grounds are given to a UA-sponsored “Science City,” stuffed with tents and displays where kids can play with remote-controlled Lego bots and try physics experiments—fun stuff that’s also indicative of the state’s eagerness to breed a Silicon Valley-style startup culture all its own. But elsewhere, amid the pop-up bookstores and info tables for writers’ groups, every other booth seems to be slinging alternative spirituality: Eckanbar, MasterPath, Edgar Cayce, Baha’i. The International Dark Sky Association’s booth abuts one for medical cannabis boosters. UA students are gone for spring break, but the older, lefty crowd that attends (Bernie stickers abound) is apparently willing to consider every freshman-dorm enthusiasm under the sun.

Tucsonites love to fling this scruffy, liberal, purportedly integrated and authentic self in the face of Phoenicians, who are universally perceived as beige inhabitants of a water-hoovering, unsustainable metropolis. Early on the first day, Paolo Bacigalupi read from his 2015 novel, The Water Knife, a near-future dystopian novel about water wars between Arizona and Nevada. Phoenix has been transformed into a Mad Max landscape, and when Bacigalupi gets to the bit about how Phoenicians “never owned their problems,” the audience loudly applauds. Just as they laugh when the moderator introduces co-panelist Matt Bell (Scrapper) as a teacher at “some other university in Phoenix to the north.”

Some of this is dumb but long-lived Wildcats-versus-Sun Devils nose-tweaking. But bubbling underneath the rivalry is a serious debate about how the state confronts (or avoids) its pressing issues—child services that are a national embarrassment, underfunded schools, bureaucratic bungling at the VA, poverty in its Native American communities. And, of course, immigration. During one panel on women reporting on border issues, tucked into a small open-air tent instead of one of the larger rooms in the campus buildings. Tucson Weekly reporter Margaret Regan related the high-level dysfunction that plagues the justice system in Arizona, especially as deaths in the desert began rising in the past 15 years. Regan described one Mexican immigrant

, “Yolanda,” who’d been held in a detention facility in middle-of-nowhere Eloy for two years, separated from her three children, after being caught in a prostitution ring. Immigration and Customs Enforcement pushed hard for her deportation, while the Department of Justice, recognizing that she was a victim of an abusive relationship and all but forced into sex work, pushed for a visa, which she eventually received.

Yolanda got her story heard, but many others slip through the cracks. “The only reason I knew about Yolanda,” Regan says, “is because she happened to get a pro bono attorney.”

But allow me to be a typical Arizonan and change the subject. As a critic myself, the line for “The Art of the Book Review” is so lengthy that it gives me hope for the future of the form, so long as I don’t try too hard to calculate the median age of those waiting. On the panel are Fresh Air’s Maureen Corrigan and my friend Louis Bayard, who gets approving nods when his accomplishments as a critic are listed and louder oohs when his status as the New York Times’ Downton Abbey

recapper is mentioned. It’s a full crowd, though it’s clear quick that some are here because they’re more interested in receiving a review than writing them. Shortly before the session starts, a woman sitting in front of me leans toward the people next to her, and asks, “Could I interest one of you in buying a book of dog poems?” They politely decline.

(I lean forward a bit to catch a glimpse of the book she’s proffering. Nope, not Mary Oliver.)

It’s a fun panel, where for Karl Ove Knausgaard accidentally becomes Exhibit A for a number of issues in criticism—proof of the bloat of novels today, of the need for a good takedown, and so on. But I’m not sure these nuances penetrate. When the Q&A session is introduced, the woman in front of me shoots her hand up: “Do you review poetry?”

Books are how I’ve oriented myself in every place I’ve had a fixed address—Chicago, San Francisco, Washington, D.C., Phoenix—and one of the first books I was encouraged to read upon my arrival here was Edward Abbey’s 1968 memoir, Desert Solitaire. At the time it struck me as an odd selection—it’s not about Arizona but instead Abbey’s stint as a ranger in Arches National Monument in Utah. Stick around long enough, though, and it becomes clear that Abbey is to the greater Southwest what Mark Twain was for the nether reaches of the Mississippi River or Annie Dillard for Virginia—a witty truth-teller about the beauty of the landscape and how stupid old humans fail to appreciate it. (Outside the Southwest, the only Abbey book most bookstores carry is his 1975 novel, The Monkey-Wrench Gang, but over here Desert Solitaire is his towering achievement.) So there’s a long standby line to attend a late-day panel on Abbey’s legacy in the large auditorium of the Modern Languages building.

The speakers include David Gessner, author of All the Wild That Remains, a dual biography of Abbey and Wallace Stegner, and Sean Prentiss, author of the memoir Finding Abbey, about his search for the writer’s undisclosed grave somewhere in Arizona’s portion of the Sonoran Desert. (Abbey’s epitaph: “No comment.”) The session is awkward listening—the panelists’ instinct to praise Abbey before a crowd of fans runs alongside their need to acknowledge that he could be a cantankerous bigot. “It might be wise for us as American citizens to consider calling a halt to the mass influx of even more millions of hungry, ignorant, unskilled, and culturally-morally-genetically impoverished people,” he once wrote.

Prentiss’ efforts to contextualize Abbey’s argument as part of a larger protest against overpopulation isn’t meant to excuse Abbey, but nor is the direct confrontation that many in the crowd would rather avoid anyhow. When a member of the audience calls out the stubbornly male perspective of Desert Solitaire, how women are hardly ever mentioned by name in the book, a few people around me wriggle uncomfortably in their seats. But again, this place is complicated: Luis Alberto Urrea once called Abbey a “politically incorrect, Mexican-excoriating bastard

,” but admired him as well: “ He angers the effete, and he utterly seduces his readers into absorbing his pith as if we were amoebas. And, sometimes, he hurts us.”

Well, there’s one sure-fire way to square this circle—offer a few of Abbey’s most biting lines, preferably one that everybody can agree on. And Gessner knows just the right one for this crowd. “Phoenix,” Abbey once wrote, “should never have been allowed to happen.”

It brings the house down. Of course.

Reading Lessons from My Teenage Self 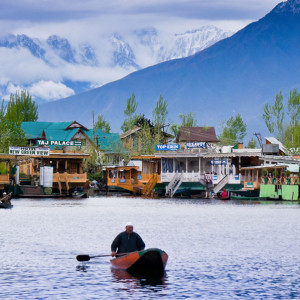