At the Qalandia Checkpoint: The Occupation’s Humiliation Machine

From Ben Ehrenreich's The Way to Spring

The first time I crossed Qalandia by foot was in the spring of 2011. I was staying with a friend from Jayyous. The wall had wrecked the economy there. Among other things. There was no work, and the horizon had been literally cemented off. He and his brothers moved to Ramallah, where they shared an apartment not far from the al’Amari refugee camp. I slept in their dining room on a narrow bed pressed up against the wall.

One morning, a few minutes before my alarm was set to ring, I woke to a door squeaking open. Two bare legs shuffled past me toward the bathroom. I heard water running, the toilet flushing. When the bathroom door opened, a light-haired woman in her twenties walked by and disappeared into one of the brothers’ bedrooms. I got up, pulled on a pair of pants, and lit the stove to boil water for coffee. The woman emerged from the bedroom. I mumbled a good morning. She nodded, miserably, and made a small show of pulling her key to the apartment from her pocket and placing it on the coffee table.

“The key,” she said. Then she opened the apartment door, and left.

I hadn’t seen her before and if I ever met her since that day—which I likely did, because Ramallah is an overgrown village—I didn’t recognize her, so I never learned what happened. It was clear enough from her  eyes, though, and from the tense slump of her shoulders, that I had been the unwanted witness to a breakup, and the beginning of a very bad morning. I choked down a cup of coffee, grabbed my bag, checked my pockets for my wallet and passport, and locked the door behind me.

I had an appointment in Bethlehem, which meant that I had choices. I  could flag a taxi to the center of Ramallah and take another shared taxi  from the bus station there straight to Bethlehem. Or not straight exactly—Jerusalem lay between the two cities, which meant that long, wide loop  through the Container checkpoint and Wadi Naar. Which meant it might  actually be faster to hop a taxi to Qalandia, cross the checkpoint on foot,  and take a bus from the Jerusalem side to the main depot on the Nablus  Road in East Jerusalem, where I could catch another bus to Bethlehem.  Such conveniences, of course, were not available to everyone.

So it was that I ended up weaving my way between the cars idling as  they waited and inched and inched and waited in the shadow of the wall.  Maybe it’s the stonecutters’ yard a few hundred meters away, or the exhaust  from all the idling cars and trucks and buses, or the black powder left by  burning tires, but I do not believe there is any spot in Palestine dustier than Qalandia. Until 2000, there was no checkpoint there at all, just a road like  any other leading from one city to another. That year, the monster was  born. It began as a humble mound of dirt where Israeli soldiers occasionally  stopped cars to check their drivers’ papers. In 2001, concrete barricades  appeared. In 2003, the watchtower. Two years later, the Israelis razed a hill  and built the wall. Tollboothlike structures went up, and a vast and well-named “terminal” sheltering a warren of caged passageways, turnstiles, and  inspection booths behind bulletproof glass. It kept growing, mutating, the  barriers moving, the routes and rules shifting week by week and sometimes day by day. Uncertainty was part of the point, the constant reinforcement of “the radical contingency at the heart of daily life,” to borrow a phrase from the scholar Nasser Abourahme. Despite its ever-shifting face, the checkpoint would come to feel like a permanent feature of the landscape.

Technically, Qalandia fell within the municipal boundaries of Jerusalem, but when the wall was built, it became a border crossing between Israel and the West Bank. It developed its own ecosystem, as borders do. You could buy cigarettes without leaving your car, or SpongeBob bedspreads, or plastic jugs of purple pickled eggplant. Men sold coffee and kebabs from carts. Women sold produce or stood begging with their infants in their arms. Kids hawked chewing gum and Kleenex and pirated CDs to the waiting cars, or smeared their windshields clean with dirty rags. Outside, Qalandia was its own market, its own world.

Inside it belonged to Israel. That morning, I walked past the concrete blast walls and through the parking lot into the terminal. I stood beneath its high, corrugated metal roof and tried to guess which of the half dozen or so lines was moving fastest. I chose the shortest one and stood, inching forward into a sort of oblong cage about twenty feet long and just wide enough for a slender adult to stand without touching the steel bars on each side. There were people packed in ahead of me, and people squeezed in behind. We waited, wedged together and barely moving. This was new to me then, but it was part of everyone else’s routine. Most were going to work. Crossing Qalandia was one stage of their commute. I’m not sure how long it took before we reached the turnstile at the end of the cage—not long enough for claustrophobic panic to set in, but long enough that I could sense it hovering nearby, a palpable presence a few inches above and behind my skull.

After the turnstile came another turnstile. We were being sorted. Some of the turnstiles were more than six feet tall and barred from top to bottom, a sort of revolving door-cum-cage. Some were the waist-high kind you pass through in subways or public libraries. Except that military engineers had these ones custom-built for checkpoints, specially fitted with arms more than 25 percent shorter than the ones used in Israel. The pretext, as always, was security, so that no one could sneak by with bulky explo sives. But the turnstiles served another function as well, a more important  one, and it was standing between them in that dank, longitudinal cell—pressed against the people in front of and behind me, smelling the smoke of  their cigarettes and the anxiety and irritation in their sweat and their  breath—that I understood for the first time that in its daily functioning, the  prime purpose of the occupation was not to take land or push people from  their homes. It did that too of course, and effectively, but overall, with its  checkpoints and its walls and its prisons and its permits, it functioned as a  giant humiliation machine, a complex and sophisticated mechanism for the  production of human despair.

That was the battle. The land mattered to everyone, but despite all the  nationalist anthems and slogans, the harder fight was the struggle to simply stand and not be broken. It was no accident that clashes tended to occur  at checkpoints, and it wasn’t just at the soldiers manning them that people  threw stones. It was at the entire, cruel machine that the soldiers both  guarded and stood in for, and its grinding insistence that they accept their  defeat.[1] They knew—even the kids knew—that they couldn’t break it or  even dent it and they usually couldn’t even hit it, but by fighting, by dancing and dodging fast enough and with sufficient wit and furor, they could  avoid being caught in its gears. For a while they could, or they could try to.

After the second turnstile, we entered a slightly wider enclosure. The  walls in front of us and behind us were barred. The ones to the sides were  a dingy white scuffed black by the soles of thousands of shoes. Above us  hung a long fluorescent bulb, furred with dust, and a surveillance camera  splashed with coffee grounds. The floor was littered with cigarette butts  and empty bags of chips. There were twenty or thirty of us in there, crowded together, shoulders and elbows touching. We weren’t advancing so much as being pushed forward by those behind us.[2] A baby was crying. Every few minutes a soldier, invisible behind a bulletproof panel in the next room, pressed a button and a buzzer sounded, a lock clicked, and three people were allowed to pass through the turnstile at the far end of the enclosure.

So it went. Each group of three that filed into the inspection room was replaced by another three. Usually, someone got stuck between the bars of the turnstile just as it locked again. This time, the person caught inside it was the woman I had seen leaving the apartment earlier that morning. Her eyes were somewhere on the other side of patience, so exhausted by rage that she looked almost calm. She didn’t see me. I didn’t shout hello. I doubted that she would welcome any reminder of her morning, which was only getting shittier. Finally the buzzer freed her. She pushed out of the cage into the next enclosure. Inside it was an X-ray machine and a metal detector like the ones at airports, only far grimier, and an inch-thick pane of Plexiglas in one wall, behind which a soldier sat in front of a computer screen.

The woman placed her purse on the conveyor belt, removed her earrings and her belt, and stepped through the metal detector. A voice barked out in distorted Hebrew through the intercom. She kicked off her shoes and tried passing through again. The machine went off again. She stood in front of the window, making an obvious effort to contain her anger, spreading her arms and opening her hands to show that she was not carrying or wearing anything made of metal. The loudspeaker issued another staticky command, and she stepped back through the metal detector. This time the machine stayed silent. She collected her shoes, her earrings, her belt and purse, and pressed her ID against the glass. The soldier stared at it and,  after a minute’s inspection, waved her through. She wasn’t done. She had  to wait to be buzzed through the final turnstile. Only when the two people  behind her had gone through the same routine and also been cleared did  the exit finally unlock. She pushed through it without a glance back, shoving her hair from her face.

[1] “What checkpoints reinforce,” the scholar Helga Tawil-Souri writes, “is Palestinians’ loss of orderly space-time, of the missing foundation of their existence, the lost ground of their origin, the broken link with their land and with their past.”

[2] I didn’t know it then and couldn’t appreciate the irony, but Qalandia was once primarily associated with flight. It was the site of Palestine’s first airfield, and its only one until what is now Ben Gurion Airport opened sixteen years later in what was still a small Palestinian town called Lydda, which would become the scene of one of the most notorious massacres of the 1948 war.

From THE WAY TO THE SPRING. Used with permission of Penguin Press. Copyright 2016 by Ben Ehrenreich.

Image: sunrise at the Zaytoun checkpoint.

Ben Ehrenreich is the author, most recently, of Desert Notebooks: A Roadmap for the End of Time and The Way to the Spring: Life and Death in Palestine, as well as of two novels, Ether and The Suitors. His writing appears regularly in The Nation, and has been published in Harper’s, The New York Times Magazine, and the London Review of Books, among other publications.

Stephen King: On the Origin of Scott Landon's Driving Music 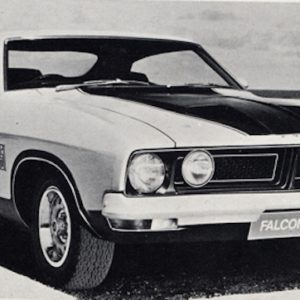 Stephen King: On the Origin of Scott Landon's Driving Music