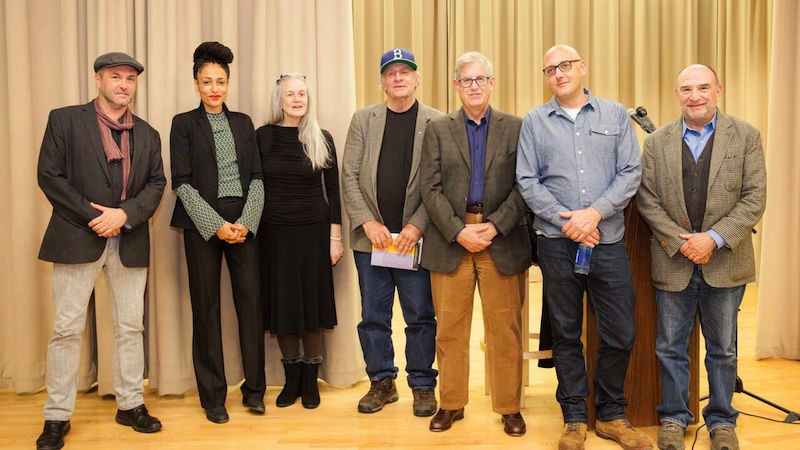 At the 40th Anniversary of the Pushcart Prizes

Last Friday, I joined a packed and reverent auditorium at the Writers Studio to celebrate the 40th Anniversary of the Pushcart Prizes, which featured readings from Philip Schultz, Ben Marcus, Jonathan Galassi, Sharon Olds, Colum McCann, and Zadie Smith. Pushcart founder and editor Bill Henderson offered introductory remarks: from its humble beginnings in an eight-by-eight shack, the Prize has honored exemplary work from independent presses for four decades by highlighting and publishing the poetry, short fiction, and essays of over 2,500 writers. “Without independent presses, none of these pieces would have been printed,” Henderson declared. “It would be a true commercial wasteland without non-commercial publishers.” He then introduced Philip Schultz, the founder of the Writers Studio, whom he met at the Lion’s Head Tavern in 1976. “This was all just an idea back then,” said Schultz. “Since then, the idea has become an institution.”

Although Schultz has an impressive oeuvre from which to draw, including the Pulitzer Prize-winning Failure, he elected to read from an unfinished collection. Setting the tone for the readings to come, his poems vacillated between pathos and humor. This tension was most pronounced in the second one he read, which begins “My wife and I are getting along,” a line that met with laughter. From there, he moved to ruminate on the nature of relationships, selfhood, and mortality. He was followed by Ben Marcus, who heralded the Pushcart Prize anthology as his desert island book. “I almost wish I could be stranded on an island,” he conceded, “so I could be alone with it.” He then read “The Grow-Light Blues,” the most humorous piece of the night and certainly the only one to employ an extended metaphor about licking a dog’s anus.

Next was Jonathan Galassi, who was the Pushcart poetry editor in 1980. He read a piece he selected for that issue by the Italian poet Eugenio Montale. “This will be very different from Ben’s reading,” he warned us, insufficiently. He read from Montale’s elegiac poems to his wife slowly and gently and pausing often, allowing the full devastating impact of the words to land. Sharon Olds took the stage next. Recently, she remarked, someone had asked her, “Don’t you miss reading the sexy poems?” As it turns out, she did, and she read the beautiful and sensual “Psalm.” Her most recent collection, Stag’s Leap, deals with her divorce; pausing after her reading, she added, “It makes me much happier to read this, because that means that I like it as a work of art.” Her next poem was inspired by Evie Shockley’s “Ode to My Blackness.” Called “An Ode to My Whiteness,” it interrogated her privilege and left the mostly white room almost startlingly silent. In reference to horrific events slowly unfolding that night in Paris, Olds remarked: “I’m glad to be in your company, and in the company of these brilliant writers and of the arts.”

Colum McCann followed, dressed exactly as one would expect (jauntily draped scarf, newsboy cap). He read a short story called “Sh’khol,” which he explained to be the Hebrew word for the loss of a child; this dramatic irony heightened its haunting and heartrending effect. The night concluded with the enchanting Zadie Smith, who read “Miss Adele Amidst the Corsets,” a dialogue-heavy story featuring two New York City drag queens. Hearing Zadie Smith speak as an American drag queen is something I wish for everyone on this earth. 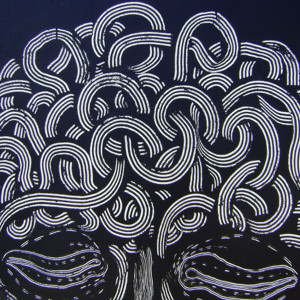 In the aftermath of tragedies, people often turn to poetry—to find expression and be consoled, to grieve or rage, to remember...
© LitHub
Back to top
Loading Comments...