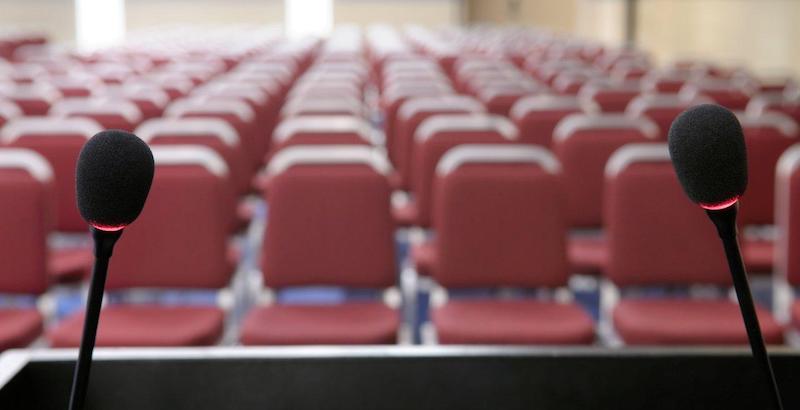 The networking began on the plane from San Francisco to Tampa  and ended on the return trip. My husband, Cliff Lee, and I were probably about a hundred miles east of Tucson when I met C.J. Evans of Two Lines Press and Cathy Shea of the Marin Poetry Center. Repairing regrets can be accomplished in many small ways and I’ve long regretted not going deeply into other languages. So, on the first day of AWP 2018 I stopped by the Two Lines Booth and caught the enthusiasm its bilingual editions received: beautiful, linguistically enriching books—part of me wishes I could intern at their San Francisco office.

Soon after landing, Cliff and I checked into a Ramada Inn and discovered that the standard-issue bathroom vent was wired to stay on 24/7 because of Tampa humidity. Note to young, enthusiastic audiologist: please explain why that steady thrum feels like a repeating body blow even without my hearing aids.

My plans and expectations for AWP were modest. I knew as a child that my vocation would be literary and I’ve never been comfortable with the kind of standardization and competition I saw developing in advertising pages and stories in Poets & Writers. I bailed on many classes in high school, so my BA is a joke. This hasn’t kept me from publishing and engaging in the writing community, but it has obviously affected my career in a variety of ways. It’s led to mindless, exhausting, fascinating, rewarding and demanding gigs, and more than one #MeToo moment, including a penis selfie tucked into a proofreading assignment.

So I was looking forward to some good, clean AWP fun.

The size of the predictably standard Tampa Convention Center, filled with hundreds of booths and panels, wasn’t all that intimidating and only sometimes depressing. That afternoon I met a young man who was working at the booth of a non-college affiliated writing workshop. When I asked about his own thoughts on an MFA he said he probably wouldn’t bother unless it was from a top-flight program like Iowa, or somewhere with equally good connections.

I was pleased to see that the nicely located Rumpus booth had lots of energy. Team Rumpus has been publishing my poetry reviews since soon after its founding, and early in the presidential campaign the staff was forceful in facing the fact that Donald Trump was and would be harmful to America and the rest of the world.

“People sometimes think that people my age start to resent those coming up behind us—we don’t, if you’re good and you’re passionate, it gives us hope.”

Thursday and Friday went pretty much according to plan, with some sweet surprises. I hadn’t been on the floor long before I was hugged by the poet Camille Dungy. Unexpected hugs was a nice bonus to AWP. I knew Camille would be there but I wasn’t counting on catching up with her. She’s one of the most accomplished American writers under 50, with poetry collections, a book of essays, and an anthology she edited that’s already a classic: Black Nature: Four-Hundred Years of African American Nature Poetry. She’s also a wife, mother and professor at Colorado State.

Camille is the first person I met on Facebook who used the platform to help others, with a fundraising pitch for At the Crossroads. Founded by Rob Gitin, her Stanford classmate, ATC is a resource for homeless teenagers in San Francisco and I hope I always remember Camille’s young daughter taking my hand for a few steps on an ATC hike on Mount Tamalpais.

Camille was on her way to the Wesleyan University Press booth, where her latest collection, Trophic Cascade, was prominently displayed and where I had my second OMG moment, seeing an edition of Muriel Rukeyser’s The Life of Poetry from Paris Press. Wesleyan now has a partnership with Paris Press and that news is huge and nourishing. Muriel Rukeyser was so important to me as a poet, I don’t know if I would be here without her. Someday I bet people will say that of Camille (if they aren’t already).

Later, I stopped at the C.D. Wright Women Writers Conference booth and met the director, Sandy Longhorn. We discovered friends in common and I shared some history: I was in charge of the poetry program at the Washington Women’s Arts Center in the 70s. I told her that WWAC alums are planning a June reunion and that videos were being made. I hope I told her that Adrienne Rich refused a fee when she spoke at the Center and that artists extended the run of a show so that a book party for June Jordan would have a handsome room in which to celebrate the publication of Things That I Do in the Dark. I wish it didn’t feel like such a long time ago—we need as much of that spirit now as we can get.

Everywhere I went in Tampa I heard tales of weather bravery in the face of that week’s Nor’easter, as people negotiated downed trees on highways to get to airports… and though her books were stranded in Ireland, the heroic Jessie Lendennie of Salmon Press still managed to host signings and readings and highlight the latest by my friend Paul Genega. Salmon Press was a finalist for AWP’s 2015 Small Press Award and has a long history of supporting its writers.

I made it to two panels. The one devoted to June Jordan had bad acoustics, and I was not alone in missing much that was said—Patricia Spears Jones graciously sent me her notes. I caught some of what Philip Metres had to say about June and the Middle East, including his nod to a book published by Abrams about the looting of the Iraq Museum in Bagdad. A copy of that book sits on a chest in my living room and was the source of great surprise to a well-traveled member of my inner circle; unfortunately, Abrams would not let me use any of the material from the book for the “found poems” in my forthcoming book. That’s unlikely to change, but Metres and I will be in touch.

I also caught some of a presentation led by Dean Rader of the University of San Francisco. He’s an editor of Bullets Into Bells, an anthology from Beacon Press in which anti-gun activists and other citizens respond to gun violence with their work. I heard Brenda Hillman read her stunning piece about disposing of her father’s pistol and wished, as I often do, that when I review a book, I could quote almost everything in it (I have a review of Bullets Into Bells coming out soon).

Everyone knows that AWP is huge and that the commerce and hustle can be an irritant or worse.  Everyone also knows that a lot of serious thinking and connecting goes on. I was honored to pay respects to 90-year-old Willis Barnstone, the distinguished translator; and glad to yak briefly about folk music with novelist Steve Yarbrough. And to meet lots of young, edgy small press editors and writers who are creative and dedicated (and who will outlive me).

People sometimes think that people my age start to resent those coming up behind us—we don’t, if you’re good and you’re passionate, it gives us hope.

I mentioned my husband at the beginning of this piece. He’s always great arm candy but in Tampa he was often happily immersed in a book about enlightenment thinkers by Anthony Gottlieb. We missed most of the parties because we think Lyft and Uber underpay their drivers, taxicabs were hard to come by, and we’d scheduled some down time with people we love we hadn’t seen in too long.

On Saturday afternoon, as things were really winding down Cliff and I walked along the Tampa River and I introduced myself to the novelist Helen Benedict. I walked away from the encounter looking forward to her new novel and glad I’d flown across the country to finally do AWP. I’m not sure I’ll need to do it all again, and am very impressed by the fortitude of a publisher who’d attended 15 times.

“You have to like it better than being loved,” Marge Piercy wrote in a poem called, “For the Young Who Want To.” I saw a lot of people at AWP who share that view with me—I wish them well. And I suspect  San Mateo Poet Laureate Lisa Rosenberg would agree. She introduced herself to me shortly before we boarded an 8am flight home. Cliff and I were not nearly as cogent as she was, but we did manage to share contact info…

Barbara Berman’s chapbook, The Generosity of Stars, was published by Finishing Line Press in 2008. Currents, her first full-length collection of poetry, is forthcoming from Three Mile Harbor Press next month. She reviews poetry for The Rumpus and her work has appeared in journals large and small.

After Dozens of Rejections, It Only Takes One Acceptance to Make a Writer 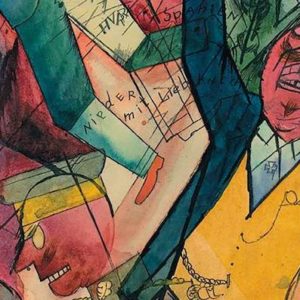 The other day I was talking with the translator Christina MacSweeney, who has built herself an enviable reputation among...
© LitHub
Back to top