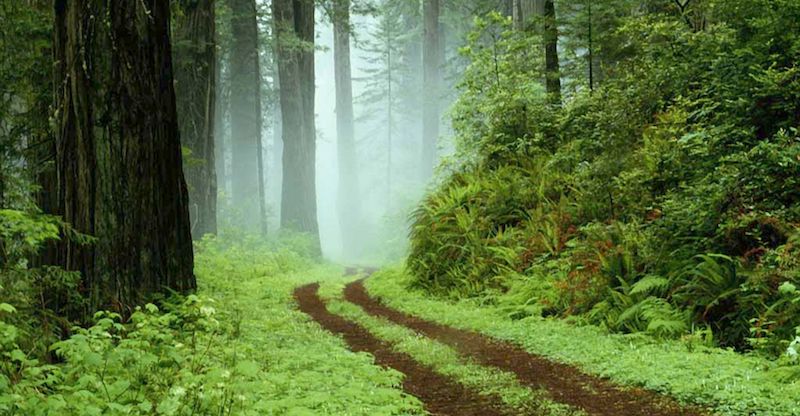 After Dozens of Rejections, It Only Takes One Acceptance to Make a Writer

Thomas Swick on the Long Path to Publication

In the winter of 1983 I finished my first book. I wrote it in longhand on yellow legal pads and after putting down the last word I scrawled “The End” with a flourish, something that’s impossible to do on a keyboard. Then I went out for a solitary, celebratory beer.

I was living with my parents in New Jersey after returning home from Poland. I had arrived in Warsaw one week after the founding of Solidarity, found a job teaching English, and, one month later, married my Polish girlfriend. I was still there when martial law was declared on December 13, 1981. Before leaving in the fall, I walked with thousands of Poles on the August pilgrimage to the shrine of the Black Madonna in Czestochowa.

The book was about those nine extraordinary days that had been not just a culmination of my time in Poland but also a microcosm. The pilgrimage had been rich in landscapes and characters, songs and discussions, devotion and rebellion (martial law was still in effect), and the book had all of it, including stories and reflections from the preceding two years. It encompassed religion and politics, past and present, and showed how in Poland they are all entwined.

Every morning for the next two weeks I went to my father’s law office on South Main Street to type on his secretary’s IBM Selectric. At home in the evening my mother proofread the daily yield. Through a mixture of white-out and retyping, I produced a clean, professional-looking manuscript that I could send out to anyone who might be interested.

There were not a lot of takers. Agents and publishers responded to my query letters (this was in the days when people in publishing answered their mail) with rejections written in the industry’s generically polite and impersonal style. They were maddening but not surprising. While writing the book I had attended a talk at the local university given by a novelist who had once worked for a major publishing house. He said that because of the glut of unsolicited manuscripts, it was impossible for him to read every one. So after a while, he started reading the first page, the last page, and a random page in the middle. If none of them impressed him, he rejected the book. It seemed a depressingly arbitrary system—three pages out of a possible three hundred—but the more I thought about it the more it made sense.

The few personal rejections I received informed me that there would not be a large audience for a book about a pilgrimage in Poland. The last two words, in retrospect, seemed to anticipate the coming onslaught of books about the one in Spain. (Paulo Coelho’s The Pilgrimage was still four blissful years away.) But even without knowing this, I sensed the innate unattractiveness of Poland—despite its two-year run on front pages—and got the feeling that I was in for a long slog. The loneliness of the lover of the unsung. Even the pilgrimage I’d walked on was considered subpar.

“A rejection, however disappointing, is nevertheless an affirmation, an acknowledgment that you are a writer who has written something. A non-answer seems to suggest your non-existence.”

Gradually, I discovered the obsession that overcomes people who’ve written a book on spec. They appear normal; they’re capable of engaging in intelligent conversation, but a part of their brain is always thinking about their unpublished manuscript. Its unformed state, its nebulous status, weighs on them constantly.

The Poles have a phrase for this phenomenon: pisać do szuflady (to write for the drawer). In Poland the contributing factors were more political than qualitative, while here they’re more financial. “What is the difference between capitalism and communism?” began an old Soviet-era joke, sometimes attributed to John Kenneth Galbraith. “The former is the exploitation of man by man while the latter is the opposite.” I was coming up with a new explanation: Communism bans books for their ideas while capitalism bans them for their (perceived) inability to make money. A situation that turns unpublished writers in the first system into dissidents and heroes and those in the second into poor schmucks.

Creators of manuscripts, the large armies of writers denied authorship (larger in the days before self-publishing), are incapable of forgetting the work they’ve brought into an unsuspecting world. The thought of it sitting unread dampens their happiest moments and turns their worst days even darker. Their lives will not be complete until their manuscript goes through editing (cosmetic surgery) and production (chrysalis) and emerges triumphantly as a book. And because of this, they never lose track of it—where it’s been, where it is now—and they never stop searching for places to send it. They are constantly on the lookout for new agents, small publishers—someone, anyone, who might find them gifted and worthy of championing. In bookstores they scan the spines of same-genre books and note the names of professionals thanked in the acknowledgments. No potential lead is lost to them. Just as writers scour everyday life for material, unpublished authors comb it for markets.

One evening at a party in Princeton I met a literary agent from New York, a young Englishman who said he’d be happy to take a look at my manuscript. I sent it off to him, which wasn’t as easy as it sounds. I had to make another copy—my father had now exceeded his monthly budget for paper—and then place rubber bands—one vertical, one horizontal—to hold the pages together. After I found a box for it I put it inside, then wrapped it in plain brown paper. Carefully, I wrote the addresses of recipient and sender on the top. Finally, I drove it to the post office, where it was weighed and stamped and placed to the side while I searched for bills to cover the postage.

A few weeks later, the agent returned it—I assumed he had a secretary for the manual labor—with a note telling what the boomeranged manuscript showed: that he had declined to take it on. But he praised the writing—saying I had a good ear for dialogue—and suggested that I try my hand at fiction. For a young travel writer, it was infuriating advice.

In the spring, my wife arrived from Poland and we moved to Philadelphia, where she’d been accepted into graduate school. I found a job, writing for the monthly publication of a medical organization, and started work on another book. It had become clear to me that the pilgrimage was doomed to the drawer, so I embarked on a longer story about my extended stay in the country. I envisioned it as a collection of stand-alone but chronological essays: Warsaw, The English Language College (where I’d taught), Martial Law, which, I had decided, would consist mainly of passages taken from my journal. The longest chapter would be about the pilgrimage, after I went through the painful process of cutting what I’d already written by about two-thirds. My goal was to create a book that told about the people, their culture and customs and everyday life during a historic time. It would fill a need, I thought, and stand out from all the political books.

I finally found an agent, an acquaintance in Philadelphia who was new to the business. Each completed chapter was mailed to her, after being typed on my new word processor (I was still writing in longhand), and excerpts were sent to editors of magazines, mostly in New York. They added to my growing collection of rejection letters.

My first semester in college, after taking the last of my final exams, I treated myself to a movie in town. The film was The Owl and The Pussycat, and the leading male character was a struggling writer. In one scene he opened his mailbox and pulled out a letter of rejection. It was a brief, perfunctory scene—to demonstrate his lack of success—yet it’s the only one from the movie I remember. A college freshman with literary dreams, I watched it with romantic yearning. To me the rejection was a coveted sign, estimable proof, that the man was the thing I wanted to be: a writer. I couldn’t wait for the day when I got rejections. Today, when many editors simply ignore unwanted submissions, the psychological value of a response is more apparent. A rejection, however disappointing, is nevertheless an affirmation, an acknowledgment that you are a writer who has written something. A non-answer seems to suggest your non-existence.

Are neurotics naturally drawn to writing, or does a life spent depending on the approval of others simply make one neurotic?

A few weeks before Christmas I came home from work and found a letter from Ploughshares in my mailbox. It said that Philip Levine, the next guest editor, had accepted my “Martial Law Journal” for publication.

The difficulty of baseball is often illustrated by the fact that the best hitters fail two-thirds of the time. Freelancers have far worse percentages. We go months without a hit, enduring slumps that would end the career of any major leaguer. But we don’t keep averages for the simple reason that one acceptance negates every rejection. It is the great beauty, the saving grace of writing: that all you need is one editor, or one publisher, to say yes, and then everything that came before is rendered immaterial. An acceptance is not just a home run, it is a home run that, miraculously, erases every strike out and ground out and pop up that preceded it.

After two years and 41 rejections (for those non-writers who wish to do the math) my book was accepted by Ticknor & Fields, then an imprint of Houghton Mifflin. It got a review in the New York Times Book Review and a brief review in The New Yorker, which had high praise for the pilgrimage chapter.

Thomas Swick is the author, mostly recently, of The Joys of Travel: And Stories That Illuminate Them. 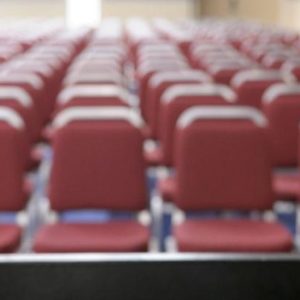 The networking began on the plane from San Francisco to Tampa  and ended on the return trip. My husband, Cliff Lee, and I were...
© LitHub
Back to top