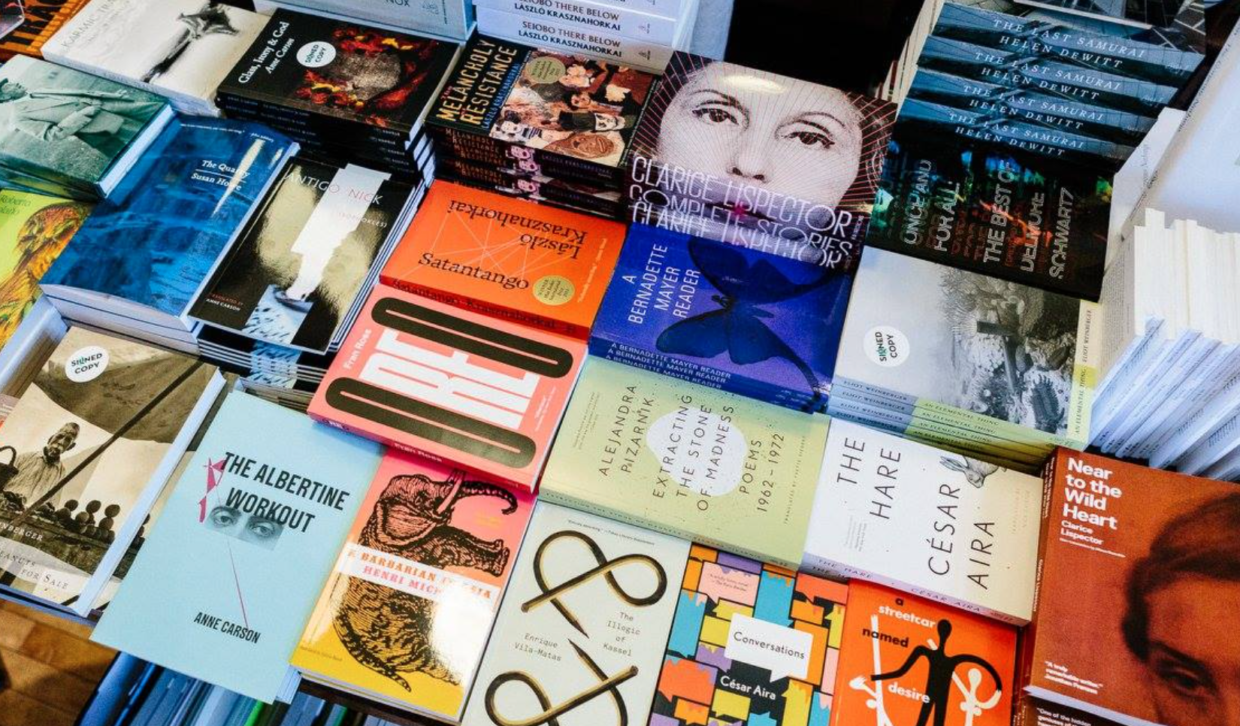 At New Directions University: Literary and Life Lessons from an Iconic Publisher

The first time I saw the spine of a New Directions book was in Florida, where I grew up, the early 1990s, a small bookstore that sadly no longer exists. It was Louis Ferdinand Céline’s Death on the Installment Plan, a book I would end up reading a couple of years later. I was 17 or 18, just out of high school, but old enough to know I wanted to become a writer. In fact, I’d made that declaration to myself in the 11th grade and with all the perverse audacity of the young, felt I was “destined” to be a writer, which sounds pretentious now, but looking back, necessary. If you don’t feel destined to do something (something seen by many as absurd and irrational) how will you survive the long years of struggle and indifference? The years of searching for something ineffable: your voice, your vision, whatever you want to call it? Much to my parent’s chagrin this is what I wanted to do for the rest of my life; whenever I read books, fiction in particular, I felt a sense of elation, an elusive voice urging me to tell stories.

What did I purchase that day instead of Céline? Probably something by Kurt Vonnegut or the collected stories of Flannery O’Connor, I don’t remember, but not much later I did read Death on the Installment Plan and then, going backward, Céline’s earlier novel Journey to the End of the Night. What was it about those New Directions books that spoke to me? The strange colophon? The black and white colors that felt serious and a bit somber? And who were these people called “translators” who’d rendered so many of their books into English? The New Directions books weren’t academic, no, they were something other. Henry Miller’s The Air-Conditioned Nightmare. Vladimir Nabokov’s Laughter in the Dark. Djana Barnes’ Nightwood. Franz Kafka’s Amerika. They all shared what I later came to know as an aesthetic, not the same vision, but a singular one.

And what of Céline? What could the lunatic ramblings of a veteran from the first World War whose novels were riddled with ellipses and ink-black humor, books drenched in poetic vitriol, have to say to a kid from the Gulf Coast of Florida? How did that cynical and obscene outlook become embedded in my unconscious so implacably? It took years for me to realize but it was the voice that struck me, the voice.

The New Directions books weren’t academic, no, they were something other.

Without knowing how or why, New Directions would follow me for the next 25 years, or I followed them, or perhaps a little bit of both, each of us drawn to the other in that fortuitous dance that happens only in bookstores and before the internet. Each time I stopped writing—a move across the country or a teaching job or lack of inspiration—I’d find myself picking up a New Directions book: Helen DeWitt’s The Last Samurai, John Hawkes’ Travesty, really, too many to count. And I’m not alone in this of course, Eliot Weinberger, in an essay about New Directions’ founder James Laughlin, writes, “as an adolescent in 1960s, I, like many others, would buy any New Directions book I saw. It was a Temple of Modern Literature.” In my mind, their books had a greatness ingrained in them, hard to define, strange and inscrutable, almost foreign, somehow demanding and inviting both at once.

I wrote two novels in my twenties (not very good, but again, necessary), lived in Los Angeles for a few years, met my wife, became a teacher and even had a collection of stories published (the minimal design, incidentally, inspired by the New Directions books of the 1960s). During all of this I read books by countless publishers, great books, books which informed and entertained and lifted me up, but if I’d been asked where I received my literary education I would’ve answered, with no hesitation, New Directions.

Can a single publisher be responsible for the literary education of a writer? Probably not. But a single publisher can certainly shape the taste and ideas and beliefs of a writer. What did I learn from New Directions books? I learned the importance of translation. The idea that a work of art is bequeathed to another artist (the translator), who brings it into a second language, not the original work, no, but something new and different (perhaps sometimes better?). I learned from Clarice Lispector and Jenny Erpenbeck and, a little later, Dasa Drndić, that plot wasn’t as important to me as voice. I learned from César Aira’s pocket-sized books that novels need not be 200 or 300 pages, that these were conventions as easy to follow as ignore. Bolaño’s By Night in Chile and Moya’s Senselessness, introduced me to the unbroken narrative, the single-paragraph novel (a rant, a monologue, a diatribe) where the writer could literally go anywhere they wanted without ever leaving the paragraph. This lesson was later reinforced by Krasznahorkai’s The Last Wolf, a longish short story made up of a single sentence.

What else did I learn? I learned subtlety from Sebald, playfulness from Vila-Matas, digression from Lispector and, perhaps most importantly, the joy of not-knowing. By not-knowing I mean the thrill of loving something you don’t fully understand, books which require repeated readings, a little distance, even frustration. For instance, did I understand many of these books the first time I read them? Of course not. Did I want to throw The Passion of G.H. against the wall? Did I wrestle with the breadth and nuance of John Keene’s Counternarratives? Absolutely. But great writers teach you how to read them.

Reading great books can intimidate, but they also absolve the aspiring writer of their natural inhibitions—self-doubt, hesitance, timidity—imparting the confidence to try something more ambitious. To my mind, the most enduring sign of greatness in a book (or a writer) is generosity, and these books, while thrilling and difficult, strange and subversive, innovative and cryptic, contained ample rewards for the curious reader.

There’s an intellectual abundance in Mathias Énard’s Compass, an ample warmth to László Krasnahorkai’s Seiobo There Below. Is it cryptic and obscure? Certainly. But it’s also musical and life-changing, nay, life-affirming, stories ranging from bumbling tourists to the radiant transcendence of Buddhism. Just this past year I stumbled halfway through Fernanda Melchor’s Hurricane Season, only to put it down and, months later, return to it to enjoy one of the most exhilarating reading experiences of my life. That’s another lesson I’ve learned from New Directions: patience. A characteristic as indispensable to readers as writers.

The biggest contribution to my literary education probably happened in the early 2000s. Thanks to New Directions, Roberto Bolaño entered the English-reading world. His work and influence can’t be overstated, the large novels by the bigger publishers of course, but the short stories and slim novels from New Directions in particular, books which felt new and vibrant yet also timeless, like they’d always been around. And yet Bolaño’s well-earned reputation tends to overshadow other incredible works from Latin America which New Directions was publishing at, what felt to me at least, breakneck speed. Besides César Aira and Roberto Bolaño, there were books by Rodrigo Rey Rosa, Evelio Rosero, Horacio Castellanos Moya, Felisberto Hernandez as well as new editions of Clarice Lispector’s books. Each of these writers and their books were instrumental in my development and education.

Influences can be tricky and hard to pin down and I learned as much from the style and themes of these writers as their settings and even book designs. After reading two or three Aira novels I began to feel I’d been to the Argentine Pampas (why not?), felt the place belonged to me as much as anyone else. The works of these writers (style, location, artistic daring) gave me the license and the courage to set my books wherever I wanted, places my imagination always wanted to go but felt, being from North America, were off-limits.

What’s astonishing to me is the quality of New Directions, which I believe has never wavered. I still get a thrill seeing the familiar logo on a spine or the arrival of a new catalogue or knowing the next book by César Aira is only months away. Often New Directions books appear to be in conversation with one another whether or not they know it; the inner-conflict I’d had since first discovering Céline, his antisemitism, was answered in Leonid Tyspkin’s Summer in Baden Baden where the narrator tries to reconcile his love for an author (in this instance Dostoyevsky) with Dostoyevsky’s inexplicable hatred toward Jews, something I’d wrestled with since discovering Céline.

The history of New Directions is a history of 20th-century literature: Ezra Pound, Jorge Luis Borges, Tennessee Williams, Anne Carson, Lawrence Ferlinghetti (the list goes on and on) but it also belongs to the 21st century. Only last year New Directions published Judith Schalansky’s An Inventory of Losses and Adania Shibli’s Minor Detail, books with seemingly nothing in common yet felt, effortlessly, like New Directions. In what is essentially a small business, Barbara Epler and her amazing team are able to seek, curate and publish books that, at least for me, are indispensable.

Approaching 50 faster than I’d care to admit, I still depend on New Directions for cultivating my education. Whenever I’m at a loss for a word or image or simply need a literary pick-me-up, I open Alejandra Pizarnik’s Extracting the Stones of Madness (a habit I’ve had for years) for inspiration. I don’t have a master’s degree or an MFA in creative writing; much like Lucia Berlin’s time as a cleaning woman or Bolaño’s stint as a security guard, I’ve always felt the outside world, at least for me, is a better classroom and thus whatever I’ve amassed which resembles an advanced degree was earned from reading voraciously, a degree—sans diploma—largely from the books of New Directions, books and writers inexorably linked to my own identify.

Mark Haber is the author of the 2019 novel, Reinhardt's Garden, nominated for the 2020 PEN/Hemingway Award and the forthcoming novel, Saint Sebastian's Abyss, both from Coffee House Press.

On the Case for Meanness in Fiction 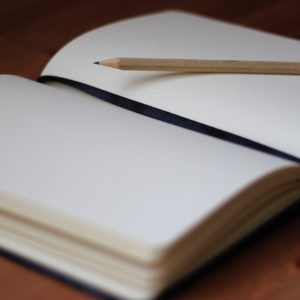 Ever since Moses hurled his first draft at the unappreciative audience at the Ten Commandments launch party and then had to slink...
© LitHub
Back to top