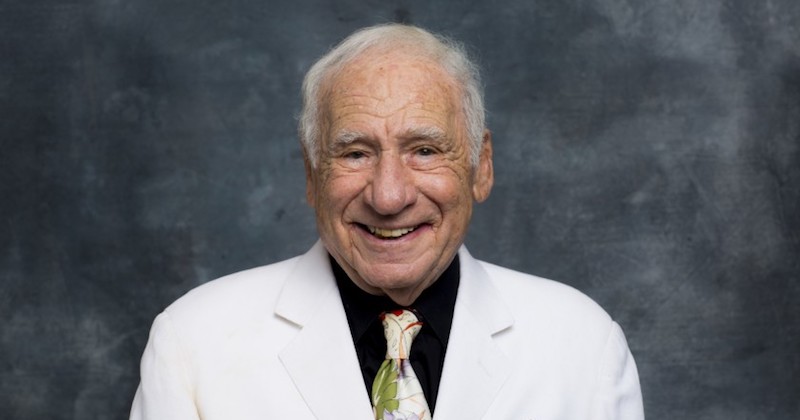 At 95 years young, Mel Brooks has finally written his memoir.

Deadline reported today that Mel Brooks has written a memoir, to be published November 30th by Random House imprint Ballantine Books. All About Me! My Remarkable Life in Show Business will also be released as an audiobook, narrated by Brooks himself, by Penguin Random House Audio.

This is big news: though there’s been a biography (Funny Man: Mel Brooks) and a documentary (HBO) about Brooks’s life, this is his only memoir, and he’s releasing it at 95 years old. (So, you know . . . definitive.) All About Me will cover all 95 years—from Brooks’s Brooklyn childhood, to his service in WWII, to his early show business career with greats like Sid Caesar and Neil Simon, to his marriage to Anne Bancroft. The memoir will also include reflections on creating Blazing Saddles, Young Frankenstein and Spaceballs.

Said Brooks, “It was joyous and at times bittersweet writing this book and reliving the peaks and valleys of my incredible journey from Brooklyn to Hollywood to Broadway. I hope fans of comedy will get a kick out of the stories behind my work, and enjoy taking this remarkable ride with me.”