Asako Serizawa on the Inheritors of Imperialism and War

In this episode, Andrew is joined by Asako Serizawa, the author of Inheritors, to tell the story of a Japanese family fragmented by the Pacific side of World War II. The two also explore the complex ways in which we live, interpret, and pass on our tangled histories.

Asako Serizawa: Well, I think I have to answer it the other way. I wanted the focal point to be the human experience. Because you can think these things through, but it doesn’t mean that you understand how people can be so persuaded into supporting policies that end up turning into mass bombings of other countries and all of that. And so for me, it was a desire to understand people in these situations—because it’s really a privilege to think that none of us will do any of these things. And this is an assumption we tend to have.

Asako Serizawa was born in Japan and grew up in Singapore, Jakarta, and Tokyo. A graduate of Tufts University, Brown University, and Emerson College, she has received two O. Henry Prizes, a Pushcart Prize, a Rona Jaffe Foundation Writers’ Award, and a fiction fellowship from the Fine Arts Work Center in Provincetown. Her first book, INHERITORS, won the PEN/Open Book Award and The Story Prize Spotlight Award. It was also longlisted for the PEN/Robert W. Bingham Prize. A Spanish translation of INHERITORS is forthcoming from Tusquets Editores S.A. (Colección Andanzas). 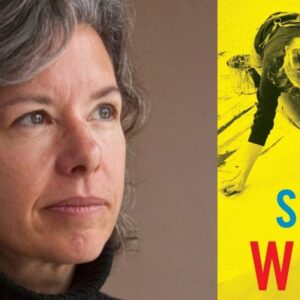