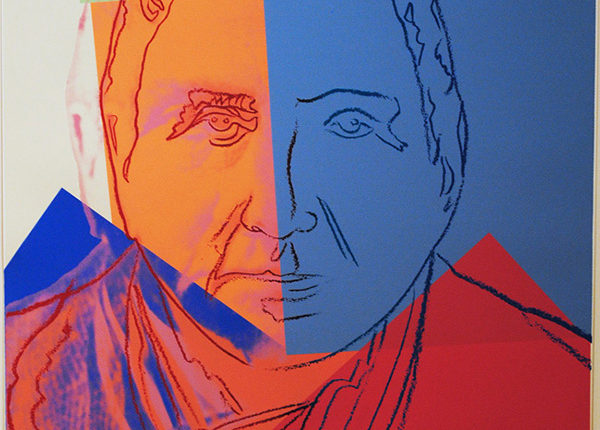 as portraiture a pair of

Like Warhol or Stein, Rusty Morrison is a creator obsessed with the formalism of repetition. Stein may seem the more appropriate comparison, not only of course because Morrison’s mic check makes visible here below Stein’s own name and phrasing within the poem’s flow. Morrison’s medium, as language, is something our fiercest modernist knew how to take apart: Stein, if nothing else, spent a life maximizing the semantically emptiest of repetitions in her assaulted use and reuse of combinatory whirling out of orbit (articles, prepositions, conjunctions in particular). Yet Morrison is a different type of poet, related yet divergent: her patterned breaks exist as much in spacing and silhouette as the very words or phrasings. And like Warhol, there is a diabolic nonchalance in how titles, especially poem titles, recur; soon an armature of inextricable sequencing complicates the simplest naming operation. Throughout her career, Morrison has proven adeptly slippery and deceptively affable in her simple repetition of titles, again and again. “Everyone is Noah” belongs to which utterance finally, the first or second poem, both of them together, apart? As ornery or droll as repetitions can be, here, they turn again lyrical, if silently disconcerting then only silently.

path down to where cavers feel       panic but sea divers sense

a scent of soreness as if       air might bruise in sympathy

it’s so easy to hold things       in the pliability

of your fictions which you must     stay vigilant not to use

to outsize the limit of     what is visible in your   hand

you envy cyclists’ careen       through gridlock chrome-spokes flash they

figurines you keep in your     sleeve though they’re numerous &

only further obscuring       what won’t be discovered by

praying to gods who adjust      like suspenders which you could

shred & use as your background       colors that’s when cyclists might

dropped anywhere it’s written        to marry the echo in

walls you thought solid you have       a page-a-day nostalgia

for embedded things that perch     for you deep in branches hide

in plaster where a chirrup       and stem is pronounced but no

bird between them write further       into abandonment carve

away what you volunteer     as portraiture a pair of

for eyes injures what’s seeking       anonymity in your

slow from a bucket onto 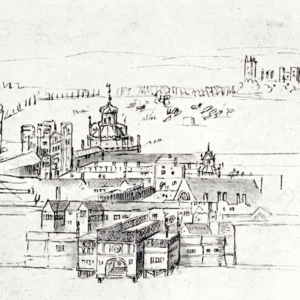 LitHub Daily: November 1, 2016 From Kafka's Prague to a clothing-optional retreat among the red woods, Peter Orner has some thoughts on life and loneliness. |...
© LitHub
Back to top