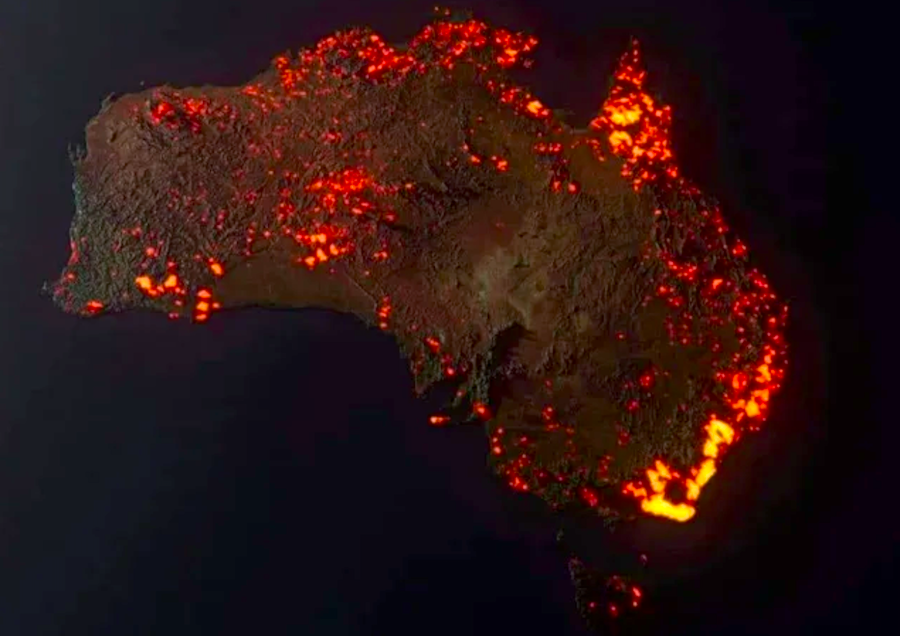 As Australia burns, writers seek to help those fighting the fires.

Australia has been on fire for nearly two months. Bushfires have consumed a total area much larger than any of the worst California fires of the last decade, displacing thousands, destroying homes, and killing what some estimate as nearly half a billion animals. Thus far, two dozen people have died, but that number will surely rise as fires continue to burn and a slow-moving, climate change-denying, conservative Australian government merely gestures at action. Melbourne sits under a pall of smoke, Sydney is “the hottest place on earth,” and the fires are creating their own weather systems: we really don’t need to set our climate dystopias in the future anymore, they’re all here, in one form or another—we just have to choose to see them, and choose to act.

With that in mind Australian YA author Emily Gale started the hashtag #AuthorsForFireys to raise money for firefighters (largely volunteer) working day and night to minimize the devastation. Taking the form of a Twitter auction, the campaign has far exceeded Gale’s expectations as writers like Gerald Murnane, Maxine Beneba Clarke, Trent Dalton, Josephine Rowe, Claire G. Coleman and many more have offered up items or services to the highest bidder. (It’s not just for Aussies, though! American writer Rebecca Makkai is auctioning off copies of her novel, The Great Believers, with a deleted scene added in.)

Other auction items on the block: one-on-one Skype workshops, custom poems, handknit blankets, personalized audio recordings… One writer, Claire Christian, will write you into her next book so “fictional you can go on a date with my lead character and hook up.” Australian bookshop Readings has an ongoing list of auction items.

Climate change can often feel like an enormous, overwhelming crisis, real but diffuse, just theoretical enough to dilute urgency, to defer the action it so desperately calls for. But right now in Australia people and animals need shelter, habitats need saving, firefighters need support, and #AuthorsForFireys is one way you can help. The auction will conclude Saturday, January 11 (Australia time!)—further details here.

(If for some reason you don’t want something cool from a writer, here are more ways to help, along with some good general background info on the whole crisis.)