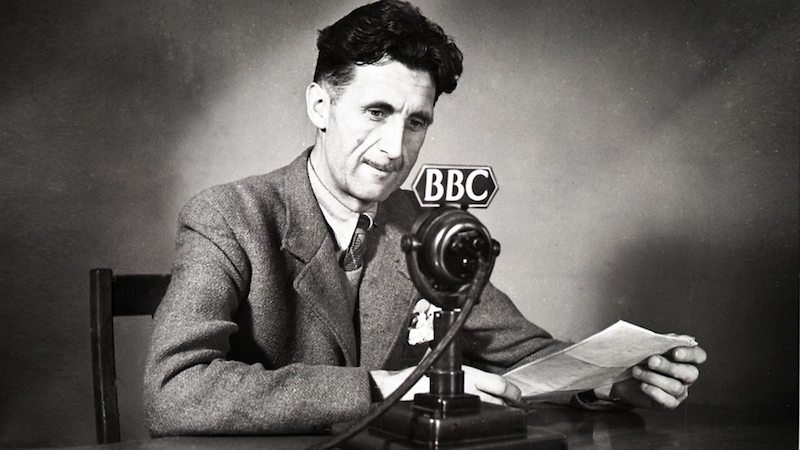 As a kid, George Orwell practiced black magic on a bully—and it worked.

Today marks the 72-year anniversary of the death of George Orwell, writer, journalist and scathing reviewer of Mein Kampf. Despite the distance between his lifetime and our own, it’s only this decade that we learned of a particularly surprising childhood event of his: the time he practiced black magic . . . and it worked.

As a scholarship student at Eton, Orwell—at the time going by his birth name, Eric Blair—was a target for bullies. He and his friend, the future medieval historian Sir Steven Runciman, vowed to take revenge by practicing black magic on one such tormentor—only for it to be a little too effective.

According to Gordon Bowker’s Inside George Orwell, teenage Orwell was intrigued by ghost stories he’d read. One story in particular caught his eye: “The Leech of Folkstone,” which centered around a maid who skewers a wax image of her mistress with a pin. (It ends how you’d expect.) This got the pair of friends thinking about how to punish Philip Yorke, an older boy who regularly teased and threatened Orwell. Recounted Runciman to Bowker,

Our making a wax effigy of an older boy whom we disliked for being unkind to his juniors was, I am ashamed to say, my idea . . . Blair found that interesting and willingly collaborated. It was he who moulded the melted candle into a very crude human body.

He wanted to stick a pin into the heart of our image, but that frightened me, so we compromised by breaking off his right leg—and he did break his leg a few days later playing football—and he died young.

Yorke died of leukemia three months after Orwell started at Eton—so the events felt linked, and terrifying. The first time Runciman ever mentioned the frightening event was in Inside George Orwell; Orwell never mentioned it in his writing or in conversation, as it was understandably traumatizing. But we might have this incident to thank for Orwell’s pen name; according to the Telegraph, Orwell told friends that he changed his name because he thought his enemies might use his real name to work magic against him. Think about it: if not for this moment, politicians would be calling our modern times “Blairian.”