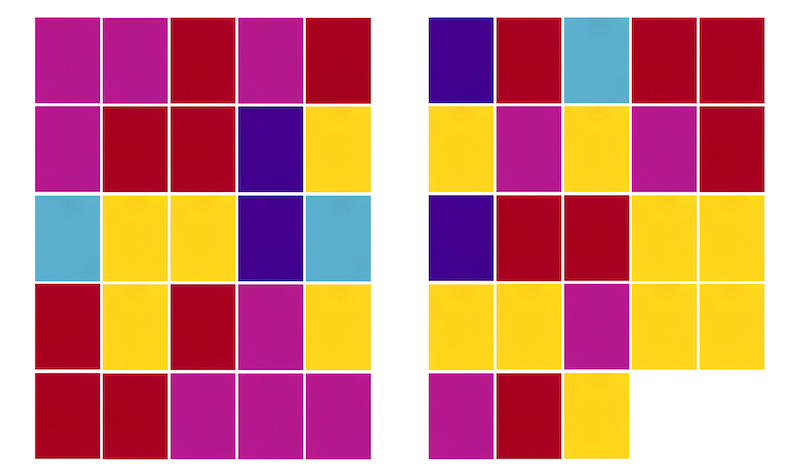 Artist Richard Kraft is documenting every single Trump transgression from 2017 to 2021.

I wanted to say something beautiful
how we turn garbage into gold
how we made a swamp fertile land
how we turned a curse, into a blessing.

Last Sunday, the English artist Richard Kraft gave Donald Trump nearly 50 penalty cards following one of his weekend rallies. While I watched the debate yesterday and sipped enough beer to make the president’s Abraham Lincoln section almost kind of funny, I was thinking of my conversation with Kraft earlier this week. Did he have to make a run for more cards? Did he have enough paint?

Kraft works across disciplines—photography, collage, video, and more—and has done a number of interesting book projects, particularly with Siglio Press. A good Englishman, Kraft grew up in a soccer-loving family and long entertained the idea of using a referee’s penalty cards in one of his projects. How could he apply the concept of formal error off the field?

Nothing felt quite right until Donald Trump became President. 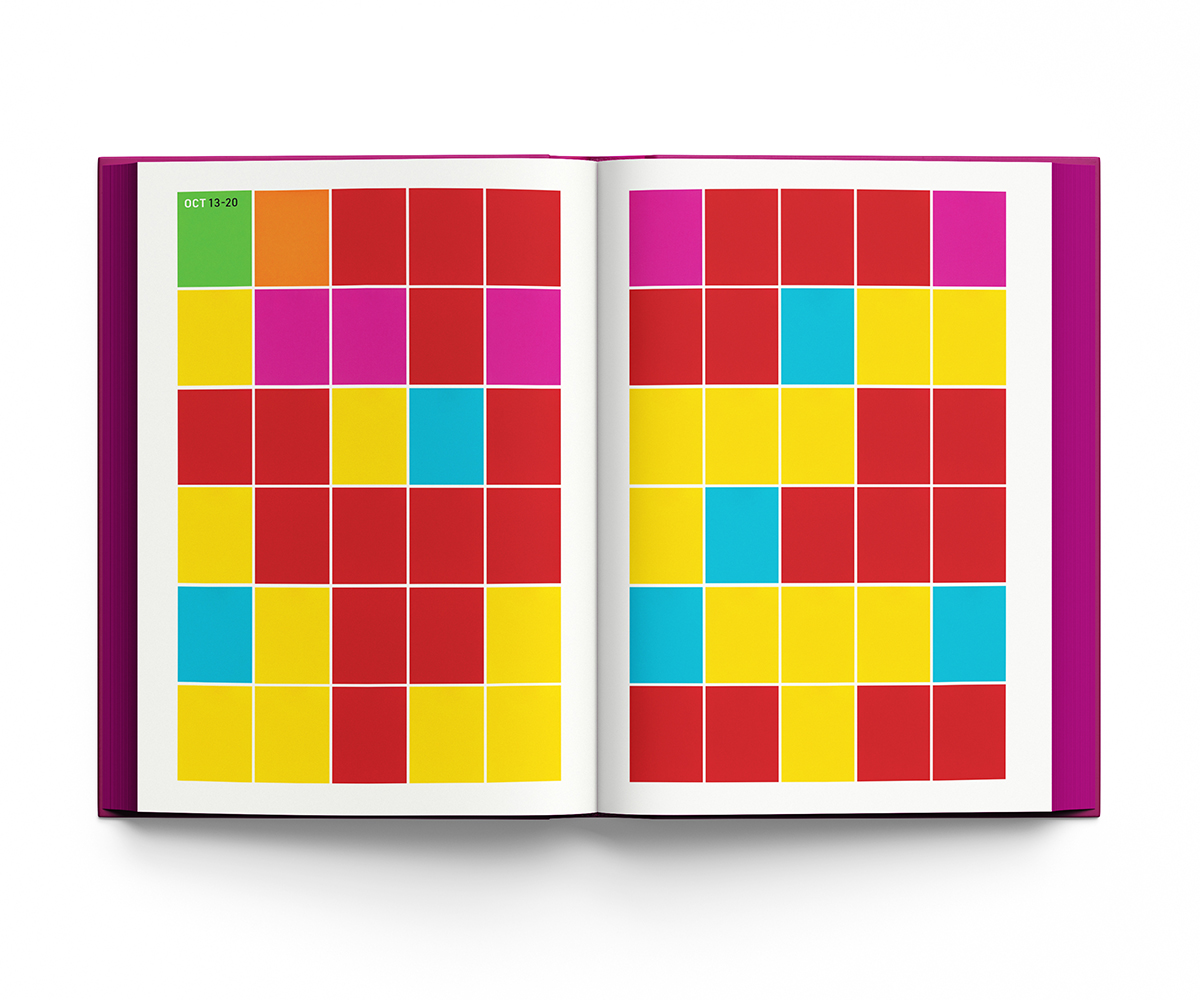 “My personal feeling was that he should’ve been unable to form a government,” Kraft told me. He knew that life under a Trump presidency would be troubling and took the extra step that I had been wondering about myself. Surely someone who wasn’t a journalist would assume the undesirable role of archivist, documenting all of the president’s errors, comedic and grave, esoteric and over-publicized.

Kraft raised his hand. Since Trump’s inauguration in 2017, he has spent many days patiently combing through news sources (Factcheck.org, PolitiFact, WashPo, NYT, local sources, etc.), transcripts, and Twitter. He reviews the fact checks of Linda Qiu, Glenn Kessler, and Daniel Dale (a new Holy Trinity) as if they were the books of the Gospel.

For every Trump violation—a broad term that encompasses everything from the migrant detention centers to taking off his mask while still contagious—Kraft assigns a hand-painted penalty card to Trump. This is usually the first thing he does when he goes to his studio in the morning. Kraft’s mind often wanders to the physicality of the task. In the afternoon, he turns to some other project. 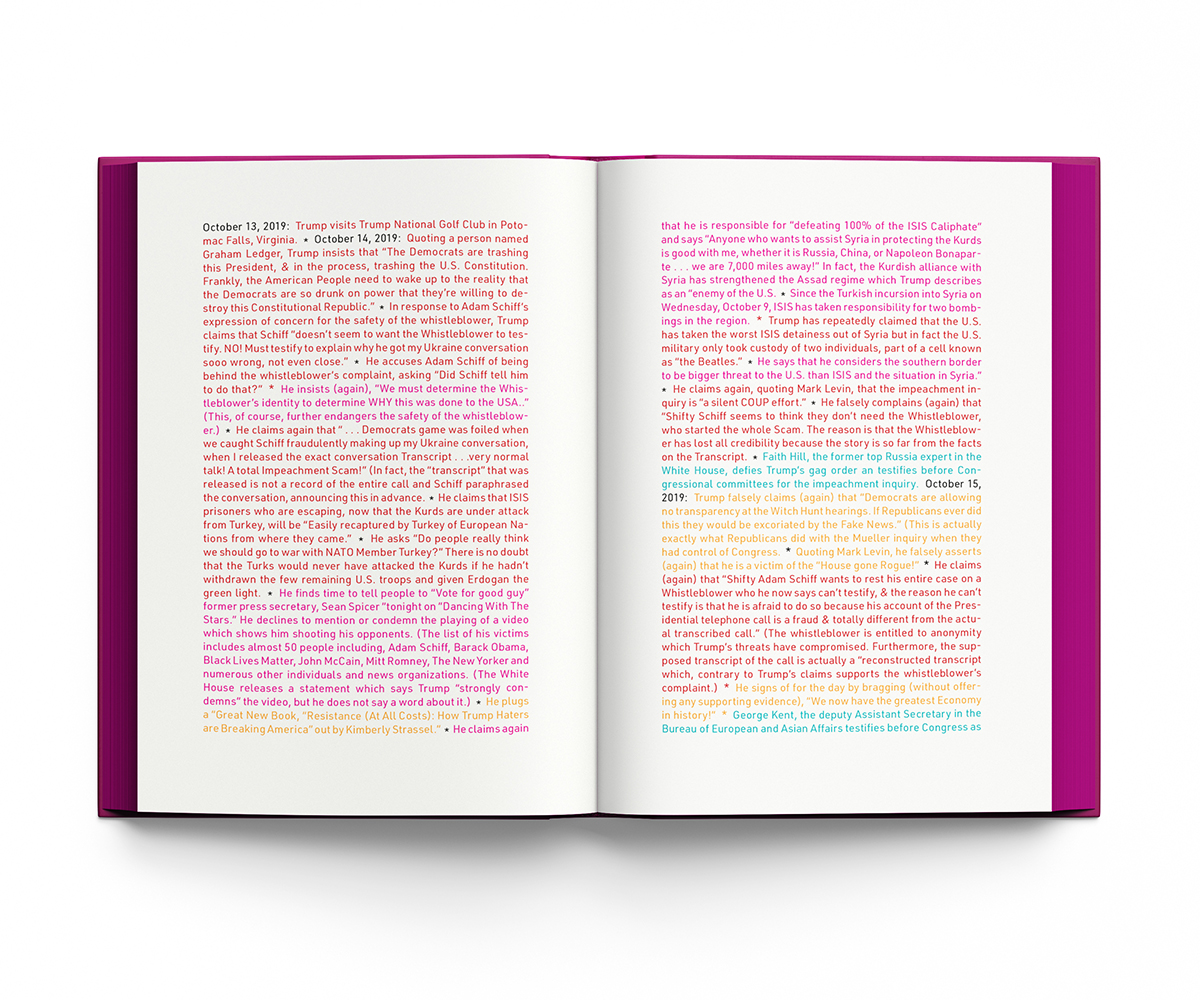 Recently, Kraft has been working on a series of short films that have nothing to do with Trump. Still, he says, it isn’t unreasonable to assume that the gravity of the moment infuses all of his projects.

I was relieved to hear that Kraft doesn’t keep track of Trump’s actions every day, but he can’t delay for too long. Sooner or later, he’ll need to catch up. He will continue doing this until the next president is sworn in.

And to answer your question, yes: if Donald Trump wins again, Kraft will be extending his project for four more years. 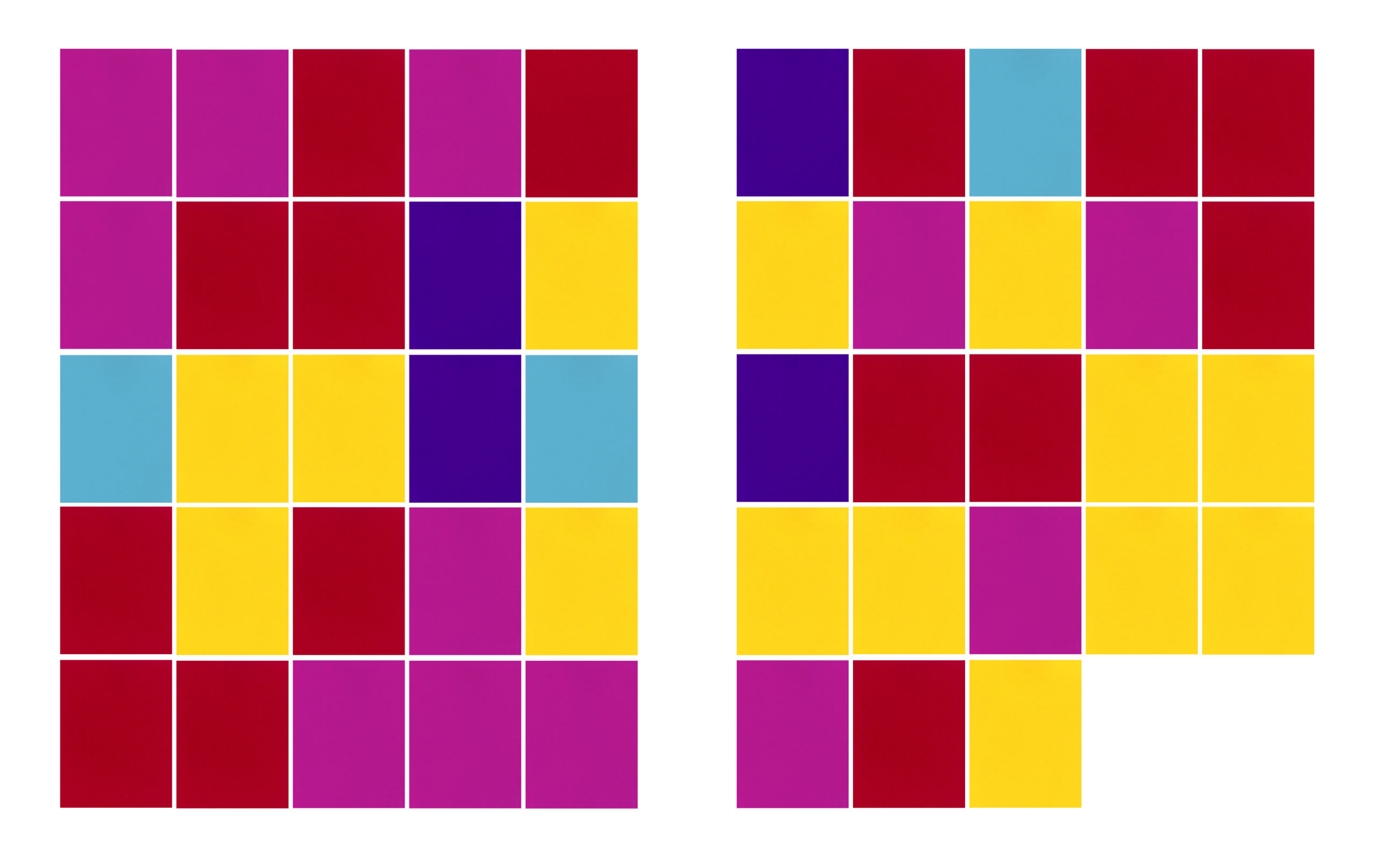 “It very quickly became clear that red was not going to be enough,” Kraft said. The project’s great irony is that Kraft uses a range of lovely hues like magenta, pink, dark blue, and crimson to give visual language to actions and statements that have sapped the energy (and drained the color) from so many of us.

“The bottom keeps moving down,” he said. “I always have two hats on. There’s my hat as observer, as cataloguer. And then there are my personal feelings. I went into that first debate extremely nervous on a personal level. I expected some very outlandish and unpresidential behavior, but nothing on the scale of what took place that night.”

So far, people have responded to Kraft’s project, It Is What It Is, with a mixture of awe, gratitude, and exhaustion at the thought. A Kickstarter campaign (which runs through November 4th) to help the project become a set of four massive books, which will include reproductions of the cards and their corresponding fouls, has been a success. At this point, additional contributions will go towards making the paperbacks into hardcovers.

I joked that, should Trump win again, Kraft may have to concoct yet-to-be imagined colors for the foreseeable future. He laughed.

“I may have to think of a new range of colors just for the transition.”