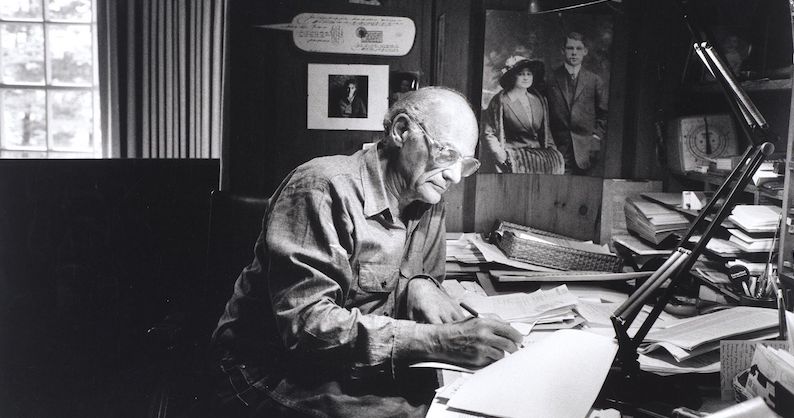 The New York Public Library is getting its Christmas gifts early this year—all 692 of them.

Thanks largely to Arthur Miller’s family, a massive collection of the dramatist’s plays, books, translations, anthologies, and more spanning the years 1928 to 2012 will become part of the NYPL’s holdings. This will include not only English editions of Miller’s work, but translations as well, not to mention some of Miller’s theater criticism, essays, and audio tapes.

Miller, a native New Yorker and one of the most revered American playwrights, came to fame with dramas like All My Sons, The Crucible, A View from the Bridge and Death of a Salesman.

Miller’s books join the Henry W. and Albert A. Berg Collection of English and American Literature, which contains the work of more than 400 authors, including Vladimir Nabokov and Jack Kerouac.

Fine Books Magazine highlighted a few notable items in the collection, including personalized copies of his play books (like a 1951 edition of An Enemy of the People, his adaptation of the Henrik Ibsen play, inscribed to his then-wife Marilyn Monroe).

Miller wrote a number of books as well, like Focus (1945), a novel about antisemitism and Jewish assimilation in the US at the end of WWII; In Russia (1969), which documented Miller’s observations of Russian society; a memoir entitled Timebends: A Life (1987), and more.