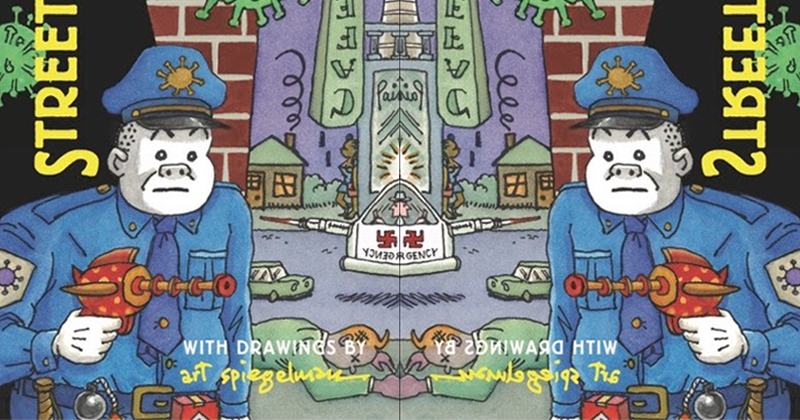 Art Spiegelman and Robert Coover have collaborated (over Zoom!) on a new illustrated dystopian story.

“Street Cop challenges us to inhabit the mind of a bumbling policeman driven by a nostalgia for the gutter,” the editors of isolarii write in a press release.

Author, illustrator, and protagonist, wade through the characters, tropes, messages, and genres—from noir and horror to the police procedural—that populate the fragmented American psyche. In doing so, Street Cop insists on the possibility of emergent empathy, even as it maps the malignant structures of our time. As Coover has argued, “in its profanity, fiction sanctifies life.” . . . Street Cop is both provocative and prophetic—injecting new Kafka-esque complexities into the unfolding new stream and asking us to interrogate the line
between a condemnable system and a sympathetic individual.

Coover wrote the story in 2019, and Spiegelman illustrated it in 2020, during the pandemic. This is the first of Coover’s stories ever to be illustrated, and it is also Spiegelman’s first original work to be published in a decade. The two masters collaborated on the final product over Zoom—and they have still never met in person. I can’t wait to read it. 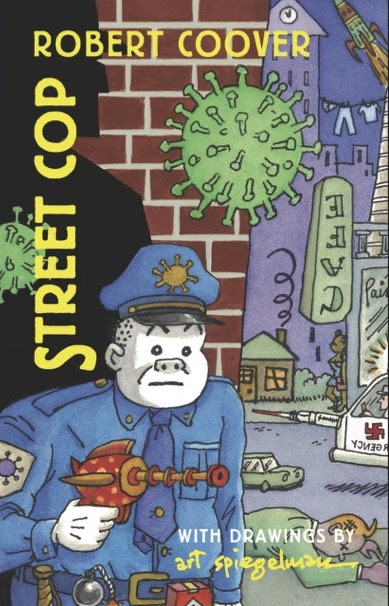