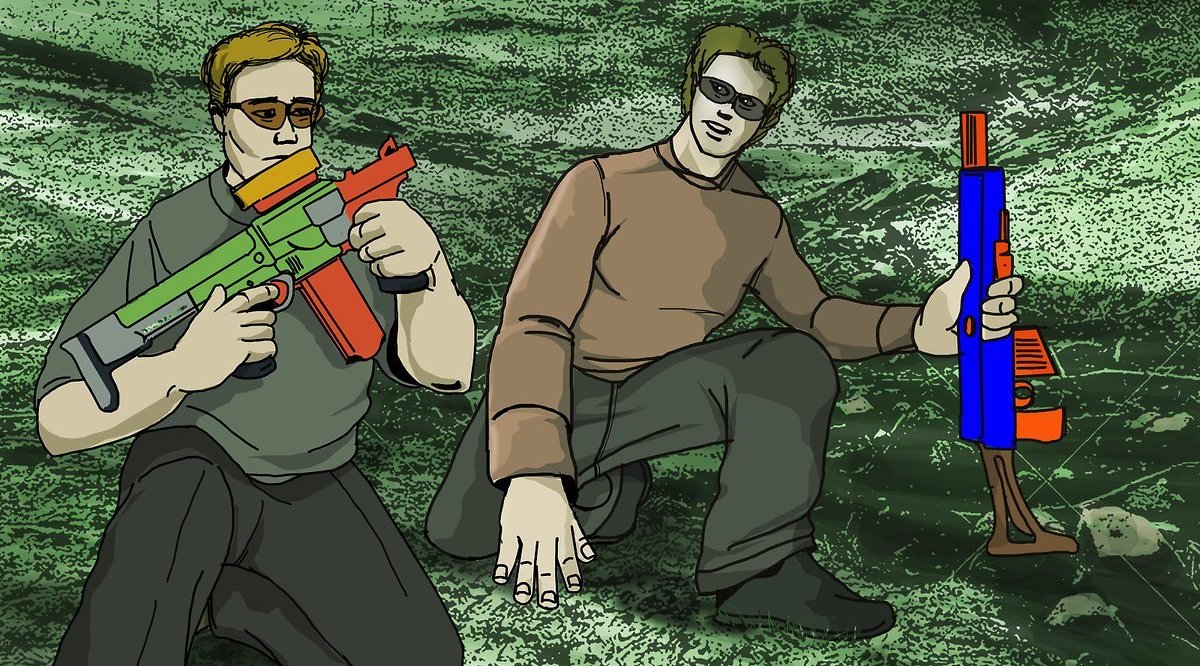 I’d like to salute the brave librarians at Willmar Public Library in Willmar, Minnesota who recently invited local kids to an afterhours shoot em up among the stacks, operating under the idea that if you get kids in the presence of books, they might just read one. I recently picked up my eight-year-old son from the carnage of a Nerf gun birthday party: children openly weeping under the slide, mercenary bands of ten-year-olds rounding up six-year-olds… a real state of nature. So I truly do honor the service of librarian Syrena Maranell, who donned safety glasses and offered herself up as first tribute in the ersatz zombie apocalypse.

Look, if you’re a regular reader of Lit Hub, you probably understand that libraries have never just been about reading, and are in many instances central meeting places for their communities, resource centers that go far, far beyond traditionally reductive stereotypes of the shushing librarian beside a stack of dusty books.

As Calla Jarvie, director of the Rock County Community Library in Luverne, Minnesota told reporter Rachel Hutton, “People are surprised that librarians are fun. They’ll say, ‘Oh, I would never expect librarians in a bar.’ Everybody has this idea of the very old woman with glasses looking at them sternly, but we’re fun, too.”

At which point she took out a Nerf gun and shot everyone who wouldn’t recognize the importance of the Oxford comma.

(Via The Minneapolis Star Tribune.)