Are We Headed Toward an Irreversible Great Depression?

Jessica Bruder Talks to Andrew Keen on Keen On

In this episode, Andrew talks with Jessica Bruder about her book Nomadland, Hollywood’s romanticization of poverty, and how our era of income inequality echoes the Great Depression.

Andrew Keen: In the book, you say, “Wages and housing costs have diverged so dramatically that for a growing number of Americans, the dream of a middle class life has gone from difficult to impossible. As I write this”—this is, of course, from Nomadland, three years ago—“there were only a dozen counties and one metro area in America where a full time minimum-wage worker can afford a one-bedroom apartment at fair market rent.” You wrote that, of course, just before 2020 and COVID. And I assume three years later, things are even worse now.

Jessica Bruder: Oh, it’s absolutely worse. I don’t have the current stats in front of me, but it is absolutely worse. When I started going out on the road, you weren’t reading all these stories yet about everybody living in RVs outside of Silicon Valley because they provide services there, but they can’t actually afford to live there. . . . I wish the book were less relevant today as opposed to more, but it’s absolutely getting worse. And with the coming wave of evictions, we are kicking that can down the road as the moratoriums get extended, but nobody has a solution for all the back rent that is due that people will not be able to pay. I think about 2008 and I think about how we bailed out the banks, and the idea that we can bail out these entities that are allegedly too big to fail but we can’t bail out our own individuals, who were really doing what the system told them to do and then got whacked by the pandemic—that, to me, is disgusting. And it’s really an indictment of our values as a country.

Andrew Keen: In Nomadland, at the end, you give a special shoutout to your close friend Dale Maharidge. I know you both teach at Columbia Journalism School. He has a new book out, Fucked at Birth: Recalibrating the American Dream for the 2020s. It’s a very similar book in some ways to yours about the death of the American Dream. In Fucked at Birth, as I’m sure you know, Maharidge asks if the 20s are the new 30s. He talks about some of those books from the 1920s, like Let Us Now Praise Famous Men, about the Great Depression. Do you see our situation today like the 1930s, in 2020?

Jessica Bruder: Yeah, absolutely. And I saw it when I was out on the road reporting Nomadland. Except the difference was on the road during the Great Depression, people really saw it as an anomaly. They saw it as a moment. And they had the idea that they would go back and be reabsorbed by the middle class. When in our situation, there really isn’t a middle class anymore. And a lot of the people I met weren’t seeing this as a temporary setback; they were seeing it as a lifestyle. They were doing it for the long haul, teaching other people how to do it. And I think that’s the difference, is basically people feel that income inequality is such right now that it’s intractable. With the skyrocketing prices of shelter, with flat minimum wage—to me, it’s absolutely staggering. It can’t be repeated enough that minimum wage at a federal level is still 7.25 an hour. We have these problems, and people are not advancing creative solutions.

Jessica Bruder is an award-winning journalist whose work focuses on subcultures and the dark corners of the economy. She has written for Harper’s Magazine, the New York Times, and the Washington Post. Bruder teaches at the Columbia School of Journalism. 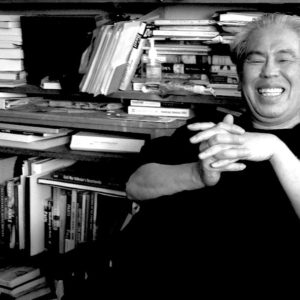 On today's episode of The Literary Life, Mitchell Kaplan talks with Paul Yamazaki about working with City Lights co-founder...
© LitHub
Back to top