“Writing,” as Voltaire’s famous maxim goes, “is the painting of the voice.” But it’s never been quite as simple as that. It’s easy to look back with dewy eyes to a time before our writing was so heavily mediated, when our communication with imbued with a metaphysical charge. (Think of the science fiction film Her, in which “Beautiful Handwritten Letters” are a hot commodity in an A.I.-driven world). But alas, the page that once contained the essence of the human voice has given way to a simulation of itself on the digital screen. What are the implications of this? Has the human voice disappeared? Tapping out a word, perhaps backspacing, deleting, highlighting, copying and pasting—how do these mechanical ways of writing change the way we think?

These are not new questions. We’ve been anxious about our writing technologies from antiquity. Long before Voltaire waxed poetic about the painting of the voice, Plato warned against the very act of writing itself. The ancient philosopher worried that our fixation on writing would displace our true inner spirit, forever exteriorizing thought in signs and symbols. Plato’s worry was much ado about nothing, of course. What could be more human than the act of writing, or “expressing oneself”? But what does “expressing oneself” mean today, when the tools we use to do so are developing a curious form of agency? Why, when so much great poetry was written on typewriters and computers as it was by hand, do we have such anxiety about the glow of our digital screens?

Consider the case of Martin Heidegger, a philosopher deeply suspicious of the technological systems that emerged in the 20th century. For all his obscurantism, Heidegger had something very simple to say about technology. For him, technology was not so much a thing as it was a worldview: our science, our infrastructure, our networks and our systems were ways of indexing and mapping, re-jigging the role of humanity itself. Take the typewriter, which Heidegger charged with an unthinkable crime. For him, this writing machine was no benign piece of secretarial equipment: it was actually destroying the very essence of the human, click by mechanical click. “Man himself acts through the hand; for the hand is, together with the word, the essential distinction of man,” wrote the philosopher. But the hand no longer writes, it types. This new machine, “conceals the handwriting and thereby the character. The typewriter makes everyone look the same.”

In this, Heidegger was channeling the skepticism inaugurated by his predecessor, Friedrich Nietzsche. By 1881, Nietzsche had lost the ability to write by hand, forcing him to produce his work with the help of a new tool—the typewriter. “The machine is impersonal,” he wrote in Human, All Too Human. “It deprives the piece of work of its pride, of the individual goodness and faultiness… that is to say, of its little bit of humanity.” In a letter to a friend, written after his acquisition of this new machine, Nietzsche would go even further: “Our writing tools are working on our thoughts.” In his view, philosophy and writing were no longer organic, painted by the voice of his pen. The typewriter had torn something essential away from him. But what?

Henry James was less cynical. “Fiercely legible,” was how he characterized printed type, which carried none of the vitality of his Victorian hand. Not that that stopped him from continuing his life’s work. When James began to develop hand-pains, thereby losing his ability to write with a pen, he hired a typist and dictated his novels to her, pacing back and forth in his Sussex study as his assistant tapped away with machine-gun rhythm on the new Remington.

This was the age not only of the typewriter, but of the telegraph—that rapid-fire form of communication that encoded human language into dashes and dots. Was this encoding technology wiping away the human being, beep by beep? In 1900, around the time that James took up his Remington, the US Patent Office received an application for a new “Writing Telegraph” called the Pollak-Virag, named after its designers. Unlike the other, impersonal model of telegraphy (which made all messages, and therefore all humans, look the same), the Pollak-Virag telegraph aspired to imitate human writing by creating an electric alphabet indistinguishable from handwritten cursive. It wanted to re-insert the hand into technological communication.

Were he alive today, Heidegger would be alarmed by a curious coincidence: that our newest tools, our computers, are named after the actions of the human hand. In 1942, mathematician George Stibitz was trying to coin a name for his new calculating device. This new machine was the first of its kind to calculate with quick, discrete electrical impulses, much the same way a human would count on his or her fingers. For this reason, Stibitz called his machine digital (from the Latin digitus, “finger, toe”). From that point on man no longer acted through the hand—he had a digital computer to do that for him.

I often wonder what Susan Sontag would have thought of all this. As all writers do, she thought of writing as an ethical activity. For Sontag, writing is not a matter of making binary yes/no choices—when one writes, one confronts a whole different form of decision making, of philosophizing, of thinking. In a lecture on the art of translation, she notes that automatic translations by computers may come to replace much of the translation industry as it exists today. But this represents an incalculable loss, the loss of a form of literary thought. Computerized translation, in Sontag’s words, is “the finding of equivalence….”; it sees translating as “a problem that has solutions.” But translating—writing—is not about finding solutions to problems. It is about “making choices… choices not simply between the simpler dichotomies (good/bad, direct/indirect) but choices among a more complex dispersion of alternatives.” Writing does not solve problems—rather, it enhances ethical thinking. Writing resists quantification.

We all know (at least we can all intuit) that the typed word is worth less than the written word, (hence Her’s “Beautiful Handwritten Letters”) but Sontag was acutely aware of this. “I write with a felt-tip pen, or sometimes a pencil, on yellow or white legal pads, that fetish of American writers,” she confessed in a 1995 interview with The Paris Review. Typing was something different, a formality or task that came when the handwritten drafts were finished. And this is how she produced her best work: hunched over her marble living room table, scribbling away at draft after draft, until she emerged with something genius.

It’s odd to think that writers born today will not have any paper in their archives. It’s even funnier to think that these future writers may never actually learn to write. This was what it was like for me, born in 1990. I learned to write by hand at the very same time I learned to type. But rather than focus on my penmanship, I learned to process words on a machine for which writing, typing and processing were one and the same functions. Before the swirl of the pen, there was the plastic click of the keyboard. Not one continuous movement but thousands of discrete ones: arachnid fingers on a plastic pad.

I consider myself part of the last generation to remember their “first” computer. Today, there are no more first computers in the lives of the young. Just as my parents did not remember their first radio, television, or typewriter, so it goes for the generation born since 1995: computers are not an addition to their environment but a part of it. We carry computers around in our pockets, disguised as mere “phones.” We tap messages out with our thumbs, the text correcting itself as we mow along. If writing is thought, then our computers now possess something like the ability to think. Not that we notice this. The machines are woven into the very texture of experience, almost invisible, no less natural than trees, birds, rain. It no longer makes sense to say that we “use” computers, as if selecting from a number of possible tools. The computer is the only tool—the last tool.

Growing up with a computer made it difficult to understand why my teachers prized handwriting so much. It wasn’t just that the movement of pencil on paper was inefficient—to me, it was downright alien. Squeezing this slim stick used all the wrong muscles; to do so for more than five minutes hurt my hand. Unlike a digital document built out of fiercely legible symbols, my pencil felt Paleolithic, its marks far too difficult for me (or anyone else) to decipher. Was that an M or an N? A p or a q? The clean, well-spaced letters of the word processor were far more satisfying. Not to mention that it checked your spelling for you. In a sense, the words wrote themselves.

Sontag’s point about machine translation is subtle, but important. Writing is not mere communication, not the finding of equivalences. Language is more than the sum of its parts. A sentence, a paragraph, a poem, a novel—these things are not mere information, constructed out of building blocks of symbolic units. They are products of human culture, products of writing. They mean things. Literature is not a series of propositional statements. Writing is a form of thinking that stretches beyond calculation, of solving problems.

Or is this anxiety about new forms of digital writing mere paranoid technophobia, no different from Nietzsche’s and Heidegger’s dark, reactionary warnings? Perhaps. In a sense, writing on a computer more closely mirrors the process of writing by hand. While a typewriter is rigid and formal, difficult to correct and control (recall the cumbersome task of using white-out to erase a typo), word processing reflects the ease of thought, of crossing out words and creating marginalia. Indeed, the first anonymous user of a word processor thought so. Reading and writing on a screen was liberating, compared to the typewriter. “Finding that where I might otherwise hesitate in search of the right word,” writes one anonymous user, “I now pour out a succession of potentially appropriate words, leaving them all these while the rest of the statement takes shape.” Fair enough. What could be more freeing than that?

But the more digital technologies invade our lives, the boundaries between freedom and control begin to blur. Tapping out a text message on my cell phone, an autocorrect and predict-text function help guide my thought process. It adds a flourish or emoji here and there. It even recommends the special slang words and argot I use with my friends—my private languages have entered my computer’s lexicon. “Writing,” said Susan Sontag, “is a way of paying as much attention as possible.” But what happens when writing gives way to typing, when thought is just another piece of information to be processed by a machine? Is it too much to say that our writing tools are working on our thoughts? Perhaps. Perhaps not.

James Draney is a writer and critic based in London. His essays and reviews have appeared in the Los Angeles Review of Books and Bookslut. 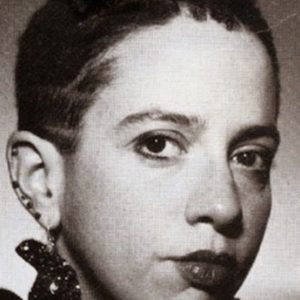 The trauma of the disappeared father is a theme Kathy Acker pursued throughout her writing, from The Childlike...
© LitHub
Back to top