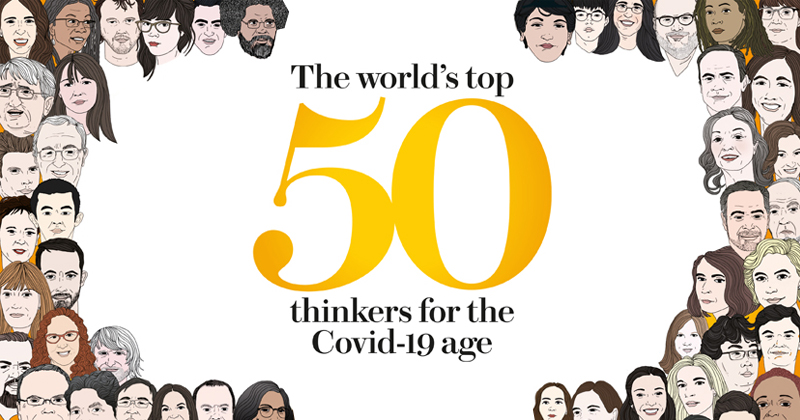 Are these the top 50 thinkers of the Covid-19 era?

Every year, the UK’s Prospect releases a list of the top 50 thinkers in the world and this year is no different—except that 2020 is very different, and so this year’s list is explicitly branded as “the world’s top 50 thinkers for the Covid-19 age.” Which could mean a lot of things. “There is nothing like an emergency to make you realize the value of practical ideas,” editor Tom Clark writes. “When the chips are down, and death rates are up, the world wants answers—especially from its sharpest thinkers.”

While Clark is proud of the list’s ideological diversity, it’s . . . slightly odd to see a list of thinkers that venerates both N.K. Jemisin and Ross Douthat. If you too find that slightly odd, Prospect is accepting write-ins.