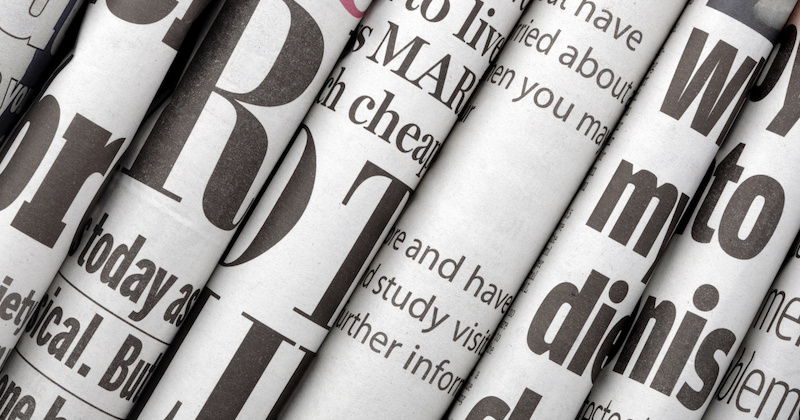 Are these the best 10 works of journalism published in the last decade?

Yesterday, in a virtual ceremony, the faculty of NYU’s Arthur L. Carter Journalism Institute announced their choices for the best 10 works of journalism published in the last decade (2010 to 2019). The final top 10 pieces of journalism (some books, some single articles) were chosen by the faculty of New York University’s Arthur L. Carter Journalism Institute, together with “a group of distinguished outside judges,” and selected from a list of 122 nominations (all of which are probably worth reading).

Here’s the final list, along with what the judges had to say about the works at hand:

1. Ta-Nehisi Coates, “The Case for Reparations,” The Atlantic

“Beautifully written, meticulously reported, highly persuasive …” “The most powerful essay of its time.” “Ground breaking.” “It influenced the public conversation so much that it became a necessary topic in the presidential debate.”

2. Isabel Wilkerson, The Warmth of Other Suns: The Epic Story of America’s Great Migration

“It’s a masterwork by one of our greatest writers and most diligent reporters. Exquisitely written as it is researched, embracing breadth and detail alike, essential reading to understand America.” “A masterpiece of narrative nonfiction.”

“A chronicle of the #MeToo era.” “A pitch-perfect primer on how to take a hot-button-chasing by-the-minutes breaking story and investigate it with the best and most honorable journalistic practices.” “This is one of the defining issues of our times, one whose impact will be felt for a long time.”

4. Katherine Boo, Behind the Beautiful Forevers: Life, Death and Hope in a Mumbai Undercity

“Unbelievably well written and well reported portrait of a slum in Mumbai.” “Vividly reports on the life of this slum’s inhabitants.”

5. Michelle Alexander, The New Jim Crow: Mass Incarceration in the Age of Colorblindness

“The book demonstrates the ways in which the War on Drugs, and its resulting incarceration policies and processes, operate against people of color in the same way as Jim Crow. Powerful on its own terms and crucial as an engine toward transforming the criminality of our ‘justice’ system.”

“Investigative journalist for The Miami Herald, examines a secret plea deal that helped Jeffrey Epstein evade federal charges related to sexual abuse.” “Brown essentially picked up a cold case; without her reporting, Epstein’s crimes and prosecutors’ dereliction would not be known.” “Great investigative reporting.” “Documenting the abuses of Jeffrey Epstein when virtually everyone else had dropped the story. “What makes this particularly compelling for me is that Brown did the reporting amid the economic collapse of a great regional paper.” “A remarkable effort to empower victims.”

7. Sheri Fink, Five Days at Memorial: Life and Death in a Storm-Ravaged Hospital

“In the aftermath of Hurricane Katrina. This is narrative medical journalism at its finest: compelling, compassionate, and unsettling.”

“Explores the beginning of American slavery and reframes the country’s history by placing the consequences of slavery and the contributions of black Americans at the very center of our national narrative.” “A definitive work of opinion journalism examining the lingering role of slavery in American society.”

9. David A. Fahrenthold, Series of articles demonstrating that most of candidate Donald Trump’s claimed charitable giving was bogus, Washington Post

“By contacting hundreds of charities — interactions recorded on what became a well-known legal pad — Fahrenthold proved that Trump had never given what he claimed to have given or much at all, despite, in one instance, having sat on the stage as if he had.”

10. Staff of The Washington Post, Police shootings database 2015 to present

“The definitive journalistic exploration and documentation of fatal police shootings in America. In a decade defined, in part, by the emergence of Black Lives Matter, this Washington Post project set a new standard for real-time, data journalism and was a vital resource during a still-raging national debate.” “In the wake of Ferguson, newsrooms across the country took up admirable data reporting efforts to fill the longstanding gaps in existing federal data on police use of force. This project stands out both in its comprehensiveness and sustained dedication.”