Are American Elections at Risk Because of Coronavirus?

Alan Hirsch on How to Save Ourselves From the Worst

As people ponder what would happen if the coronavirus has not abated by November, voting by mail has become the rage. A few states already conduct elections by mail, and others may move in that direction. Many states permit absentee voting without requiring an excuse. While the expansion of voting by mail is probably a good idea, it is far from a panacea. Indeed, it creates its own set of challenges, including potential logistical difficulties and new opportunities for fraud. Moreover, early voting of any sort can be problematic. What if, a week before the election, a scandal about a candidate is revealed or he commits a terrible gaffe? Or, worse, suffers a stroke or heart attack? Many people who already voted may wish they could have their ballot back. In that circumstance, the popular sentiment on Election Day may diverge from the vote tabulation.

Still, the benefits of expanding voting by mail outweigh the drawbacks. Voters should not be forced to choose between shirking their greatest responsibility as citizens and risking contracting a deadly virus. My concern is that we are foolishly focusing on a single threat—the virus. Have we forgotten that hackers aim to destroy the legitimacy of our election, and may have the means of changing votes from one candidate to another? Do we not realize that an Election Day terrorist attack, or attack by Mother Nature, could damage the voting infrastructure in some states? What about the fact that Donald Trump might refuse to accept the legitimacy of an unfavorable outcome? We must anticipate all potential problems, and craft a way of dealing with them.

We cannot depend on the courts to ensure fair elections, as recent events surrounding the Wisconsin primary remind us. The US Supreme Court overturned a district court decision to extend the period for counting absentee votes. Subsequently, Trump made clear his opposition to states relying more on voting by mail—notwithstanding the fact that he himself has exercised that privilege.

If we have already forgotten that hackers targeted (with some success) our last presidential election, perhaps the 2000 election seems too ancient to worry about. But if we summon our memories, a few important lessons can be learned from the Bush-Gore fiasco. First, an election crisis can occur even absent some horrible exogenous event. The candidates can end up in a de facto tie, such that we awaken the day after the election without knowing who will be the next president. Second, when faced with a tie or other circumstance (such as credible allegations of fraud) that casts doubt upon the outcome, we lack a reliable means of determining the winner.

We need an impartial decision-making body established before the election and given the power and responsibility to resolve controversies.

Accordingly, whenever elections produce serious doubt about the winner (1824, 1876, and 2000 are the obvious examples, with many close calls including 2004 and 2016), a crisis of legitimacy ensues. In 2000, it took a Supreme Court decision widely regarded as partisan to make George W. Bush president. In fairness to the Court, someone had to make the final determination. Other possibilities included Florida courts, Florida’s legislature, and the US Congress. Especially in the super-charged, post-election atmosphere, none of these bodies were considered trustworthy. The losing party was apt to feel cheated no matter the outcome, including the one that obtained.

We need an impartial decision-making body established before the election and given the power and responsibility to resolve controversies. Ideally, such a body would be tri-partisan, including an equal number of Democrats and Republicans as well as people affiliated with neither party. The Democratic and Republican members, no less than the unaffiliated, must be well-regarded by the other party. Possible examples include Colin Powell, Joseph Lieberman, Jon Huntsman, Sam Nunn, Olympia Snowe, Bill Richardson, Kay Bailey Hutchinson, William Cohen, Chuck Hegel, and Evan Bayh.

Ideally a constitutional amendment would create a permanent Presidential Election Review Board along these lines, designed to take necessary action to prevent or resolve presidential election disputes. But with an election around the corner, and everything from foreign hackers to a pandemic causing us to fear an uncertain process or outcome, we should not await the passage of such an amendment. Congress can create such a board by statute—now. Why wait until it is too late?

A Short History of Presidential Election Crises (And How to Prevent the Next One) is available now via City Lights.

Alan Hirsch, Chair of the Justice and Law Studies program at Williams College, is the author of A Short History of Presidential Election Crises (and How to Prevent the Next One) (City Lights, 2020).

My Writing Schedule is for Satisfaction, Not Fun

Our Personalized Quarantine Book Recommendations, Round 4 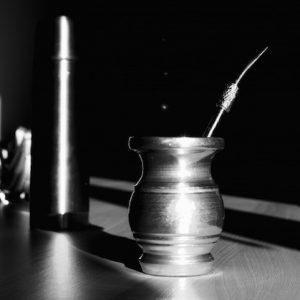 My Writing Schedule is for Satisfaction, Not Fun

Sometimes people are curious about how a writer schedules her day in order to get her writing done, and this brief chapter...
© LitHub
Back to top
Loading Comments...