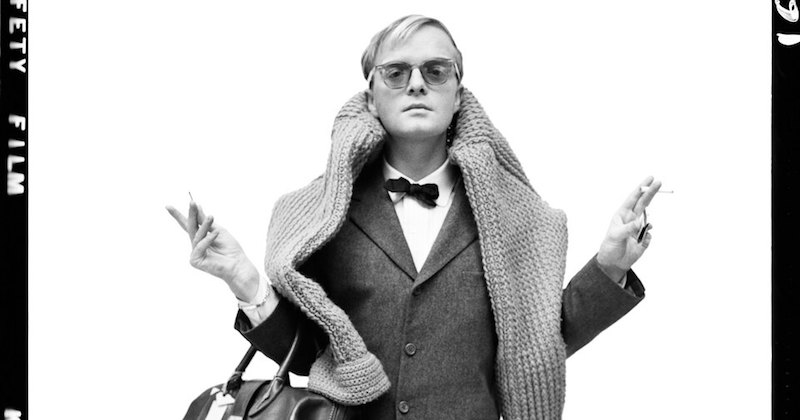 “Any sort of drug distorts it.” Truman Capote on writing under the influence.

Truman Capote—the man who created Holly Golightly, wrote the most famous true crime book of all time, sparred with Gore Vidal, and threw the party to end all parties—would have turned 96 today.

Capote’s final years were spent in and out of rehab clinics, as the author fought a losing battle with drugs and alcohol. He died in August, 1984, just a month shy of his 60th birthday. According to the coroner’s report, the cause of death was “liver disease complicated by phlebitis and multiple drug intoxication.”

Sixteen years previous, at the height of his fame, Capote gave the below interview, in which he talked breezily about drugs and alcohol, and their ruinous effects on the creativity of the artist. It’s kind of a tough watch now, given our knowledge of the toll substance abuse took on his own once-glittering career, but an interesting one all the same.

On kids these days:

“I’m afraid they’ll all end up on Poplar Street in Ohio in nice little white framed houses pretty soon anyway, but for the moment I think they’re very amusing…”

On marijuana and LSD use:

“I don’t think there’s any harm at all in smoking marijuana. I personally have no particular affinity with drugs. I have smoked marijuana, many years ago. I had a house in Tangier…”

“I have a doctor friend, a psychiatrist…[he] wanted me to take it [LSD] because he had this theory that LSD produces, artificially, a Schizophrenic condition which he thought would be fascinating if articulate people could describe precisely…”

On drugs and creativity:

“The creative act has to be the most disciplined action in the world. The mind has to be so surgically balanced, that anything that distorts it makes for false art…the whole focus of your talent has to be absolutely crystalized…any sort of drug distorts it.”

On alcohol and writing:

“I’ve found one thing that does sometimes work. I think drink is the worst thing that can happen to any writer…but I have found, if I get into a terrible tension state over a paragraph or a couple of sentences, that I can adjust it somehow. If I wait till the end of the day and save it, and then I have a drink, somehow the release of the drink and the tension suddenly makes the whole thing fall into place. But you can’t go beyond that…”