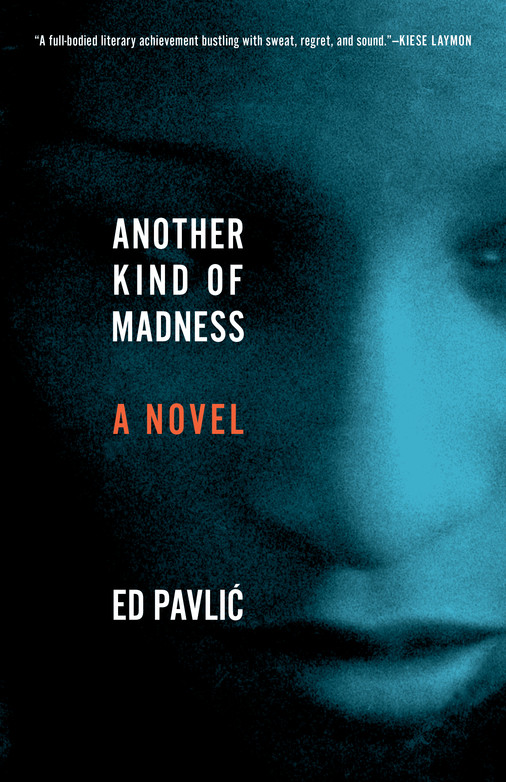 The following is from Ed Pavlic's novel Another Kind of Madness. Ndiya Grayson returns to Chicago as a young professional, but is haunted by half-repressed memories of childhood trauma. One night, vulnerable and emotionally disarrayed, she meets Shame Luther, a construction worker by day and a self-taught piano player by night. Pavlic is the author of several poetry collections, including Visiting Hours at the Color Line, winner of the 2013 National Poetry Series.

The whole Inflation thing had been Ndiya’s idea. The old, half-empty lounge was there just down the street from Shame’s place. The piano was in the back already. It seemed obvious to her. But it wasn’t to him.

–I only do that, OK, I only play, at the Cat Eye because someone at Earlie’s dared me and, really, no one listens anyway. People come there as an excuse to hear themselves talk, to look at themselves in the mirror. They’re not there to see and listen to each other. All that’s just cover. So they’re sure not listening to me. It was a goof. That’s all.

–Well, sir Shame, I’ve listened. And I’ve watched. I know what nothing looks like . . . and what you’re doing ain’t it. And anyway, why all the long-ass way up on North Broadway? If it’s nothing, there’s a piano right around the corner.

That was six weeks and four shows at Inflation ago. Shame said they weren’t “shows.” Ndiya felt the deepening snow collapse beneath her boots as she walked up Rhodes Avenue toward Sixty-Third Street. A maze of yellow flakes dazzled the street lamp. What she knew of the sky was blackness. What she saw in the sky then was the glow of city lights. What she felt on her upturned face were pieces of a broken maze melted by body heat that pushed through her skin. She was a pressure alive under a blizzard of details. Without that heat, she thought, like the cars parked on both sides of the street, she’d be covered already. She thought back to their argument.

–And, FYI, people up there have started listening, I’ve watched that too.

–Exactly. But they can listen to me all they want and still only hear themselves.

–So what’s the difference?

–Exactly, again. So “what” is the difference. Folks down at Inflation are already hearing a bunch of shit they trying not to listen to. And it ain’t themselves!

–Well, adding me to the mix of shit they trying not to hear can only cause trouble. That’s what’s so . . .

–Trouble for you or them?

–Neither, trouble for everybody. And most of all for us.

Ndiya wouldn’t be surprised if Shame just didn’t show up one of these nights. Maybe tonight. It was obvious by now that more than one person lived in his skin. She’d watched him move in the mornings before work. Back and forth from room to room. Nothing about him suggested he knew the person he’d been the night before, or who he might be later that afternoon. No radio. No music. One morning during the first week she was staying with him, she wrapped herself in a sheet and stood there in the middle of the living room waiting to tell him goodbye. He passed her three times, then finally on the way to the closet near the door. It wasn’t simply that he acted like she wasn’t there that prevented her from saying anything. It was the heavy weight in his pace. Apart from his face, masked in a surgeon’s neutrality, she didn’t recognize the way he moved at all. She decided there was no reason to stand there, so she went back to bed, wondering if that might snap him out of it. She said, “Bye,” when she heard him lacing up his boots at the door. The door closed and the place was quiet until she heard the motor jump to life and disappear down the street. 6:22 a.m. on her phone. She heard herself, arguing with Shame:

–Well, according to the Gospel of Shame Luther himself, trouble’s what everyone’s got anyway, so—

–What? Listen, we’re all better off with songs. Songs no one listens to because they’ve all been tunneled under like border fences. People listen to radio and plug jukeboxes for the same reason they pay a toll on a bypass to go around a traffic jam.

–What people? Most of those Inflation folks don’t look like tollway types to me.

–Woman, how can someone who is always right get everything so wrong?

Ndiya stopped walking. She tried to remember how exactly Shame had changed his mind, if he had. Or how he had relented, if he had. She couldn’t. She doubted that he’d done either. All she could remember was:

–What about the alley cats?

–That’s eavesdropping, unofficial, bootlegging. It has to stay that way.

But he’d begun to play that piano at Inflation. He played music unlike anything she’d heard him play before. She didn’t know what they heard. But people listened. Still, something in Shame’s blank, before-work face kept her from gloating about being right; she held back.

The temperature was supposed to drop overnight. At this point, it hovered around freezing. The snow carpeted the dead parts of the street. Ndiya’s eyes scraped along the rooftops to her right on the east side of Rhodes Avenue. Each flake that hit her face made her blink. She pretended that her face was a clear, glass bowl of water. She remembered the first time she heard Shame play the piano. She was upset. The cover-up and cul-de-sac of her life wouldn’t be denied any longer. She was also buzzed from the shots of Scotch she’d slammed uptown and a little dizzy from the ride on the cycle along the lake. This was the infamous date number two. She stood behind and above him as he played. He wandered toward a melody that never seemed to actually happen. She watched the delta of veins on the back of his wrists and hands. No watch. No rings. Dark crescents under his tar- and mortar-stained fingernails. Those hands. That was when she’d caught a brief, first moment of his scent, a distant whiff that made her think of her father.

–Shame, do you smoke?

She put her hands on his sides, his ribs opening slightly with each breath. She hadn’t noticed it at first, but with her hands on him, she felt how the tempo of the notes breathed when he did. She had never thought of a piano as a wind instrument; in a way it was. She didn’t realize that her breaths had fallen into the opening and closing rhythm of Shame’s song too.

She couldn’t tell where the song was headed. Each right-hand phrase popped into motion like a sleeping dog falls into stillness, over some dream-reef into nameless sleep. “How do you do it?” she asked. He said he didn’t know. They weren’t songs. He knew that. They weren’t his and neither was the piano. He knew that too.

–When I started to play, I thought of it as a kind of drumming, really. I found I was full of rhythms, and certain keys made them possible. It felt like anonymous precision. It felt like self-defense.

–And from what else?

That first night, they’d half stripped and fucked on the rug. One arm still in her sweater, neither of them had meant it; they just didn’t know what else to do. Shame’s touch seemed to come from somewhere far away, too far to be so close, so fast. A cloud of static, and heat. Their ankles knocked against the legs of the piano bench. There they where. She remembers the feeling like just before a plane takes off and the sense that the ground speed is lethal, the only thing left to do is look up and let go. Shame cursed under his breath when he came and bit her shoulder. She felt the seam of skin close into a slip of heat when she pulled him down on top of her with both hands. He rode her home on his cycle and she cursed herself silently, vowing not to see him again, ever. Her precisely anonymous self-defense failed. Since the first, her time with Shame felt like a question faced off with itself in the mirror.

From Another Kind of Madness. Used with permission of Milkweed Editions. Copyright © 2019 by Ed Pavlic. 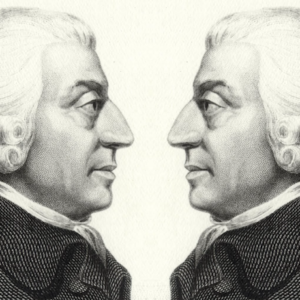