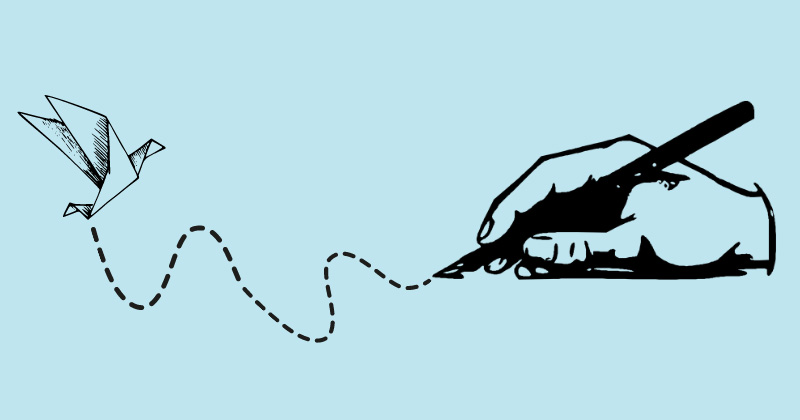 Announcing the winner of the 2022 Restless Books Prize for New Immigrant Writing.

Literary Hub is pleased to announce the winner of the Restless Books Prize for New Immigrant Writing, which each year awards $10,000 and publication to a first-time, first-generation immigrant author, alternating yearly between fiction and nonfiction. The 2022 fiction prize goes to Praveen Herat for Between This World and the Next, a novel, which will be published by Restless Books in 2024. This year’s prize was judged by Tiphanie Yanique, Deepak Unnikrishnan, and Ilan Stavans.

Born in London to Sri Lankan parents and educated in the UK, where he graduated from UEA’s Creative Writing MA, Praveen Herat currently resides in Paris. But it was a three-year period living in Phnom Penh that marked him profoundly as a writer. There, he grasped that his experience as a first-generation immigrant and itinerant emigrant, navigating constantly between the center and the periphery, had profound parallels with a number of quintessential contemporary experiences. The key protagonists in his novel Between This World and the Next manifest this in different ways: through struggling with the complex legacy of their mixed-race heritage; through the experience of being exiled from wider society as a slave, and through being consumed by the lust for status and power in the lawless void that followed the fall of Soviet communism. During a ten-year period of researching and writing a book that charts the evolution of transnational crime across numerous locations, which include not only Cambodia but Ukraine, Dubai, and Liberia, he has pursued a diversity of professional opportunities: supporting victims of domestic abuse, project-managing museum events and working with young people as an academic coach.

A brainy and headlong international thriller of arms dealing, Between This World and the Next tells the story of Fearless, a burnt out British war photographer and Song, a Cambodian woman who has been physically and psychologically beset by the violence in her country. When Song disappears, leaving only a mysterious videotape behind, Fearless must navigate a dangerous network of shady power brokers, transnational kingpins, sex traffickers, and arms dealers, uncovering a sprawling network of criminality and corruption in a newly post-Soviet world. Praveen Herat challenges our own complicity as passive observers when exposed to a constant stream of media depicting suffering across the world and asks what we truly know about anyone, even the people we hold dearest.

This propulsive, page-turning thriller counters assumptions of what an immigrant writer is supposed to be. Riven by dark acts, the story is uplifted by love—the love between sisters, the love of the bereaved, and a remarkable platonic love between Fearless and Song. A passionate exploration of power, poverty, and greed, Between This World and the Next pushes immigrant literature to another literary stage with its sharp new perspective.

Praveen Herat on his winning novel, Between this World and the Next:

On my first morning in Cambodia in 2004, I pulled back the curtain of my hotel room window to see two men haggling over the contents of a car’s trunk: a gun that, even with my limited knowledge, I recognized as an AK-47. Whether in the hands of a Tamil Tiger at the Battle of Jaffna in Sri Lanka, my country of origin, or strapped to the chests of guerrillas in the Second Chechen War, was there a more ubiquitous object in the news—then or now? How and why had this particular weapon proliferated in every corner of the globe? As a writer, I felt that this was my territory; above all, I am interested in what is everywhere around us but rarely spoken about.

My curiosity about the weapon would profoundly shape my thinking about the world and my writing. The simplified explanation—that the fall of communism had spawned an international illicit trade in military stockpiles—sparked a broader fascination about the evolution of the post-Soviet global order, including the phenomenon of oligarchs who had risen from obscurity to absolute power in a matter of years. In this respect, the next three years I spent in Cambodia were instrumental. Here was a country where the impact of clashing ideologies was palpable: into the void left by the implosion of radical communism were rushing the ideology and aspirationalism of a capitalism that few were mentally or spiritually prepared for.

Meanwhile, particularly evident in the beach town of Sihanoukville, was the presence of a thriving Russian mafia who were profiting from the relatively lawless environment. Transnational, stateless crime was a symbol of a fundamental shift that was also manifested by the rise of Al-Qaeda: in the new geopolitical reality, states were less and less important in comparison to borderless, globalized and often anti-hierarchical phenomena. The Bosnian conflict was a crucial case in point: a tribalist catastrophe, where ethnic sectarianism and shared religious doctrines usurped and redrew national boundaries.

Today, I am struck by how these forces continue to shape reality, as Russia, under Putin, attempts to raze Ukraine to the ground. The desire to wield power; the mystical belief in the greatness of one’s nation—which in rendering so many fellow citizens contemptible is, nevertheless, not necessarily nationalism; the idea that reality is a theatre to be manipulated and that everyone, without exception, is just a player in a game. But how would I address all this and its genesis in the 90s in the form of a novel, translating extensive research and intensive reflection into a narrative that could whisk the reader across geopolitical space and time in ways that are at once dynamic and non-didactic?

The first piece of the jigsaw was the central figure of the photojournalist, who embodies the worry that we are passive observers, exposed to the pain of others to an extent that is unprecedented in history but unsure of what actions this position implies. In the character of Fearless, my thinking about the political and the personal intersects. How should we best respond to the conflicts and misery around us? What duty do we have to intervene? How do we live in the world without doing harm?

Federenko, Fearless’s former fixer and friend, whose ultimate rise to oligarch status underpins the arc of a projected tetralogy, argues strongly that we have no duty at all: “Do I live wholly, completely, for myself?… Yes! Yes! Your people made this choice a long time ago. Whether you want to accept it. Whether you like it or not. Whether they knew it or not. Never pursue a phantom, Pushkin said. Or waste your efforts on the air. Love yourself, your only care!”

The relationship and love between Fearless and Song repudiates this. Two remarkably different people, thrown together in unusual and dangerous circumstances, triumph through compassion and collaboration—qualities which the novel itself epitomizes as a uniquely dialogic genre.

As the former British diplomat Carne Ross wrote on the 10th anniversary of 9/11: “The lesson of the last 10 years is that stateless phenomena need to be fought by stateless means. We need new movements to take on terrorism, with ideas, with argument, with engagement by a force far more powerful than any army. That force is our own compassion, wisdom, and collaboration. It is us.”

It is also my hope and aim with this work.