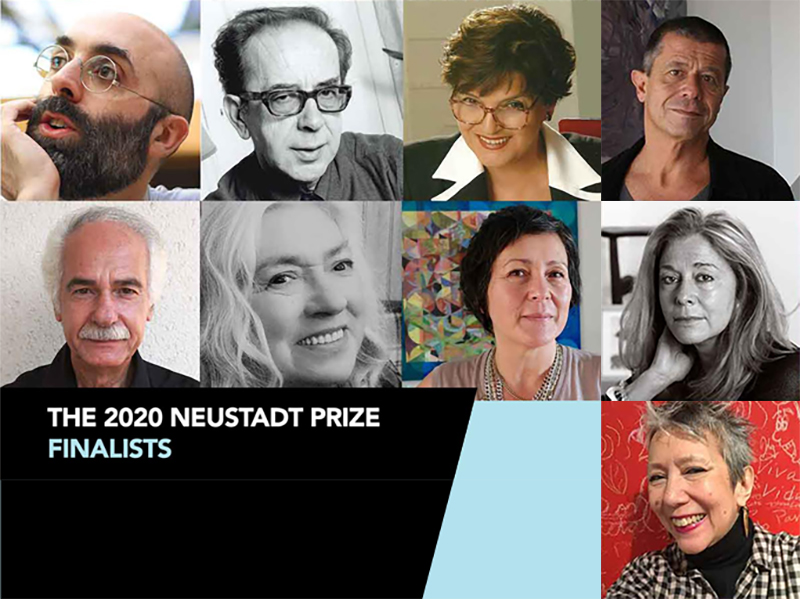 Announcing the 2020 finalists for the $50,000 Neustadt International Prize.

World Literature Today has announced the nine finalists for the 2020 Neustadt International Prize for Literature. According to a press release, the prize, which comes with a $50,000 purse, “recognizes significant contributions to world literature and has a history as a lead-up to the Nobel Prize in Literature.” It is also “one of the very few international prizes for which poets, novelists, screenwriters and playwrights are equally eligible.”

Abdellatif Laâbi (Morocco), author of Beyond the Barbed Wire

“It is exciting to have such an esteemed group of writers vying for the Neustadt Prize,” said Robert Con Davis-Undiano, executive director of World Literature Today, the prize sponsor, in the same release. “Literature is a powerful voice that teaches us about the world beyond ourselves. This truly international slate of finalists demonstrates once again that excellent literature knows no borders.”

The winner will be announced on October 16th at the 2019 Neustadt Lit Fest.