Storybound is a radio theater program designed for the podcast age. Hosted by Jude Brewer and with original music composed for each episode, the podcast features the voices of today’s top literary icons reading their essays, poems, and fiction. The first season of the show was featured on Spotify, Spotify, TuneIn, Stitcher, Castbox, Pocket Casts, and Pandora, and was covered in the New York Times, the AV Club, and a dozen other outlets. Season 2 will launch on July 14th.

In each episode of Storybound, listeners will be treated to their favorite authors and writers reading some of their most impactful stories, designed with powerful and immersive sound environments.

Check out the trailer below and subscribe to get updates on season two, launching July 14, 2020:

Season two stories include, but are not limited to:

–Journalist Chloe Caldwell reads her essay “The Opposite of Light” from her forthcoming untitled book.

The show is a collaboration between The Podglomerate podcast network and Lit Hub Radio.

Subscribe, listen, and enjoy the engaging stories of literary icons from across the world as we bring you into Storybound. Episodes will begin running weekly on December 3, 2019 and will be available for free on Apple Podcasts, Spotify, Stitcher, TuneIn, Google Podcasts, PocketCasts, iHeartRadio, Pandora, Castbox, or wherever you listen to podcasts. 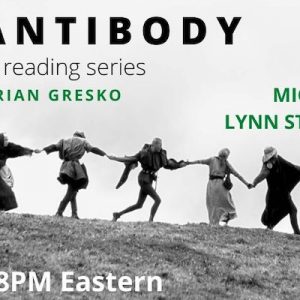 This is episode 15 of The Antibody Reading Series, a weekly reading and Q and A hosted by Brian Gresko. Tonights guests...
© LitHub
Back to top