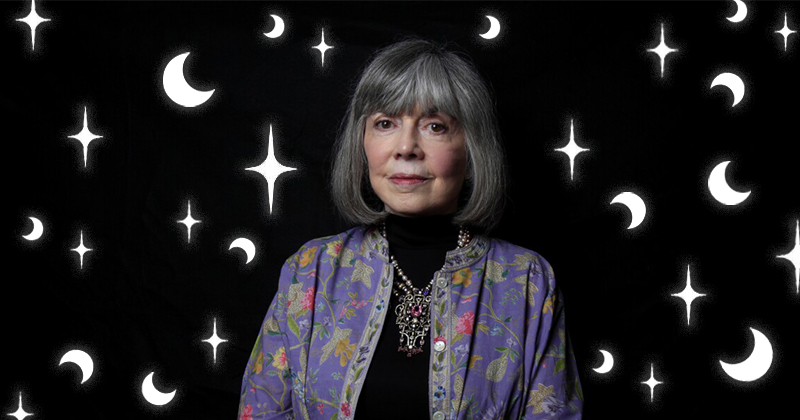 Anne Rice, the Queen of Gothic Literature, has died at the age of 80.

Anne Rice, the prolific and beloved author of gothic novels, most famous for her 1976 debut Interview with the Vampire and its sequels, died on Sunday in Rancho Mirage, California, from complications from a stroke. She was 80. Rice’s son, the author Christopher Rice, posted the news on her Facebook page.

“As my mother, her support for me was unconditional,” he wrote. “[S]he taught me to embrace my dreams, reject conformity and challenge the dark voices of fear and self-doubt. As a writer, she taught me to defy genre boundaries and surrender to my obsessive passions. . . . Let us take comfort in the shared hope that Anne is now experiencing firsthand the glorious answers to many great spiritual and cosmic questions, the quest for which defined her life and career.”

It’s safe to say that her legacy will be large enough to include both.