J. Courtney Sullivan in Praise of an Iconic Character

My first copy of Anne of Green Gables was an illustrated picture book, a Christmas gift from my parents when I was six or seven. The oversize blue hardcover did not contain the actual text of Lucy Maud Montgomery’s 1908 classic. It offered no hint of the title character’s remarkable voice. Instead, Anne and the people of Avonlea were depicted in fluffy watercolors, everyone’s heads a bit too big for their bodies.

The book was not one of my favorites. Something about it seemed fusty, and something else about it gave me the creeps. When I wanted to read, which I so often did, it stayed behind on the shelf, passed over in favor of Ivy Cottage or James and the Giant Peach. But occasionally I’d pull Anne of Green Gables down and stare at the cover, as if knowing that this inconsequential object would someday play a larger role in my life. (Or maybe I only concocted the thought in retrospect, like when you look back on the moment you met your best friend and imagine it tinged in light.)

The summer I turned nine, I acquired the real thing, unadorned and unabridged. I cannot remember where. Most likely, I was with my father, either at the Little Book Room, a heavenly children’s bookshop in my hometown, or else, at the grocery store, in the aisle of mass-market paperbacks where I usually ended up when instructed to go get the milk. Unlike my fancy hardcover version, this one was small, with thin gray pages and no illustrations. Between its flimsy covers existed a world that would enchant me for decades to come and a literary heroine to whom I’d relate more than any other.

I read Anne of Green Gables at bedtime with my parents, and then alone with a flashlight under the covers, long after I was supposed to have gone to sleep. This was 1990 in the suburbs of Boston, yet Anne—an orphan sent accidentally to the Prince Edward Island farm of Matthew and Marilla Cuthbert, who had requested a boy—felt more relevant to me than any Sweet Valley twin or member of the Baby-Sitters Club. (Though don’t get me wrong. I loved them too.)

Eleven years old when first we meet her, Anne (“spelled with an e”) Shirley is the patron saint of girls who ask too many questions. I could relate. What are you, writing a book? a friend’s mother had snapped at me, exasperated by my inquisitiveness, one day that same summer. Little did she know, the answer was yes.

Anne’s boundless imagination often gets her into trouble, but it also makes everything around her more compelling. She possesses the sort of empathy one only gains from spending a lot of time pondering the lives of others. Anne is quirky, odd, over-the-top. But I was the kind of child who projected emotions onto ladybugs and inanimate objects, so to me it made perfect sense to see her pause and consider a geranium’s point of view.

Anne’s creative mind transforms the mundane, turning Barry’s pond into the Lake of Shining Waters and the Avenue into the White Way of Delight. Everything in nature—the trees, the fields, the sky—is beautiful, as seen through the eyes of Anne, who finds beauty wherever she looks.

“Isn’t it splendid there are so many things to like in this world?” she says.

And, “It’s been my experience that you can nearly always enjoy things if you make up your mind firmly that you will.” Yet Anne is no Goody Two-shoes. She can hold a grudge like the best of them. When her boat sinks and Gilbert Blythe rescues her, she is almost moved to like him until she remembers the offending incident two years prior, when he embarrassed her by calling her “Carrots” and she was forced to bring her slate down on his head.

What moved me most when I first read the book was the fact that Anne was not saccharine-sweet like some of the female characters I’d encountered in novels up until then. Nor was she wicked, like certain others. Instead, she was a mixture, like me. She loved and hated in equal measure. She made lots of mistakes, though never the same one twice. (Ever since reading that particular detail, I have endeavored to do the same.)

“For Anne to take things calmly would have been to change her nature,” Montgomery writes. “The pleasures and pains of life came to her with trebled intensity. Marilla felt this and was vaguely troubled over it, realizing that the ups and downs of existence would probably bear hardly on this impulsive soul and not sufficiently understanding that the equally great capacity for delight might more than compensate.”

Long after other books from childhood faded from memory, Anne and her story stayed clear in my mind and kept showing up in my life. In college, I met a girl named Laura who would go on to be one of my closest friends. A die-hard Anne fan, she was in possession of the excellent Anne of Green Gables miniseries on VHS. We watched it when we felt homesick or needed a boost, sitting cross-legged on the floor of her dorm room, reciting our favorite lines. (Many years later, when I got engaged, Laura’s first response was to suggest a bachelorette party on Prince Edward Island.)

Anne of Green Gables provides a language, a terminology perfectly suited for a certain type of girl. The type who is passionate about the world and its beauty and other people, and as such is never entirely satisfied. At 35, I still speak in Anne-isms: I seek out kindred spirits. I appreciate bosom friends. On a bad day, I’m in the depths of despair.

When I read the book again now, I appreciate the adult characters more, all of them so vividly drawn. Rachel Lynde, the judgmental busybody neighbor with, it turns out, a very large heart. Matthew, painfully shy and wonderfully kind. And especially Marilla, who loves Anne fiercely but usually tries not to show it, and when she does try, finds it hard to express after living a life devoid of sentimentality.

To reread this book is to be transported back to Green Gables in an instant. Fully knowing the outcome, I’m still breathless with worry when Marilla’s brooch goes missing and she won’t allow Anne to attend the picnic.

Now the writing itself stands out to me. There is such pleasure to be found in a line like, “In geometry Anne met her Waterloo.” Or a chapter entitled Matthew Insists on Puffed Sleeves.

As a novelist, I cherish the idea of how a simple story of female lives, closely observed, can contain the world. I see the book’s feminism now, so ahead of its time. When the first female teacher comes to Avonlea, Mrs. Lynde says it’s “a dangerous innovation.” In fact, it marks a shift in both the cultural tide and Anne’s own life. Anne wants to know why women can’t be ministers. She revels in having ambitions. She isn’t boy-crazy like many of the girls around her. In her view, female friendship trumps romance any day.

In the relationship with Gilbert that she so resists, even as we can see where it might be headed, Anne doesn’t play dumb to get the boy but instead sees him as a fierce intellectual rival. (It is possible that the term frenemy itself originated with Anne and Gilbert: “What would she do without their inspiring rivalry? Would not work, even at a co-educational college with a real degree in prospect, be rather flat without her friend the enemy?”)

The book’s last pages hint at the worries of adulthood looming—the failing bank, the threat of losing the farm. In the books in the series that follow, Anne wrestles with all these things, as well as with the constraints of work and marriage and motherhood.

As she grows up, so, too, do her admirers.

A few years back, my parents sold my childhood home. I told them I didn’t want to keep a thing. All my beloved books were given away, and for a time, that was fine by me.

But now I am expecting my first child, a boy. (My friend Laura has suggested we name him Gilbert Blythe Junior. In text messages and emails, she refers to him exclusively as GBJ.) As soon as I knew I was pregnant, I started rebuilding my collection. The first book I bought was Anne of Green Gables, an edition that is beautiful, and complete. One I hope to read with my son someday, seeing it anew through his eyes.

Who knows what he will be like, or whether he will see himself reflected in the story. I hope, like Anne, he’ll be a sensitive, appreciative soul, who even on the darkest of days can look out over the ocean and say, “Dear old world, you are very lovely, and I am glad to be alive in you.” 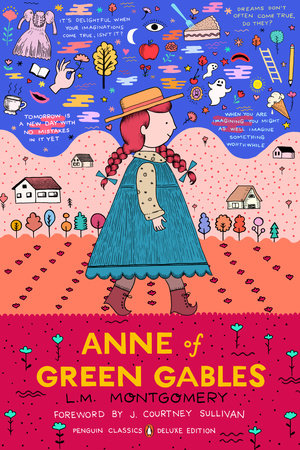 J. Courtney Sullivan is the author of the novels The Engagements, Maine, and Commencement. She has contributed to The New York Times Book Review, the Chicago Tribune, New York magazine, Elle, Glamour, Allure, Real Simple, and O: The Oprah Magazine, among many other publications. She lives in Brooklyn, New York. 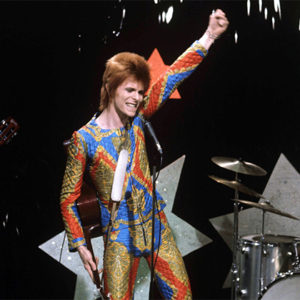 2016 was a terrible year for the entertainment industry. For a while, it seemed that every time you opened a newspaper, or every...
© LitHub
Back to top