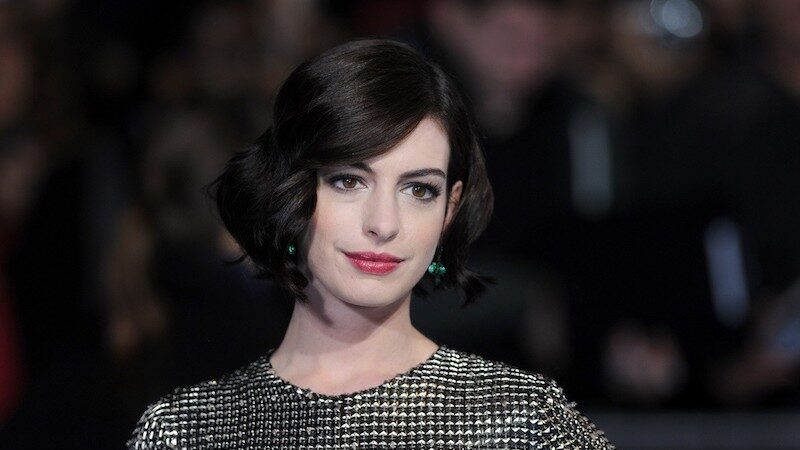 Anne Hathaway will star in the film adaptation of Ottessa Moshfegh’s Eileen.

For weeks, the adaptation of Ottessa Moshfegh’s atmospheric first novel Eileen, about a young-ish woman who takes a job at a boys’ prison, has been quietly shooting in New Jersey. Though no cast has been formally announced, Metuchen, NJ mayor Jonathan Busch recently confirmed on Twitter that Anne Hathaway is starring in the film, alongside Shea Whigham (Boardwalk Empire, Joker, Homecoming) and Thomasin Mckenzie (Jojo Rabbit, Old, Last Night in Soho). The film, currently without a distributor, is directed by William Oldroyd (Lady Macbeth), with cinematography by Ari Wegner (The Power of the Dog).

The roles haven’t been announced, but gauging the ages of the actors one can make an educated guess that Mckenzie is playing Eileen, Whigham is playing Eileen’s alcoholic father, and Hathaway is playing Rebecca, Eileen’s mysterious and beautiful coworker. This all tracks—though it’s impossible not to note that in the book, Eileen is notable for her bodily abjection and self-loathing, and Mckenzie is, well, a beautiful movie star. (More homely representation in movies, please!) Perhaps the movie will make Eileen’s distorted self-hatred, rather than any genuine physical ugliness, canon, or Mckenzie will just get de-glammed; either choice will be exciting. Plus, there’s the excitement of 60’s costumes. (I mean, this coat!)