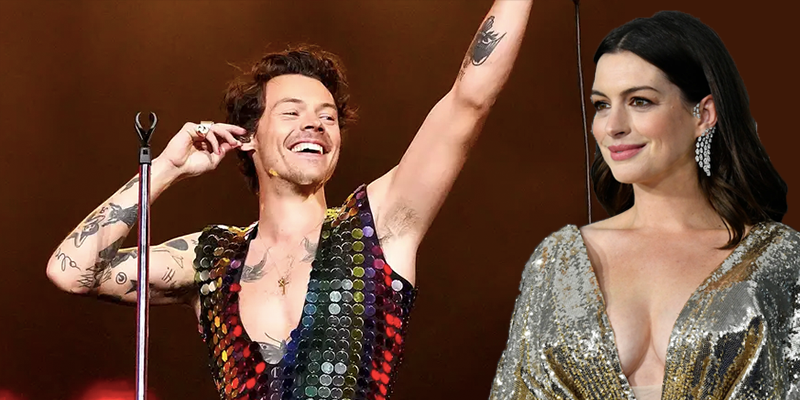 Anne Hathaway is going to star in a Harry Styles fan fiction adaptation. (Yes, you read that right.)

Anne Hathaway, in my eyes, can do no wrong. She captured our childhood hearts in Ella Enchanted and The Princess Diaries. She made us laugh in Get Smart and cry in Les Mis. Most importantly, she prepared us for the grueling years we’d endure as assistants in The Devil Wears Prada. The hits just keep on coming! (You could say I think she’s cool, I dig her cinema.) And it appears that there is a logical next step for her career. Yes, it can only go in One Direction…

Now she’s been cast as the lead in the film adaptation of Robinne Lee’s The Idea of You. The book tells the story of a woman approaching 40, recently divorced and desperate to get closer to her teenage daughter. So she takes her to a concert, to see her favorite boy band—and ends up falling in love with one of the 20-year-old singers, who is (of course) loosely based on Harry Styles.

Michael Showalter (the man who brought us The Dropout and The Big Sick) is set to direct the movie for Prime Video. They start filming in October. Golden!