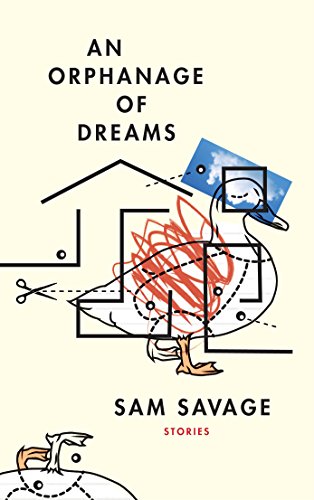 The following is from Sam Savage's short story collection, An Orphanage of Dreams. Savage is the author of Firmin: Adventures of a Metropolitan Lowlife, The Cry of the Sloth, Glass, The Way of the Dog, and It Will End with Us. Savage holds a PhD in philosophy from Yale University. He was a finalist for the Barnes & Noble Discover Great New Writers Award, the PEN/New England Award, and the Society of Midland Authors Award.

The muskrat is an important animal. It lives in holes. It seldom experiences any of the extreme forms of anxiety. It is not in holes because of that. It does not fear nuclear attack. It smells bad, hence the name. It smells good to other muskrats. We have no idea how it smells to other muskrats. At what point will we cease being fond of it? It used to be valued in coats. They were not called muskrat coats because that was too much like rat coats. It doesn’t like being made into coats. It makes little stick houses on the ice. It is not a miniature beaver. It does not do well in college. Male muskrats engage in bloody combat over female muskrats. It does not mature easily. It must not be confused with the European water rat. It does not like moles.

It eats ants. It is not an anteater. Nobody seems to know what it is exactly. It is a scaly mammal. It prefers the simple life. When frightened it curls up into an impregnable ball. A frightened pangolin is the size of a basketball. If you puncture a pangolin, air does not come out. It is capable of making a hissing sound but that is not the reason. It possesses a thin, very sticky tongue that it uses to capture ants and termites. The tongue is so extremely long it is kept in a sheath that reaches to the pangolin’s abdomen. When people have epileptic seizures it is important not to let them swallow their tongues. There are no epileptic pangolins. There are no photographs of Dostoyevsky with a pangolin. When Dostoyevsky was twenty-eight he was sentenced to be shot for sedition. He stood in the prison yard. He was in his underwear and it was very cold. They were to be shot three by three. He was in the second group of three. He was not allowed to curl up into a ball.

It hates its name. It is not a pig. It has piglike eyes. It can’t jump. It is nearsighted, has a large brain and an excellent memory. Resentment builds up. It is lonely. It goes to the park by itself. It is always alone on its bench. It is prickly and no one wants to sit with it. It feels like a pig. It dreams of an address in Hollywood. Sometimes on dark nights it roosts in trees. It has a tiny apartment in a suburb of Cleveland, the most distant place it had money to get to. What a life. In the winter it eats conifer needles and bark. It is deeply pessimistic. It is more pessimistic than any animal before it. In the spring it eats flowers.

It is always angry. It takes medicine for this. It has tried meditation, long-distance running, yoga, nothing helps. It tried golf, but that made it angrier. It looks like a portly and well-fed bear though it is constantly afraid of starving. It is fond of moose. It is a noisy eater. It sits at the counter in the diner and people stare. It wears a brown soup-stained cardigan that it never washes. It complains to anyone who will listen. When it was still young it went off to London, because it wanted to improve itself. It found a room in Ealing. That was in 1963. It bought a trench coat. It tightened the belt across its belly and turned the collar up. It bought a hat. It made sandwiches and ate them in Hyde Park. It did not want to be recognized. One night it went to Covent Garden to see Margot Fonteyn dance with Rudolf Nureyev, who had just defected from the Soviet Union. It kept its hat on. People were looking at it. They were wondering what a wolverine was doing at Covent Garden. Nureyev danced. It was the most beautiful thing the wolverine had ever seen. It was so beautiful the wolverine began to cry, and the block of anger inside it melted and flowed away with the tears.

After work the weasel gets together with other weasels that hang out on the corner across from Eddie’s Meat Market. That’s their corner, everybody knows it’s their corner, polecats and stoats are not welcome. The weasels don’t have a lot to say to each other, they just bitch and complain and leer at people walking past. Eddie at the market hates having them there, they scare customers off, he says, nobody wants to walk past a bunch of leering chicken killers. They hang out there anyway, out of spite, just to show him they are somebodies. The weasel doesn’t give a damn about the other weasels’ problems, he barely listens to their whining. It feels good to complain aloud after bottling it up all day at work, just saying the words feels good to him even if none of the others listen or would care if he dropped dead tomorrow. Afterward, at home in his burrow, he wonders if the others are as lonely as he is. It would be funny if they all really just wanted friendship and love and couldn’t get any closer to it than standing around bitching on a street corner.

“Animal Crackers” is used by permission from An Orphanage of Dreams (Coffee House Press, 2019). Copyright © 2019 by Sam Savage.

Reading Feminist Futurism in the Age of the “Female” Virtual Assistant 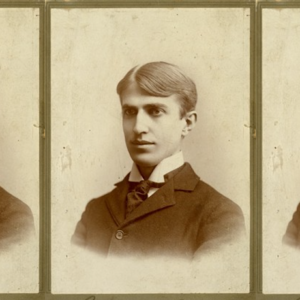