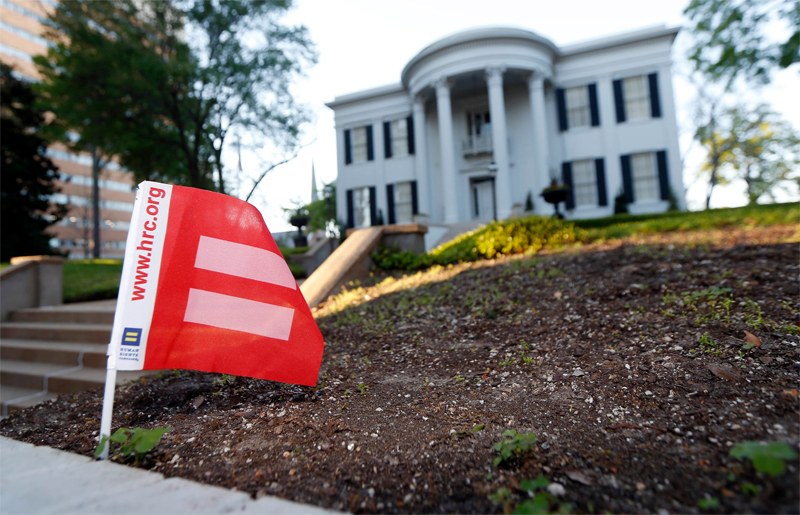 "It's Important to Distinguish Between People and Governments"

Writer and Mississippi native Katy Simpson Smith spearheaded the effort to organize the group of 95 Mississippi writers who signed their names to her eloquently written statement of opposition to HB 1523, otherwise known by a title that Orwell would have been proud of: the Protecting Freedom of Conscience from Government Discrimination Act.

When Katy contacted me late last week, I happened to be working on a chapter from a novel in progress involving a character who is assaulted by man with whom he has been romantically involved. These were hard writing days, and I did not look forward to sitting down at my desk each morning. Writing fiction demands that we go into the unknown spaces and open wounds of our characters. This process is difficult and unpleasant but necessary. Of course, our experience of the real world outside our fiction can be difficult and unpleasant as well, as evidenced by something like the passing of this hateful, reactionary piece of legislation. I once heard Stuart Dybek say that “writers don’t just witness humanity; they invent it.” It’s one of the civilizing effects of literature that it demands writers and readers make large empathic leaps and in doing so expands our humanity as individuals and a people. Bills like HB 1523 do just the opposite. They diminish our humanity. They shrink our love and understanding of—and at the very least our commitment to—one another.

It was important to me to sign the letter and to write this now because HB 1523 does not represent the values of the Mississippi I know, and the Mississippi I know is not just me and the few like-minded folks I let wander into my art biosphere. It’s the people I interact with day to day in Hattiesburg, where I live, but also the folks I meet when traveling across the state, whether it’s going to a blues festival in Clarksdale, visiting a Civil War battlefield in Vicksburg, trekking to Greenville for Delta tamales, attending a reading in Jackson or Oxford, or getting down and dirty at a crawfish boil on the Gulf Coast. It’s important to distinguish between people and governments and to remember that governments are often at odds with their own populations, something I’m very much aware of not just as a Mississippian but also as a United States citizen.

I’ve been asked on more than one occasion why I live in Mississippi, and the question usually carries the subtext of how can I live in Mississippi. Five years ago, when I moved here from San Francisco, I wondered that very thing, able only to conjure the sorts of images and headlines that make the state the butt end of so many national jokes. What I found here was not a place of reactionary intolerance; in fact, it was the opposite. Part of what I love about it here is its diversity and its openness to that diversity. Mississippi has a strong, proud, and active LGBTQ community and they are part of what makes this a nice place to live. Our legislators have turned their backs on them, so now it’s time to enact our democratic rights and speak out, fight back, and get this disgraceful bill repealed. 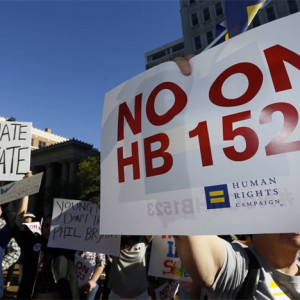 I signed the Statement of Mississippi Writers opposing HB1523 because I'm trying not to get swallowed up by sheer hopelessness. Because...
© LitHub
Back to top