On Pandemic Times and the Life to Come

We don’t know who we’ll be by this time next year. We don’t even know how many may no longer be around when this is over. Nor do we know when it will go away or how different our lives and lifestyles will be once the pandemic is finally behind us. Will it ever be behind us? Will time restore us to who we were scarcely two months ago when things used to be, let’s just say, normal? By Thanksgiving and next holiday season, we know many will have lost their jobs, their incomes, their homes, their health benefits—and who can predict the disastrous ripple effect the stock market will have if it hits bottom. Predictions are meaningless. The modern world has seen nothing like this.

I am reminded of the AIDS crisis before we even knew there was an epidemic or how it was being transmitted. All we knew was that it was deadly. Nothing more. People disappeared, one by one. Anyone could be next. And sometimes they were, eventually.

The world had no idea what effect 9/11 would have on New York, nor did we have the foggiest notion of how desolate our streets would look, or how, without tourists in a city bustling with people from everywhere, New York could within a few short days drop its swanky, up-to-the-minute face and slink back to what it used to be in the early 1960s—a dark, stark, bituminous city best captured by Billy Wilder’s black and white film about two forlorn characters who can’t even fall in love.

After the Twin Towers fell, gone was the ferment in the streets, Chinatown vendors suddenly disappeared, a hollowed-out Madison Avenue was limited to business types, no one shopped, people were numb-stunned, and we all cringed each time we heard the doleful whine of sirens racing up and down deserted avenues, as did the sirens once during World War II—as do ambulances all day and night now. Time had stopped, the center barely held, and life had changed unimaginably. We were still the same, but we needed our friends, others called from around the world, and we wanted our children and loved ones close by.

The other example is equally bleak. It’s a scene from the television series Band of Brothers. Here are the GI’s, taking a rest, surrounded by bombed out buildings with debris and fallen masonry piled up everywhere, while four German string players are playing the short adagio from Beethoven’s c-sharp minor quartet, arguably one of the two loveliest pieces ever composed. Did those defeated Germans playing Beethoven know that their grandfathers and older folk would be picking up bricks and broken furniture from mounds of debris? Didn’t the once-besotted German nation ever suspect that all wars must unavoidably lead to one place only? Had they ever asked who they would be when the war was over?

Maybe once. When it was too late.

Which reminds me of the Blitz in England, when people heard a house blown up across the street, and another just two houses down, and all those left untouched thought they’d been lucky this time but might easily be next.

Our president has called this a war. This is not war, but worse than war.

Who knew that Milan and Paris would relive wartime hardships and face enforced home quarantine? Those old enough to have witnessed the shortages and rations of WWII—or those who have lived through countless civil wars around the globe—must surely remember what curfews felt like. People are singing from their balconies—a show of hearty solidarity and fortitude.

Actually, they are wailing from their balconies.

Our president has called this a war. This is not war, but worse than war, as the latest statistics tells us that over one million worldwide have suffered from Covid-19. So we wash our hands and we use sanitizers—but we all know we’ve slipped here and there, just as we all know that if the enemy has a mind to catch us, it will find us, no matter the distance we keep from one another or how people cough or sneeze into their elbows. Now simply talking without a mask to someone can pass the virus along.

We will be changed. Kisses to go around at a New Year’s party will probably be considered reckless for years to come, a handshake between people who’ve signed a solid deal will remain a treacherous gesture. Hugs? Risky business. A warm embrace on a first date?—who knows. Imagine a tiny shop without hand sanitizer or a bartender without gloves, or picking up an envelope from your mailbox without immediately wiping it clean with alcohol and then washing the hand that touched the envelope that touched the postman that someone else had also touched along the chain and washing your hands all over again because you forgot to clean the keys when opening your mailbox. It’s the stuff of comic ditties.

I am also thinking a lot of loved ones in times of crisis. But now, rather than huddle together in an apartment that feels safe because we’re all together under one roof, we need to stay away from each other. My sons won’t come to see me for fear of infecting me with something they may carry but show no symptoms of. Friends are banished forever. Friends of friends?—not a chance. The cable guy is persona non grata.

So I am thinking of the time when we will look back on our old way of life and remember when we didn’t think twice before going to a theater or a restaurant or lying flat on an allegedly clean mat in a gym, or when a crowded subway car was not something to worry about, if only you could get past the person standing in the doorway because he’s taken a liking to leaning against the door once it shuts again.

Imagine that there were days when people made summer plans. Summer plans? Get serious. Airline tickets, hotel reservations, concert tickets, sporting events, private lessons, dental appointments, life itself—we’ve canceled everything if others haven’t canceled us first. Dinner with friends? A thing of the past. Some of us even liked a crowded movie theater, even when the person behind was chomping away at a bucket of popcorn. Never again.

If I hear someone cough, I’m out!

They say the psychological aftereffects of the virus may linger for a generation. That’s twenty years. By then we’ll have forgotten how to touch anything or anyone. What a world that will be.

Still, I look forward to the time when we’ll all look back on these days—which may or may not be our finest hour—and say not this is the beginning of the end or the end of the beginning, but what on earth was our president thinking when he uttered one confounded idiocy after the other and thought he was Winston Churchill speaking to a nation under fire?

André Aciman was born in Alexandria, Egypt and is an American memoirist, essayist, novelist, and scholar of seventeenth-century literature. He is the New York Times bestselling author of Call Me by Your Name and Find Me as well as of Out of Egypt and Eight White Nights, among other books. Homo Irrealis, his forthcoming collection of essays, will appear in January 2021. Audible will soon release his novella The Gentleman from Peru. Aciman is the director of The Writers’ Institute and teaches Comparative Literature at the Graduate Center, CUNY. 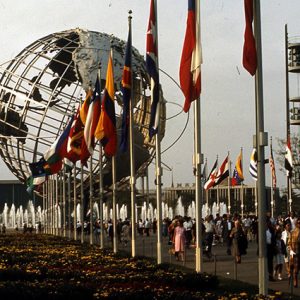