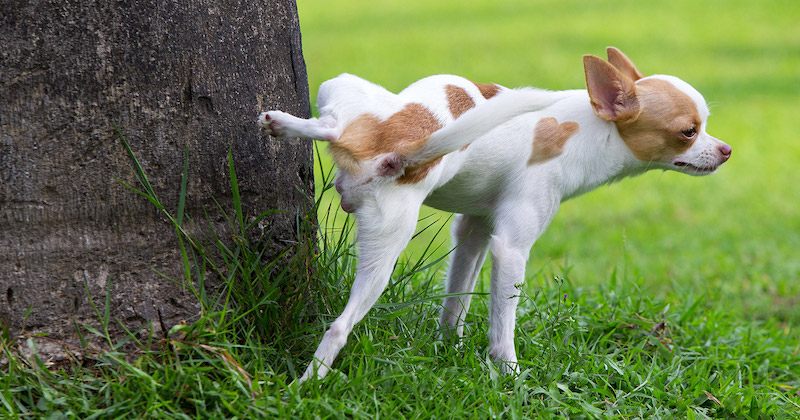 And the prize for oddest book title of the year goes to . . .

Gregory Forth’s A Dog Pissing at the Edge of a Path has won the U.K.-based Bookseller/Diagram Prize for Oddest Title of the Year, beating out runner-up Kathryn L. Smithies’s Introducing the Medieval Ass for the honor.

No, it’s not autofiction: A Dog Pissing at the Edge of a Path is an extensively researched study focusing on how the Nage—an indigenous people living primarily on the islands of Flores and Timor—understand metaphor and use their knowledge of animals to shape specific expressions. The titular image is an idiom for “someone who begins a task but is then distracted by other matters.”

The Oddest Title prize is decided by public vote, and A Dog Pissing won a whopping 49%. Said Tom Tivnan, prize coordinator and managing editor of The Bookseller, “I thought it would be a closer race, but A Dog Pissing is practically a perfect Venn Diagram of an ideal winner. [It combines] the three most fecund Diagram prize territories: university presses…animals…and bodily functions.”

Introducing the Medieval Ass, this year’s runner-up, is also a university press title: out from University of Wales Press, it’s a wide-ranging account of the socioeconomic and cultural significance of the ass, or donkey, in the Middle Ages and beyond. It makes sense that university press titles are favorites for the prize, given they shine a light on niche research a reader may not otherwise encounter. We might laugh at 1986 winner The Book of Marmalade: Its Antecedents, Its History, and Its Role in the World Today, because it’s nice to imagine someone has devoted their life to the history of marmalade. We might laugh at the very first prize-winner, 1978’s Proceedings of the Second International Workshop on Nude Mice, because . . . well, nude mice.

Other contenders for this year’s prize included Classical Antiquity in Heavy Metal Music, Lawnmowers: An Illustrated History, and The Slaughter of Farmed Animals: Practical Ways of Enhancing Animal Welfare. All very funny, but they lack A Dog Pissing’s digital age tie-in: Forth’s editor, Jonathan Crago at McGill-Queen’s University Press, called A Dog Pissing at the Edge of a Path “quite timely, given that pandemic screen time seems to be turning us all into distracted dogs straying from the path.” How true, Jonathan. How true.

Like Loading...
A Dog Pissing At The Edge Of A Path humor Introducing The Medieval Ass Oddest Book Title The Bookseller The Diagram Group The Hub
© LitHub
Back to top
%d bloggers like this: