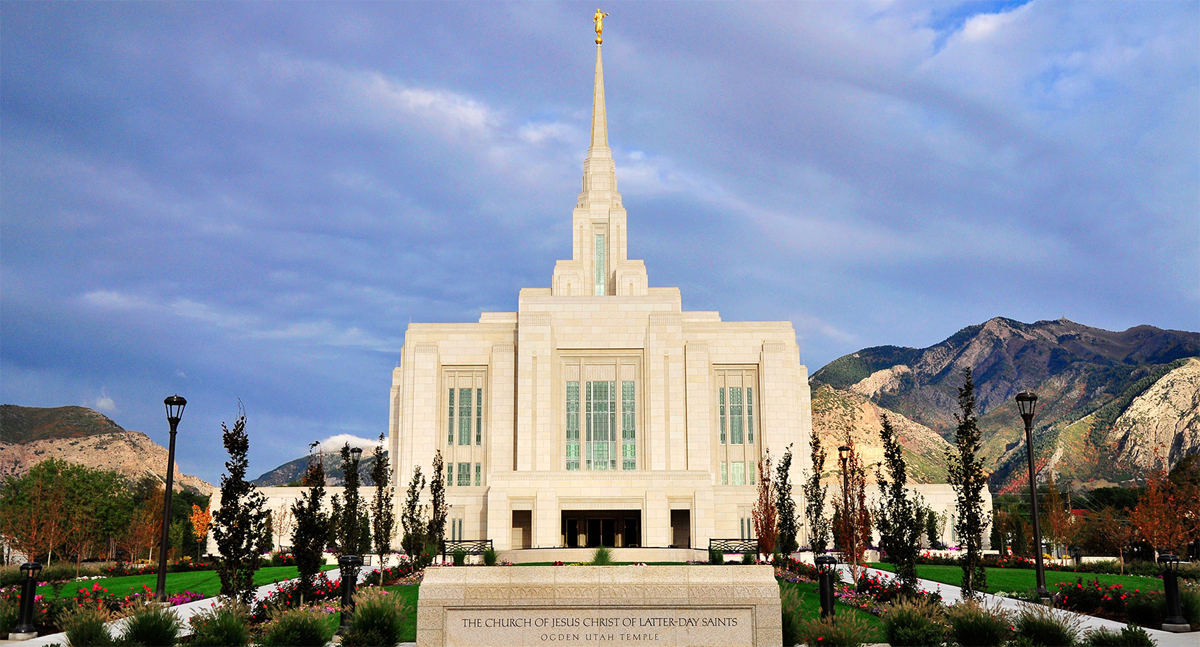 An Outlier in Ogden: Judith Freeman on Growing Up Mormon

Growing up, everyone I know is a Mormon. The first friends I make are all Mormon because I meet them all in church. Church is the center of our life. All my mother’s and father’s friends are Mormon, even the couples who sometimes come over in the evening and play cards with them and eat nuts and drink Pepsi-Cola (technically the Pepsi is forbidden, even though the church owns a lot of Pepsi stock—no caffeine is allowed by the church’s Word of Wisdom—and card playing isn’t exactly encouraged either, though everyone does it).

All my aunts and uncles and cousins—every one of my relatives—are Mormon. We are all Mormons, everyone in my family, everyone I know, everyone at school, all the politicians, and the schoolteachers, and the people who own the businesses where we shop, except for the Japanese farmers (known as the Japs to my parents) where we buy our produce in the summer but they are an entirely different people, the Japs, and we don’t expect them to be Mormons, just like the black people on the other side of town aren’t Mormon and we don’t care about that either. But everybody else we know or see or do business with is Mormon, devoutly Mormon, churchgoing Mormons who never miss a meeting. There is never a time when we think of ourselves as anything but Mormon, first and foremost.

But as I get older and start kindergarten I realize there are, in fact, a few people in the world who aren’t Mormon: these people are called “gentiles” because they do not belong to our church. They are not just outsiders, as I slowly begin to understand, but in some sense they are less than us, some kind of heathens or lost souls because they do not have the advantage of belonging to The One True Church and they do not have a testimony of the Truthfulness of the Gospel.

The outside world, apparently, is full of heathens.

We don’t worry, however, because we have our world to ourselves, and the heathens seem far, far away.

In time the heathens will begin to interest me. When I was still a teenager, my mother accused me of picking only rich kids for friends and also of choosing friends who weren’t Mormon, and this was probably true. She said it meant I didn’t think my own family was good enough for me, implying that I was growing into some sort of snob. But I didn’t think this is what it meant at all. I thought it meant that I was, from a very young age, always looking for the other.

Around this time, when I first start school, I meet a girl my age called Brenda Butterfield. She is an only child and she moves with her parents into a house a block away from ours. I notice her the first day she comes to school: she is small and lively and has a brown ponytail and when she speaks her mouth twists to one side and she says funny things. I like her right away. When she invites me to come to her house one day after school, I discover she is not a Mormon, and neither are her parents. In fact her parents smoke and drink and this is dreadfully interesting to me because these things are totally forbidden by the church and I have never been around anyone who drinks or smokes. I’m fascinated by the way Brenda’s parents light their cigarettes, sometimes holding the smoldering end of the one they’ve just smoked to the tip of a fresh one while sucking on it with their cheeks puffing vigorously in and out. There’s such suspense to this: will they get the new cigarette going off the old one or not?

I find the smell of cigarette smoke to be totally alluring.

As I spend more and more time at the Butterfields’, I discover there are in fact many things about Brenda Butterfield’s household that begin to interest me, including that she is an only child. I have no idea what this would be like. Not only that, but her parents are younger than mine and they’re always goofing around with each other. Sometimes when Brenda’s mother stands at the sink doing dishes her father sneaks up behind her and puts his arms around her and begins kissing her neck.

This is not something my parents ever do.

Another time I see Mr. Butterfield lift up Brenda’s mother, holding on to her buttocks while she wraps her arms around his neck, and he swings her around and around until they both get dizzy and fall over on the couch laughing.

My parents do not do this either.

The Butterfields make alcoholic drinks and keep liquor bottles and funny-shaped glasses in a cupboard and sometimes they let Brenda mix their drinks for them. Soon I get to help her with this task, measuring out the strong-smelling liquids into a tiny silver cup and dumping them into the glasses, then dropping in maraschino cherries or olives or special little onions that come in a tiny jar.

This is called “cocktail hour” at the Butterfields’ and we don’t have one of those either. Instead we have Family Home Evening, where we gather in the living room and sing hymns and read special messages from the priesthood or the Relief Society, the church organization for women, about keeping your faith and your family strong, and then we have refreshments and eat the cake or pie or cookies my mother has made and have some Kool-Aid to wash it down.

I begin spending a lot of time with Brenda Butterfield, in part because she shares a love of the same things I do. She likes stupid jokes, especially knock-knock jokes, and we spend hours making these up. She loves to play outdoors, and she especially loves horses, and together we make stick horses, tying yellow yarn or black yarn to the special sticks we’ve chosen for our horses to make their manes, and then we make little reins out of pieces of rope and we ride up and down the sidewalk with the sticks thrumming between our legs, holding on to the reins, turning our horses and racing this way and that, running up and down the concrete with the sticks vibrating against the sidewalk. Such pleasure, to play this way with our horses, without ever imagining where a part of that pleasure is coming from.

My mother doesn’t like it that I spend so much time at the Butterfields’, though she has nothing against Brenda, thinks she’s a nice little girl in fact. But she also thinks I ought to invite Brenda to come to church with me. Wouldn’t that be a good idea? she says. To introduce her to the gospel? But Brenda doesn’t want to be introduced to the gospel, and her parents aren’t hot on the idea either. In fact her father laughs out loud when I mention it the next time I visit their house and suggest that Brenda might come to church with me next Sunday. He ruffles my hair and looks down at me and says, We’re the wrong species, kid. I don’t quite know what this means but I’m sure it’s a no.

When Brenda and her parents invite me to take a trip with them to visit Brenda’s grandfather in Jackson Hole, Wyoming, amazingly my parents agree. It’s my first trip anywhere without my family and therefore it’s immensely exciting, especially because it means I’ll be with the Butterfields, as part of their family, for five whole days.

We set off in the car, with Brenda’s parents chain-smoking in the front seat, and suddenly I don’t find the smell of cigarette smoke so alluring anymore. In fact I feel quite sick but of course I can’t ask them to stop smoking, though I do have to ask them to stop the car, but only once, and then I don’t really throw up, I just stick my head out the open door and take deep breaths until I feel better.

It takes us the better part of one day to get to Jackson Hole, where Brenda’s grandfather lives in an old log house not far from the center of town. He’s called One-Eyed Jack because he only has one eye. The other is covered with a black eye patch. Every year he plays the part of the outlaw in the town’s annual Fourth of July shoot-out on Main Street and he’s become famous for this, a well-known figure in all the bars and restaurants, and I’m impressed when he takes Brenda and me around town because he seems very famous. We get to go into the Cowboy Bar with him and sit on the barstools that are made out of real saddles, even though technically kids aren’t allowed in the bar, because everybody seems to make exceptions for One-Eyed Jack. He’s got a craggy face and wears a black cowboy hat and he’s old and wizened and all in all he looks quite sinister with the black eye patch, but he turns out to be a very nice man who, when he finds out how much Brenda and I love horses, takes us out to the big barn behind his house and rigs up a saddle with ropes attached to the front and back and tied to the high rafters and then he swings us from one end of the barn to the other while we take turns sitting astride the saddle and clinging to the horn. This is fun, rather dangerous fun, but not as much fun as if One-Eyed Jack had real horses in his barn, something I’ve been led to believe he does. The disappointment is rather bitter.

Still I have lots of fun in Jackson Hole with Brenda and her parents and her one-eyed grandfather, though when I get home my mother smells the smoke on my clothes and then holds them away from her and goes, Eeeew! Where have you been?

With the heathens, I want to say. Having fun.

Judith Freeman is a novelist, critic, and essayist whose newest book, The Latter Days, will be published by Pantheon in June 2016. Her first book, a collection of short stories, Family Attractions (1988), was praised in the New York Times for its originality. Her novels include, The Chinchilla Farm (1989), Set For Life (1991), A Desert of Pure Feeling (1996), and Red Water, named one of the 100 best books of 2002 by the Los Angeles Times. She is also the author of the non-fiction work The Long Embrace: Raymond Chandler and the Woman He Loved, hailed by Jonathan Lethem as an “elegant, stirring book.”
http://www.judithfreemanbooks.com/

Christos Ikonomou, Accidental Prophet of a Country in Crisis 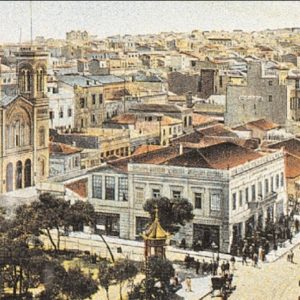 Christos Ikonomou, Accidental Prophet of a Country in Crisis

More than any other book I have read in Greek in recent years, Christos Ikonomou's Something Will Happen, You'll See speaks...
© LitHub
Back to top
Loading Comments...