An Open Letter to An Unnamed White Writer

The following essay is in response to this post.

When I was working on my MFA, I remember very distinctly having a conversation with my friend Donald Quist—one of the few other people of color in my program—about how we wanted to be perceived as writers.

Now, a few years later, I look back at those remarks with a bit of embarrassment. As I grew as a writer and as a person (and yes, as a Latinx person), I realized slowly that it didn’t matter whether I wanted it or not: I was, and am, a Latinx writer.

Yesterday, my sister posted a link on Facebook to a white man’s confession: he had been using a Latinx name as a pseudonym for his work (Garcia, of all names!), and now he was sorry about it. While still attached to the offensive name in question, he stated:

I co-opted Latino identity and cultural cachet without ever having lived—in the most real, day-to-day sense—what it means to be Latino in the United States today.

This is undoubtedly true. Being Latinx is certainly a lot more difficult and complex than having the last name “Garcia;” not only is there very real violence faced every day by people of color, it turns out that you can have someone literally use your name as they apologize to you for using your name.

More than that, though: it’s as if they were wearing brownface, continued to wear brownface while apologizing for wearing brownface, and then didn’t seem to have any plans to stop wearing brownface any time in the future. The unnamed author of this confession frets that using his real name could result in a loss of his “livelihood” or hurt the people he cares about; he doesn’t know how to “discreetly” change his name on social media. For these reasons, he must keep wearing this costume, right?

Of course not. Imagine this name is, in fact, a costume: when you find out it’s actually a horribly offensive thing to wear, what do you do with it? Do you keep it on until some Latinx person takes it from you? Or do you destroy it? Rip it to shreds so that it can never be seen again?

Listen, Unnamed White Writer: your costume is offensive, and your words have done nothing to make me feel better because what you’ve done (and continue to do) is a material damage. Your costume has earned you a career, and you’re sorry for any offense that causes, but until you replace the old costume with a new one, it’s if you’re still using the name.

Are you not willing to give up the financial success? You’re regretful, but only up to the point of whether or not you can continue to profit from appropriation? What good is your apology if you only continue to do what you’ve done before?

If you want to know what you should do to make this right, it’s fairly simple: stop it. Stop using my name. Stop using my culture. Stop accepting any profit off this appropriation. Give away all your money. Delete your social media accounts. Buy up every copy of your book and throw it into the ocean. Rip the costume to shreds.

You say in your confession, “I’m not trying to characterize myself as a victim of my own ignorance. I’m not a victim.” This might be the truest statement you wrote; you’re not a victim. Let’s not pretend that you’re at a disadvantage here. You’ve made a profit off of appropriation, and you get to stay in your relatively safe white male world.

And all I’m asking you to do is this: stop.

It’s not that I can’t forgive someone for making a horrible, racist and offensive gesture, but honestly, what good would my forgiveness even do in this situation? Why am I, a Latinx person, being offered this apology?

People of color are not priests; we aren’t here to absolve you of your sins. You make it explicit that what you wrote was “not about making me feel better. It’s for the people I’ve hurt.” Yet if this isn’t about you, then why is the onus put on us?

“All I can do is accept what comes next,” you say, waiting for us, Latinx people, to respond and tell you how to make it better. And here’s the irony—I’m here, a Latinx person, forced into this conversation again about why you shouldn’t appropriate someone else’s culture and why you should stop using my name.

But what am I supposed to do?

I use a Latinx pen name, and I’m a Latinx writer. And I can’t take this costume off.

P.E. Garcia is the Dead Letters Editor at The Offing, and an assistant editor at The Rumpus. 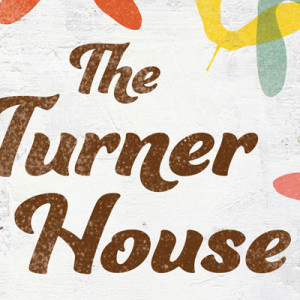