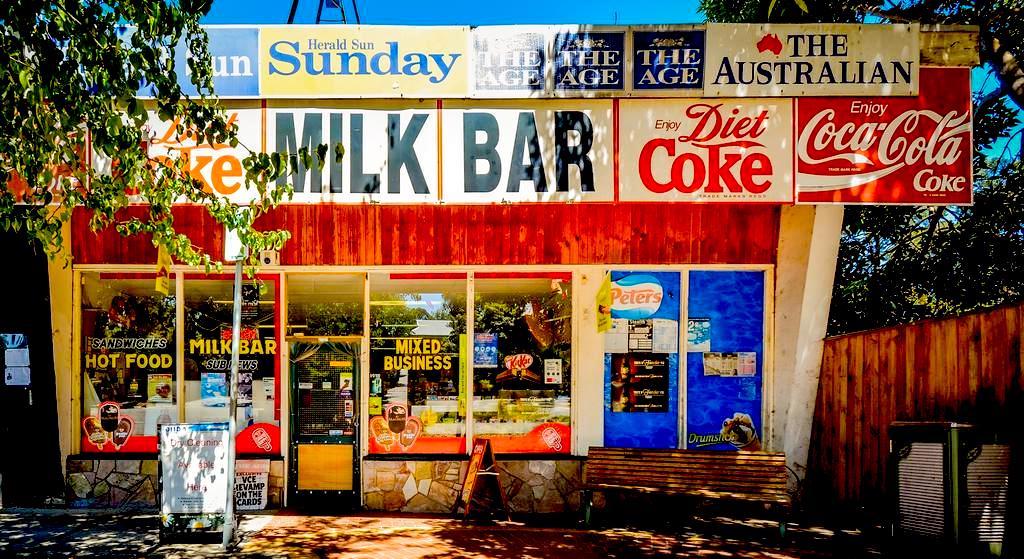 Madelaine Lucas on Finding a Boo Radley House of Her Own

Every childhood deserves a Boo Radley house and the Olympia Milk Bar was mine, although for years I didn’t know your shop had a name. I was eight the year my father and stepmother moved in three doors down and we became your neighbors. Remember me then—twiggy limbs and home-cut bangs, blonde hair already tarnishing. The sign out the front of your shop was missing as many letters as I was teeth. It read: MILK AND SNACK, SMOKES, S_E_TS, like an unfinished game of hangman. To me, you looked impossibly old, emerging out of the dark, cool interior with your black eyes and gray pallor, your thinning white hair.

Nobody in the neighborhood remembered you as a young man—that was a different life, on another continent, an ocean away. Strange how I think of it that way—the neighborhood—as if I’d grown up in a small town instead of a largely anonymous urban corridor of car washes and discount dealerships, of apartments above struggling shop fronts on a long road that led away from the city, to the suburbs, to beaches. Soot blew in beneath our doorframe, blackening the soles of my feet. Every year, I had to have my blood tested for lead. I learned in that house to sleep against the sound of constant rushing traffic. If you close your eyes, my father said, doesn’t it sound like the ocean?

I don’t know what you made of us—me and my long-haired father, his fingers calloused from guitar strings and his day job soldering slivers of stained glass into kaleidoscopic patterns—but I doubt we haunted your imagination the way you haunted ours. We’d come into the Olympia together to buy milkshakes before going to the movies at the twin picture theater next door. It was my father’s way of keeping you in business, I thought, though you were at best ambivalent toward your customers, serving them begrudgingly with as few words as possible. Your voice was low, thickly accented, and when you spoke at all it was something more akin to a groan. I never saw you smile.

We thought you were struggling. Why else would you leave the lights off during the day, so the shop was always full of shadows, and leave it lit at night only by a dim, bare yellow bulb? Why else were the boxes of Cherry Ripe and Milkybars and Twirl so dusty and mottled white where the chocolate had melted and reset, the cans of soft drink on the wooden shelves unrefrigerated and lukewarm, the signs for Cadbury and Nescafé and Streets ice cream dating back decades, aged to pale shades of blue and yellow by the sun?

You made it possible for me to see my childhood as something of a fable, and so to believe that it might hold the morals or rewards of a fairytale.

I was still young enough to believe in magic then, in the stories I heard. I realize now you must have only been in your 60s, but I thought you were at least 100—if not older, beyond death, undead. I was a superstitious child, walking around knocking on wood, stepping carefully to avoid the cracks in the pavement, checking for my face in every mirror to make sure I was still part of the land of the living. You made it possible for me to see my childhood as something of a fable, and so to believe that it might hold the morals or rewards of a fairytale. In this world of stepmothers and haunted milk bars, there might be a coherence and a meaning to the things I couldn’t yet understand, like my father’s good but broken heart, my mother’s absence.

So you were a vampire, a ghost, a zombie, depending on who was talking. All the locals had their versions of you. Did you know that they called you Vlad or Drac or Dr. Death because of the way you seemed to materialize out of the shadows, without a sound? There were whispers of a wife who once ran a beauty parlor in the space above, of a brother or a child who died in a mysterious accident, of the body of a bride still kept upstairs. The Milk Bar had to be a drug front, some said. What other reason could there be to keep such late hours when you had so few customers? My best friend and I had more childish theories—we were sure you slept in a crypt and flew around the neighborhood late at night, and we dared each other to peek through the gaps of the wooden fence at the back of your property to see what bones or relics might be hidden in your yard.

If this seems cruel, it’s because I hadn’t yet learned the lesson of Boo Radley—that these characters we craft from the figures of our childhood, strangers, reclusive others in our communities, are actually just people with lives and losses more human, more mortal, than we might care to imagine. Perhaps you would have told different stories about yourself if given the chance—but then again, perhaps you’d rather have been left alone in peace and privacy.

By the time I started high school and waited for the bus each morning at the stop in front of your shop, one of your windows was permanently broken, patched only occasionally with tape and brown paper. My father offered to repair it with leftover glass as a gesture of goodwill, but his offer was rebuked. You never needed anyone’s sympathy, or pity.

These characters we craft from the figures of our childhood, strangers, reclusive others in our communities, are actually just people with lives and losses more human, more mortal, than we might care to imagine.

It was only recently that I learned your name, when I read about how the local council had forced you to shut the shop because the ceiling was in danger of falling in. Once again, you waved away offers of support, fundraisers and donations offered by well- meaning fans to help with repairs and keep the Olympia open. Do you know that all these years later, adults who’d once visited your shop as kids speak on Facebook groups and Reddit forums of “the Haunted Milk Bar,” “the Dark Place,” and long to take their own children there, as my father had with me?

Your family name, Fotiou, is Greek, like Olympia, which stems from Olympus, the mythic home of the gods. You emigrated from the island of Lemnos in the 50s, but you didn’t follow the familiar immigrant narratives, neither shedding your past to embrace Australian life nor staying closely knitted to the local Greek community. It’s in your native tongue that one can find the root of the feeling I get when I think of the Olympia, all these years later. Far from the sugary, sentimental mood we associate with nostalgia, it originally described something more visceral, forged out of two words stitched together: nostos (return home) and algia (pain).

By the time I lived three doors down from you, I’d moved house every year since I was born—sometimes twice, if my mother and father both relocated, after they separated when I was four. It hurts, that kind of longing, the desire to go back to a place that feels like home. I knew what it was like to straddle two lives, never belonging truly in either one, because something would always be missing.

I’m older now. I’ve married, crossed oceans, become an immigrant myself. I’ve lived in many other places I’ve come to call home, but when I read about the Olympia’s closure, it felt like the final curtain call of my childhood.

It’s locked up now, your shop. I picture its interior just as it always was: frozen in time but not immune to its damages. The Formica tabletops peeling back at the edges, the greasy metal counter, the neon sign that was always burned out. What were you trying to preserve? Was the Milk Bar your monument to another time or place that felt more like home? Or do I just want to see it that way—21 years later—still looking to stories to give meaning to what I’ve failed to understand?

You’re no less of a ghost to me than you were then, when I was that sweet-breathed, gap-toothed girl holding tight to her father’s hand. But I wonder more now about the realities of your life, the fabric of your own nostalgia. Those stories we told about you—they obscured who you were, but maybe they granted you the solitude you desired. Across generations, you bound a community together, even if you never really wanted to be part of it. 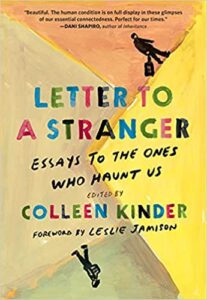 Excerpted from Letter to a Stranger: Essays to the Ones Who Haunt Us, edited by Colleen Kinder. Reprinted with permission of the publisher, Algonquin Books. Copyright © 2022.

Madelaine Lucas is the author of the debut novel Thirst For Salt, forthcoming in 2023 from Tin House, Allen & Unwin, and Oneworld. She is a senior editor of NOON and teaches creative writing to adults and young people at Columbia University, Catapult, and in private workshops. She lives in Brooklyn 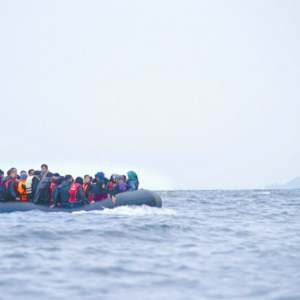 After ten hours at sea, Kaleb appealed to God for a sign. He was crouched in the middle of an overcrowded rubber boat, which...
© LitHub
Back to top
Loading Comments...