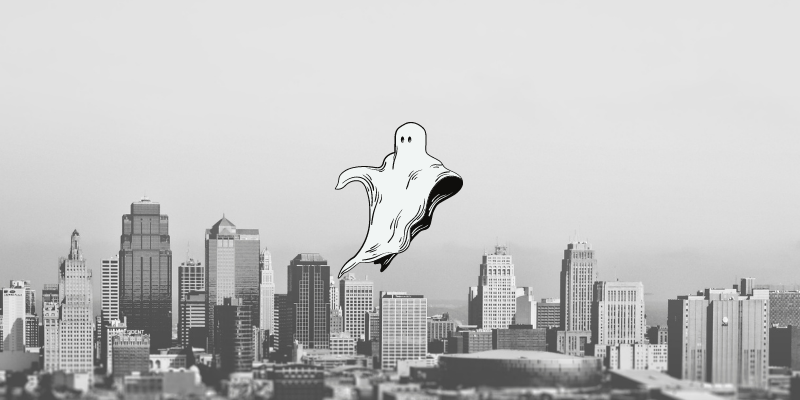 An ode to the ghost tour.

The first time I saw a horror movie, I was 11. It was at Christy Z.’s birthday party, and for some reason, her parents let us watch The Eye. The Eye, starring Jessica Alba, is a very scary movie about a blind musician who receives the gift of sight through an organ donor, except those eyes are haunted and now everywhere she goes, she sees the stories of tragic deaths from years ago played out before her. I am admittedly afraid of everything, but this is legitimately one of the most terrifying things I’ve ever been forced to watch. (Christy Z. and I are no longer friends.) However, I did think one thing about this concept was cool: the ability to hear stories from the people who desperately needed to tell them, the power to see a second layer over everyday life.

Enter the ghost tour! Every time I find myself in a new city, I go on a ghost tour. Why not? It’s the perfect way to see the sights—just at an interesting slant. When you think about it, ghost tours can really encompass all aspects of a place in a way that other tours can’t. They bring the past into the present. They explain odd local superstitions and traditions. They get into architecture and structural ruin. They have this magical ability to cover swaths of the nation’s history through the lens of a few unfortunate souls. (And I can’t stress this point enough: I have to leave the room during horror movie trailers, but ghost tours are not scary and always a goddamn delight! Think of them less like hauntings and more like personal, living stories.) When I was visiting a friend in Philadelphia (a thoroughly spooky place), our guide put it best when she said, “History classes just teach the most boring part of it. People have always been weird and fascinating.”

(A hot tip: the tours by the group Free Tours By Foot are, as the name suggests, free/pay-what-you can. One of their major goals is to make learning about the cities they love a financially accessible experience. Since the pandemic, they have also been offering some of their tours virtually. Here are some hauntings around New Orleans, if you dare.)

For obvious reasons, I haven’t been traveling much recently, but I have taken this opportunity to become a (ghost) tourist in my own city, a place that on most days feels straight-up cursed. (Have you seen Ghostbusters II?! There’s a reason the portal to all evil opened under our subway system.)

It casts a different light on the world. It conflates time in a way that only good storytelling can. Mark Twain and Edgar Allen Poe are still sauntering down the cobblestone streets of the West Village. Silent film star Olive Thomas is still flirting with guests at the New Amsterdam. Over at Chumley’s, the speakeasy owners are waiting for F. Scott Fitzgerald, Willa Cather, and Edna St. Vincent Millay to arrive. Dorothy Parker is drinking at The Algonquin right now.

Every time I’m on one of these tours, I am struck by how many of the stories seem to have a literary bent. Of course, it sort of makes sense. As writers, we just can’t let a lot go. We want to set the record straight. We haunt the place. And what are ghosts if not the stories we keep telling?